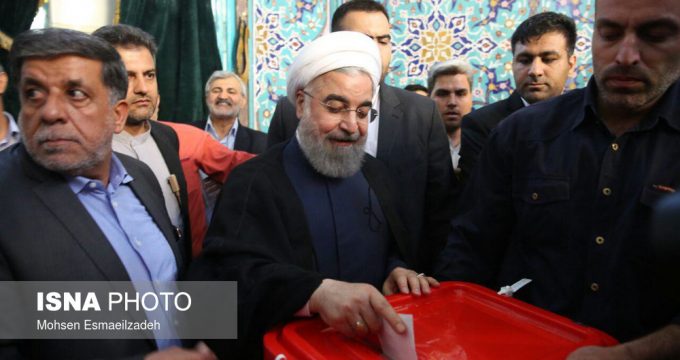 He told reporters after casting his vote in the presidential and local elections.

All should help the elected president the day after elections with unity and consolidation, Rouhani added.

‘The people will determine the destiny of their country by attending the polling stations,’ he said.

“Massive turnout of people paves the way of progress for the country,’ the presidential candidate noted.

‘We are moving towards a new century according to the Iranian calendar and we should get prepared for it.’

Rouhani said that the elections are also effective on Iran’s stance in the region and the world.

The presidential hopeful underlined the importance of respecting the law in the elections and also administering the country.

Voting stations opened in Iran at 8am local time (03:30am GMT) on Friday for the 12th presidential and the fifth city and village councils elections in about 63,500 polling stations.

In addition to the 12th presidential election and the fifth city and village councils election, by-election is also being held in the cities of Isfahan (in Isfahan province), Maragheh, Ahar, Heris (in East Azarbaijan province), Ajabshir, Bastak, Parsian and Bandar Lengeh (in Hormuzgan province ) to elect representatives for a number of vacant parliament seats.