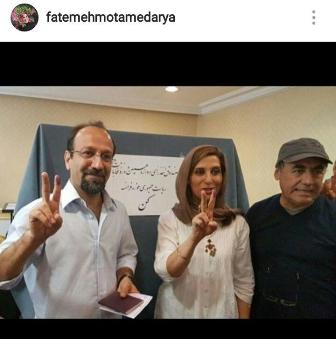 IRNA – The illustrious Oscar-winner Iranian film director, Asghar Farhadi cast his vote on the sidelines of the Cannes Film Festival on Friday.

Farhadi, the winner of two Academy Awards, inaugurated the 70th Cannes Film Festival officially on Wednesday. The event is being held from May 17th to 28th.

The famous Iranian actress Fatemeh Motamed Aria published a photo of hers standing beside Farhadi while casting their votes in the ballot box on her Instagram account.