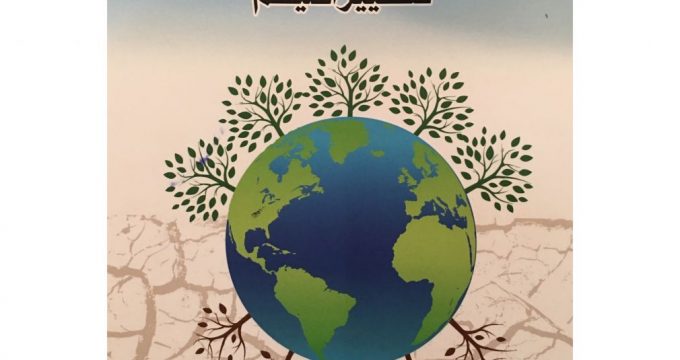 Financial Tribune – Iran on Tuesday unveiled a plan to combat climate change and meet its carbon emissions cuts by 2030.

Officially called the National Strategic Plan on Climate Change, it was launched in a ceremony attended by the Department of Environment chief, Massoumeh Ebtekar, and UN Resident Coordinator in Iran Gary Lewis, at the DOE headquarters in Tehran.

“The plan was put together thanks to the efforts of the ministries of interior, energy, oil, health, agriculture and roads, as well as researchers, academics and UN experts,” Ebtekar was quoted as saying by the official website of the department.

“This is a multi-sectoral plan, a national plan, which will serve as a supplement to the environmental measures outlined in the sixth five-year economic development plan (2017-22).”

Ebtekar said all relevant organizations have devised 15-year plans based on which they must reduce their greenhouse gas emissions.

The plan was ratified by the parliament last year. However, officials deemed it necessary to unveil the plan publicly “to raise awareness”, Mohsen Nasseri, director of the National Climate Change Office, said.

Nasseri said the plan’s “macro policies” include measures to ensure food security, make efficient use of water and allow groundwater reserves to replenish.

The plan also has dedicated sections on agriculture, health and mitigation of climate change impacts.

Highlighting the importance of the plan, the UN resident coordinator said Iran’s commitment to slashing its emissions “helps the country achieve its sustainable development goals”.

“Iran is vulnerable to the impacts of climate change but more importantly, it is aware of it,” he said, adding that the same cannot be said for parts of this planet whose peoples have not realized the gravity of the situation.

For Iran, tackling climate change is crucial because of its impacts on water resources and forests, both of which have suffered greatly as a result of increasing global temperatures.

According to Iran’s Meteorological Organization, the country’s greenhouse gas emissions have increased by 3% in the past decade and the average temperature has risen by 1.8 degrees Celsius since 1750, considerably higher than the global average of 1.1°C.

A climate change roadmap unveiled by the government in 2015 states the need for significant policy reform in the energy sector, which is responsible for over 90% of Iran’s greenhouse gas emissions.

However, policy reforms must also be accompanied by modern technology, something the European Union said last month it would help Iran with.

The government in Tehran has pledged to reduce its carbon emissions by 4% based on the business-as-usual scenario by 2030. Given sufficient financial aid, Iran says it can reduce its emissions by a further 8%.

Official estimates suggest that $17.5 billion in investment are needed to ensure Iran meets its unconditional pledge, i.e. without international aid. To meet its conditional pledge of 12% reduction, Iran would need $52.5 billion.