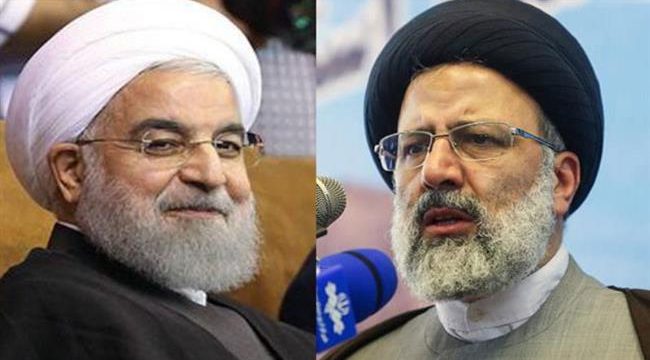 Rouhani, Raeisi in heated race to win over voters in Mashhad

Press TV – On the last day of campaigning for Iran’s 12th presidential election, the two main rivals gearing up for a head-to-head battle, Hassan Rouhani and Seyyed Ebrahim Raeisi, are revving up their campaigns in the northeastern city of Mashhad.

Incumbent President Rouhani arrived in Mashhad, the capital of Khorasan Razavi province, on Wednesday afternoon, and is scheduled to address his supporters in Takhti Stadium.

Concurrent with Rouhani’s campaigning, Raeisi, the current custodian of the Holy Shrine of Imam Reza (PBUH), will also address his supporters in his home town.

Two days before the election, the campaigning of the two main contenders is seen as a last-ditch effort to win over undecided voters.

Unemployment and economic woes have centered the agenda of the candidates.

Over 56 million Iranians eligible to vote can cast their ballots in more than 65,000 ballot boxes across the country in the Friday election, according to Iran’s Interior Ministry. Iranian expats will also be able to vote in more than a hundred countries.

The six attended three live televised debates to elaborate on their plans and agendas on different issues, including political, economic and cultural fields.

Into the last days of campaigning, Qalibaf and Jahangiri pulled out of the race in support of Raeisi and Rouhani respectively.

Earlier in the day, Aqa-Mirsalim (seen below), who is accompanying Raeisi during the campaign in Mashhad, gave a press conference in Tehran on Wednesday, saying he would not withdraw from the race unlike fellow contenders, but will respect the vote of the people.

“I will remain in the race until the end of the election. Whatever the choice of the people, I will respect their vote,” he said.

Aqa-Mirsalim added that he stepped into the race after having analyzed the current situation of the country.