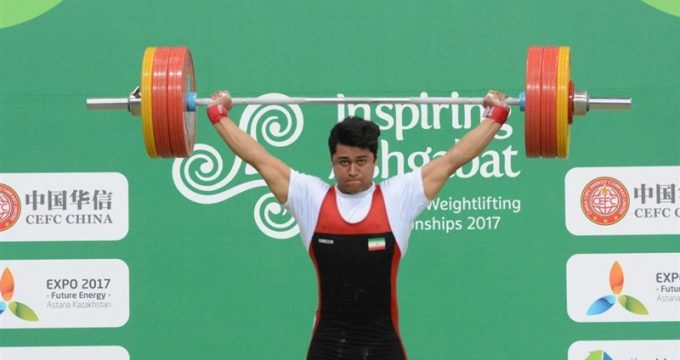 Mousavi lifted the 169kg in the snatch and 212kg in the clean and jerk and won the gold medal for a total of 381kg.

Uzbekistan’s Farkhodbek Sobirov won a silver medal by lifting a total of 380 kg.

The bronze medal went to Azerbaijan’s Rovshan Fatullayev who lifted 376 kg in total.

More than 3,000 athletes from 54 countries of the Islamic Solidarity Sports Federation are competing in 21 sports at the Games.

The Baku 2017 Islamic Solidarity Games started May 8 and will last until May 22 in Azerbaijan’s capital.