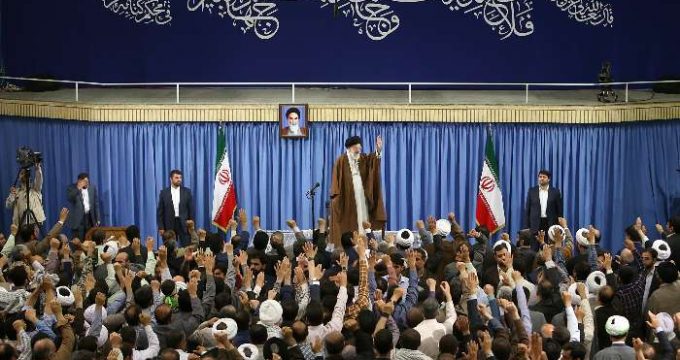 Leader of the Islamic Revolution Ayatollah Seyyed Ali Khamenei says Iran is preparing for its presidential elections in a secure and calm environment at the heart of a region rife with unrest.

Iran’s ambassador and permanent representative to the United Nations says that women have suffered the most from the recent crises in the Middle East.

Iranian Interior Minister Abdolreza Rahmani Fazli said he is going to declare the results of Friday’s presidential election only once they are finalized, noting that the rule forbids piecemeal release of the vote counts.

A group of senior Iranian clerics underlined the importance of the annual Hajj pilgrimage and voiced their support for Iranian pilgrims’ participation in this year’s Hajj.

Head of the electoral committee of Iran’s May 19 presidential election candidate Mohammd Baqer Qalibaf said his withdrawal has officially been announced in a letter to the Interior Ministry.

Rouhani, Raeisi in heated race to win over voters in Mashhad

On the last day of campaigning for Iran’s 12th presidential election, the two main rivals gearing up for a head-to-head battle, Hassan Rouhani and Seyyed Ebrahim Raeisi, are revving up their campaigns in the northeastern city of Mashhad.

Iranian FM: US fully fails in verification test of commitment

Iranian Foreign Minister Mohammad Javad Zarif underlined that Washington has completely failed in remaining committed to its undertakings based on the 2015 nuclear deal with Tehran.

Spokesman for Iran’s Guardian Council said the influential body, which is in charge of supervising elections, is not of the same mind with the Interior Ministry about its decision not to publicize the ballot counts gradually after conclusion of Friday’s presidential election.