Iran has the region’s second largest economy after Saudi Arabia. With 79.11 million inhabitants (2015, World Bank), it is also the second most populous country in the Middle East, after Egypt. 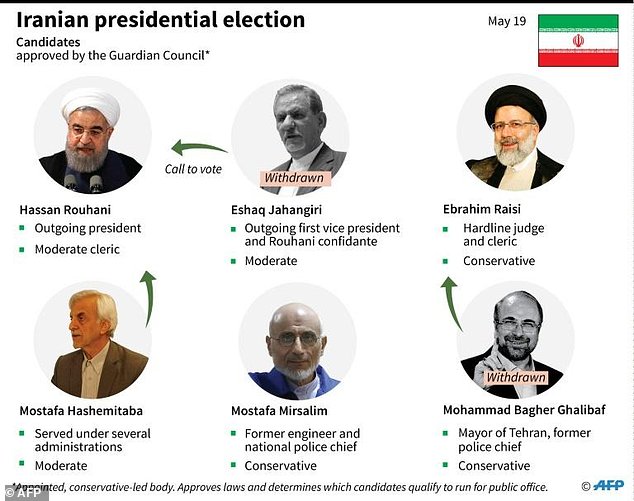 A founding member of OPEC, it has the world’s fourth-biggest oil reserves and the second-largest gas reserves, after Russia.

Some economic sanctions imposed on Iran over its nuclear programme have been lifted since mid-January 2016, allowing Tehran to resume oil exports and pick up trade with the European Union.

However, the fall in the price of crude has weighed on the economy.

Unemployment officially stands at 12.5 percent, including 27 percent of young people — which analysts say is an understatement — and foreign investment is only trickling in.

The descendant of the Persian Empire, it was long a monarchy ruled by a shah and dominated by the Pahlavi dynasty from 1925 to 1979.

In January 1979, shah Mohammed Reza Pahlavi was driven out by a popular revolt. Ayatollah Ruhollah Khomeini, a revolutionary cleric who had lived in exile for a decade and a half, made a triumphant return on February 1.

The shah’s government fell 10 days later when public radio announced “the end of 2,500 years of despotism”.

An Islamic republic was proclaimed on April 1.

Between 1980 and 1988 Iran fought a war with Iraq in which more than a million people were killed.

For centuries, Shiite-majority Iran has competed with Turks and Arabs for regional supremacy. Currently, its main rival is Sunni heavyweight Saudi Arabia.

The two countries have taken opposing sides in wars in Syria and Yemen.

In Syria, Tehran backs the regime of President Bashar al-Assad, a member of the minority Alawite community, against Sunni rebels supported by Riyadh.

In Yemen, Saudi Arabia fights in support of pro-government forces against Iran-backed rebels and their allies.

After eight years of rule by reformist president Mohammad Khatami (1997-2005), hardliner Mahmoud Ahmadinejad took office in 2005. His re-election in June 2009 sparked a massive political crisis and a crackdown on nationwide protests that decimated the reformist movement.

Terms of the accord stipulate that Tehran will not try to build a nuclear bomb, an ambition it has always denied. In exchange, many international sanctions were lifted although remaining US sanctions continue to stifle trade.

The highest political authority is the supreme leader, who has the final say on all national issues.

The president, elected for four years by universal suffrage, nominates the government.

The Assembly of Experts is a body of elected clerics that oversees the functions of the supreme leader. Constitutionally, it has powers to select and even dismiss the leader.

Parliament’s powers are limited when compared to other institutions, and it is vetted by the Guardian Council.

The Expediency Council is Iran’s top political arbitration body, tasked with resolving disputes between parliament and the Guardian Council and of advising the supreme leader.

The Revolutionary Guards are the elite arm of the country’s military, and deeply embedded in Iranian political and economic life.