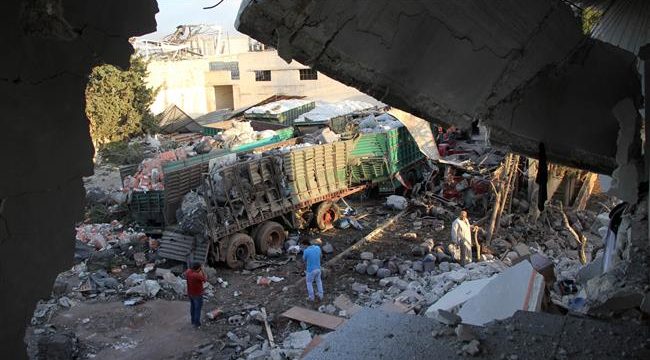 Russia, Turkey and Iran map out de-escalation zones in Syria

TASS– On May 4, Russia, Iran and Turkey agreed to set up four de-escalation zones in Syria

Guarantors of Syria ceasefire – Russia, Turkey and Iran – are actively working on implementing a memorandum on creating de-escalation zones in Syria, including on drawing up a map and establishing checkpoints, Kazakhstan’s Foreign Minister Kairat Abdrakhmanov said on Tuesday.

“Currently, countries-guarantors and all parties concerned are working on implementing the memorandum on setting up the so-called de-escalation zones. The recent working meetings between Kazakhstan’s President Nursultan Nazarbayev in Beijing with the senior leadership of Russia and the Turkish Republic showed that the sides are actively working on various aspects of fulfilling this memorandum,” Abdrakhmanov said on the sidelines of a government meeting.

On May 4, Russia, Iran and Turkey agreed to set up four de-escalation zones in Syria. Under a memorandum signed at the talks in Kazakhstan’s Astana, these four zones include the Idlib province and some parts of neighboring provinces (Aleppo, Latakia and Hama), an area north of Homs, Damascus’s suburb Eastern Ghouta, and a number of provinces in southern Syria – Daraa and Al-Quneitra. In those areas, combat operations, including flights by military aircraft, are outlawed starting from May 6. The memorandum was concluded for six months and can be extended automatically.