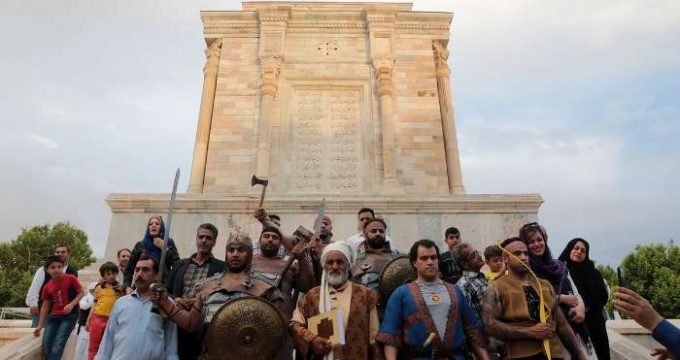 In a ceremony held in the northeastern city of Mashah on Monday, the country’s cultural and political figures marked the ‘National Day of Ferdowsi’.

Ferdowsi was born in 940 CE in a small village near the ancient city of Tous in Iran’s Khorasan Razavi Province.

The poet is best known for his magnum opus, Shahnameh (Book of the Kings), which is a classic in epic Persian poetry and recounts Iran’s mythical and historical past.

The book which had great influence on the nation’s cultural heritage chronicles the legendary history of the pre-Islamic kings of Iran from Keyumars to Yazdegerd III.

Ferdowsi spent over three decades to write the book in Persian at a time when Arabic was the main scientific and literary language of Iran.

Shahnameh is composed of 55,000 couplets and has been translated into several languages.

Every year, Iran pays tribute to its great poet on National Ferdowsi Day marked on May 15.