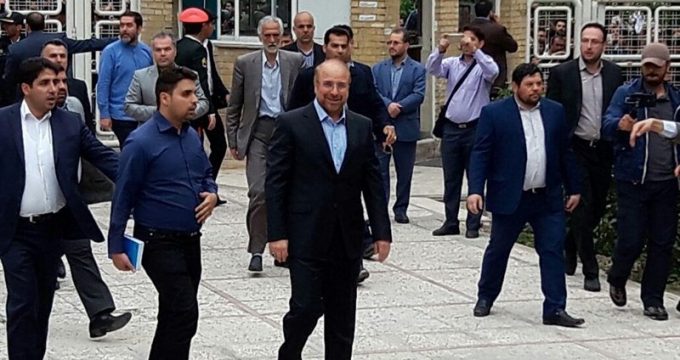 US reports on Iran’s defense power shows the country’s limited intelligence on our actual military might, Deputy Chief of Staff of the Iranian Armed Forces said Monday.

French Ambassador to Tehran Francois Senemaud stressed that the new government of France, as one of the signatories to the Iran’s nuclear deal, will abide by its commitments under the agreement.

Palestine Intifada Conference Secretary General Hossein Amir-Abdollahian said Tehran’s consideration of Egypt’s role in the restoration of the rights of the Palestinian people reminds the need for Islamic countries to confront the expansionist aims of Zionist regime.

German engineering services group Bilfinger’s projects in Iran are running according to plan, its chief executive told journalists on a conference call after the company published first-quarter earnings on Monday.

The deputy prime minister of the Republic of Azerbaijan in a meeting with the deputy of the Iranian Red Crescent on Sunday appreciated Iran’s humanitarian aids to the Azeri war refugees at the time of Nagorno-Karabakh conflicts.

Iran wants India to buy all of the natural gas to be produced from the Persian Gulf block at a price equivalent to the rate Qatar charges for selling liquefied natural gas (LNG) to India under a long-term deal.