A Look at Iranian Newspaper Front Pages on May 14

Iran Front Page- IFP has taken a look at the front pages of Iranian newspapers on Sunday and picked headlines from 14 of them. IFP has simply translated the headlines and does not vouch for their accuracy.

Another top story was the remarks made by presidential candidate Mostafa Hashemitaba in support for Rouhani. Hashemitaba clearly stated that he will vote for Rouhani in May 19 elections, but stressed that he won’t withdraw.

1- Rouhani: Some Stabbed Us in the Back; I’m Sacrificing My Reputation for People

2- Jahangiri: Dialogue for Coalition Has Started between Candidates 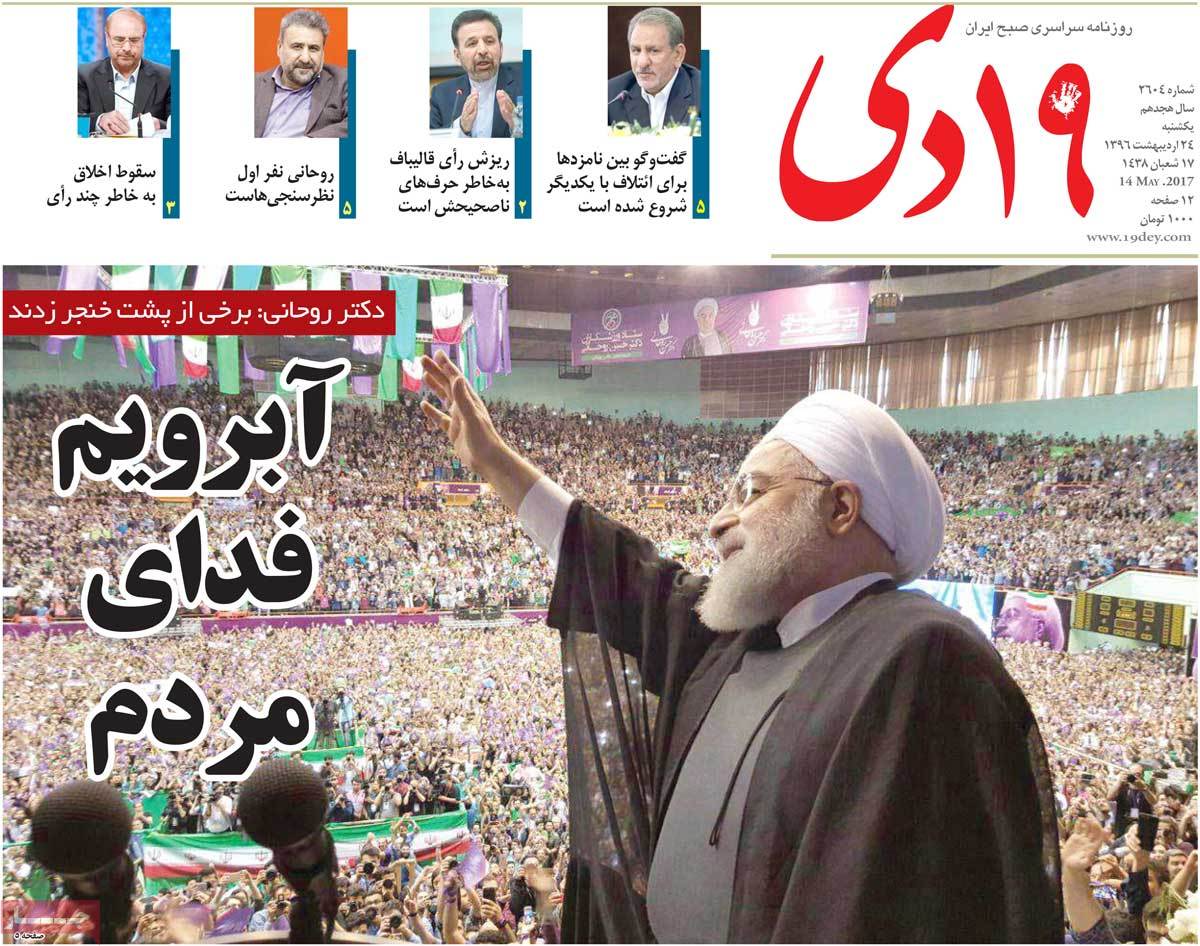 3- Raisi: We Can Save the Country under Current Circumstances 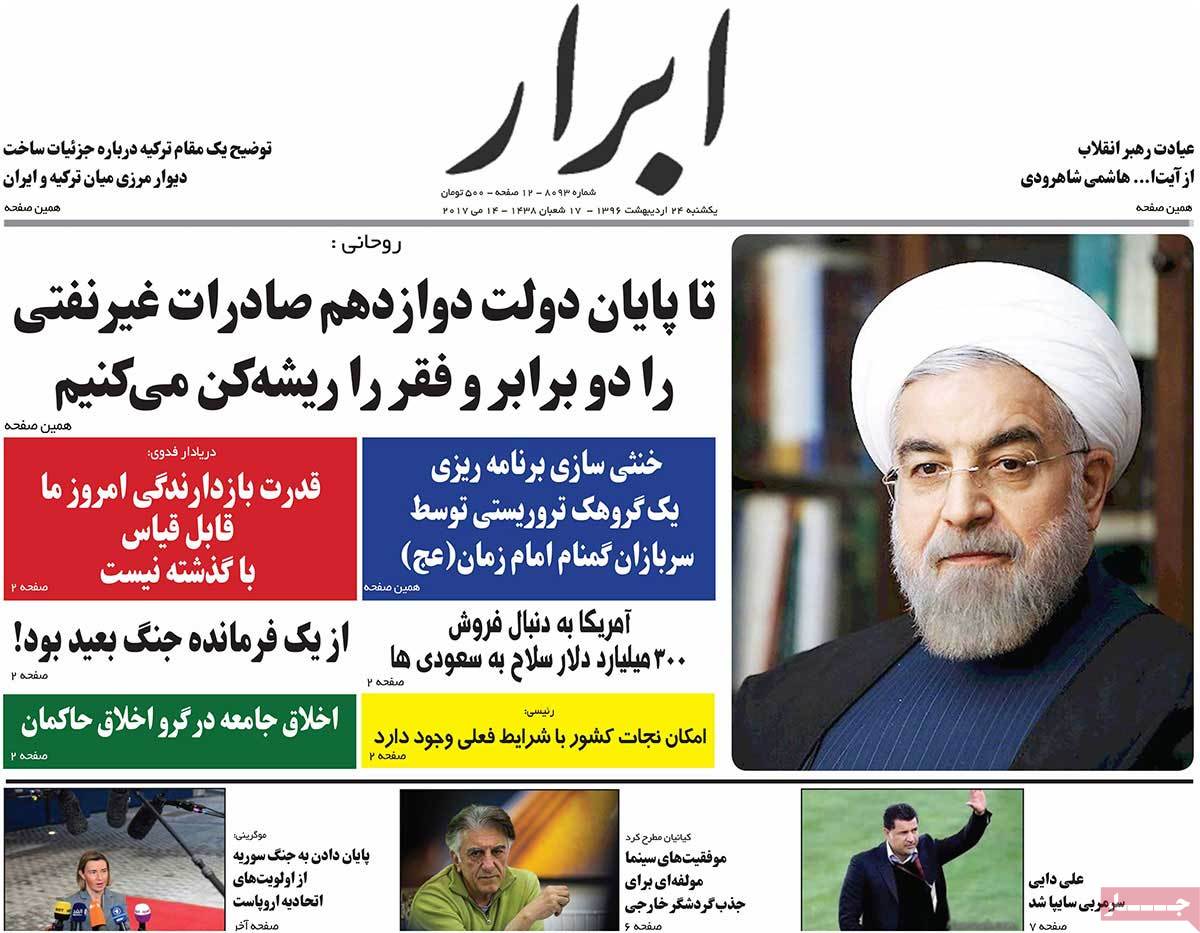 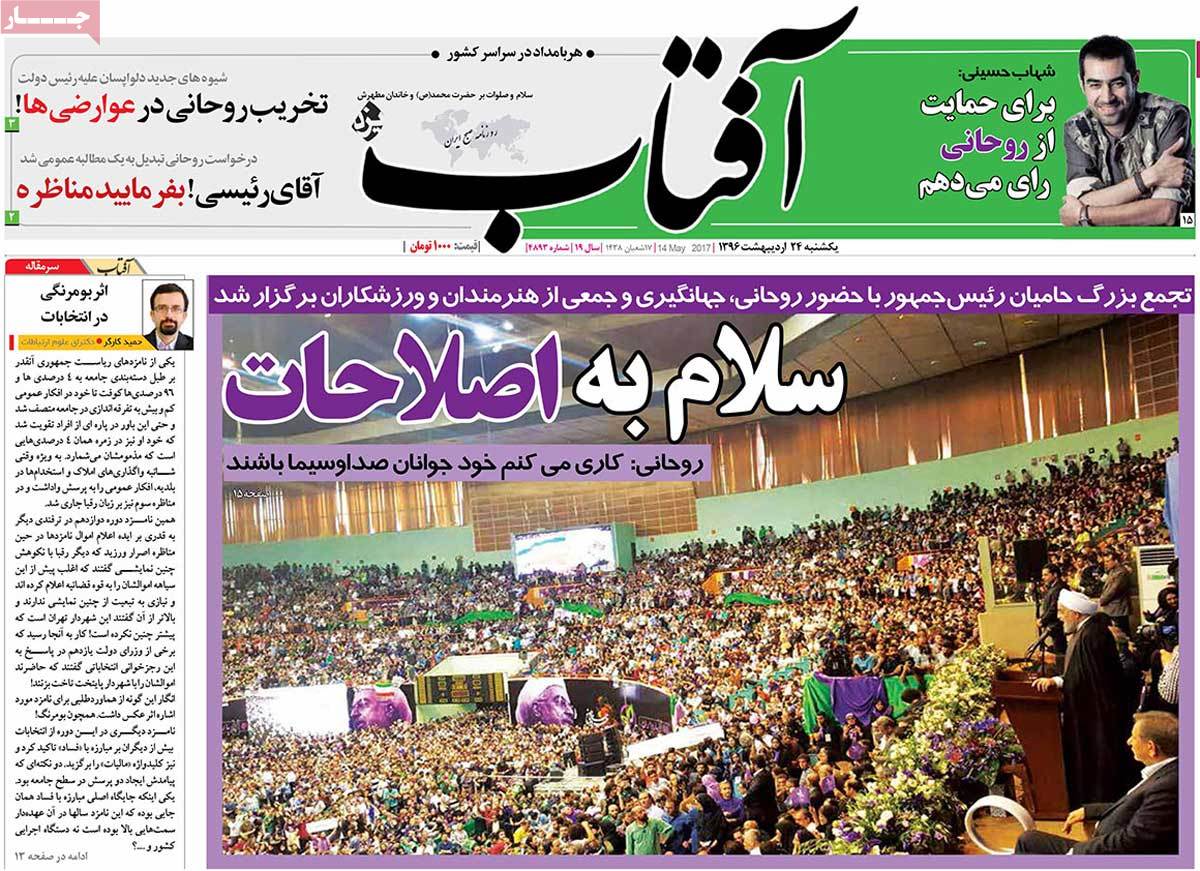 1- Jahangiri: Reformism Movement is within Establishment

2- Raisi: We Should Work Honestly for People 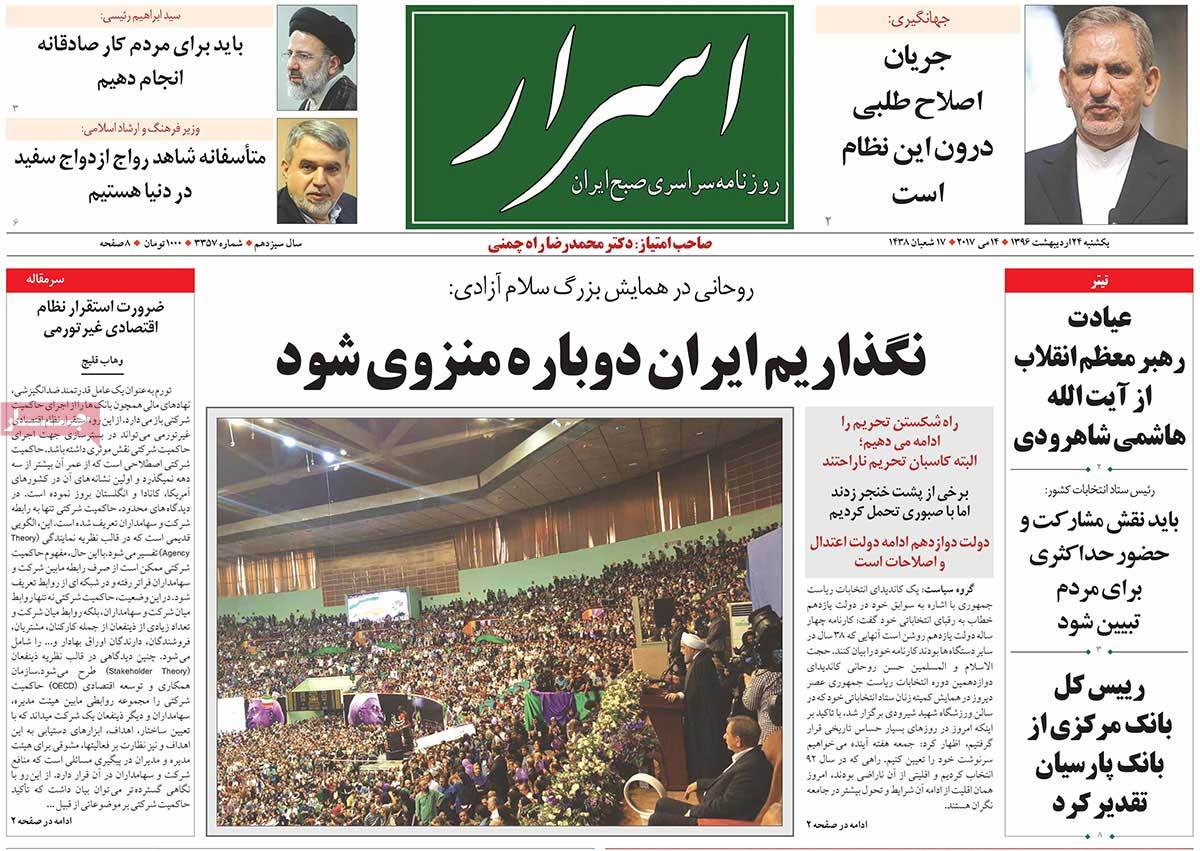 1- Hashemitaba: I’ll Vote for Rouhani, but I Won’t Withdraw

2- Rouhani Fans Shout: We’ll Never Return to the Past 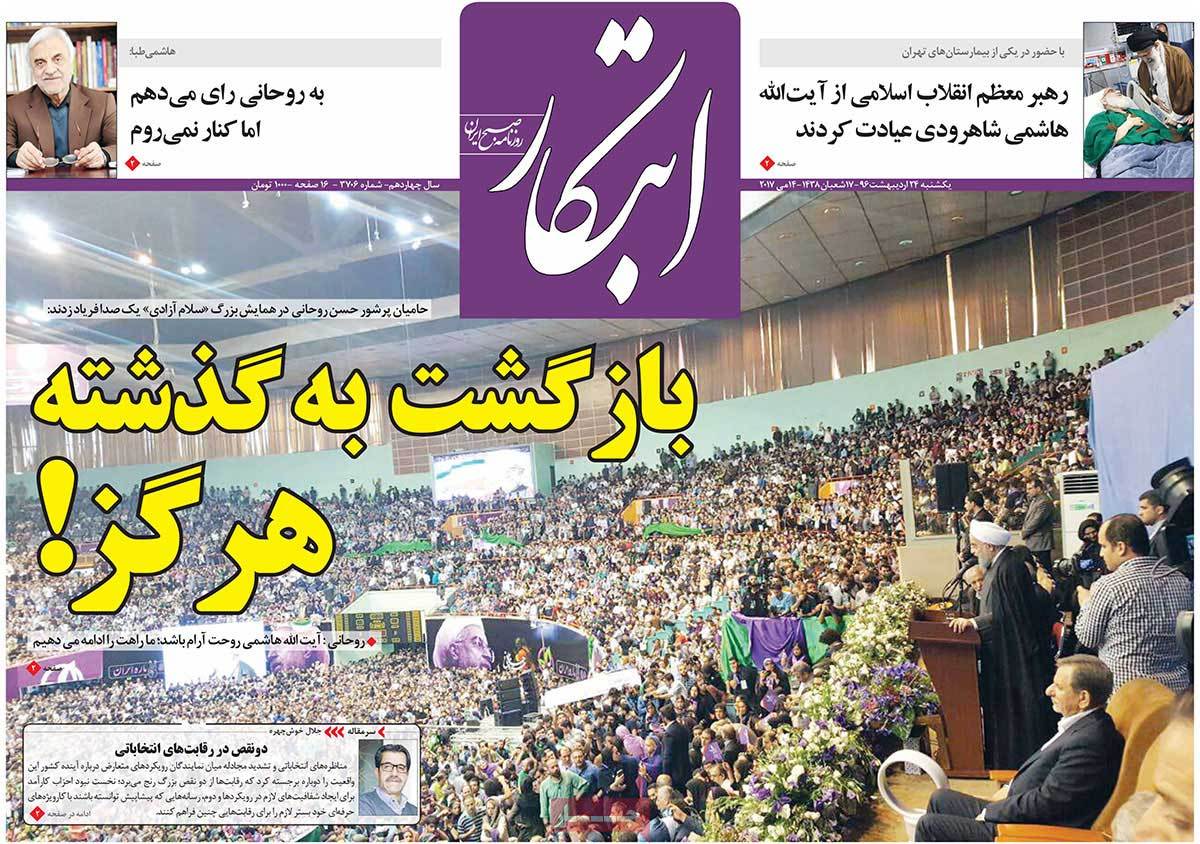 1- Fight against Contrabands Needs Cooperation of All Bodies: Official 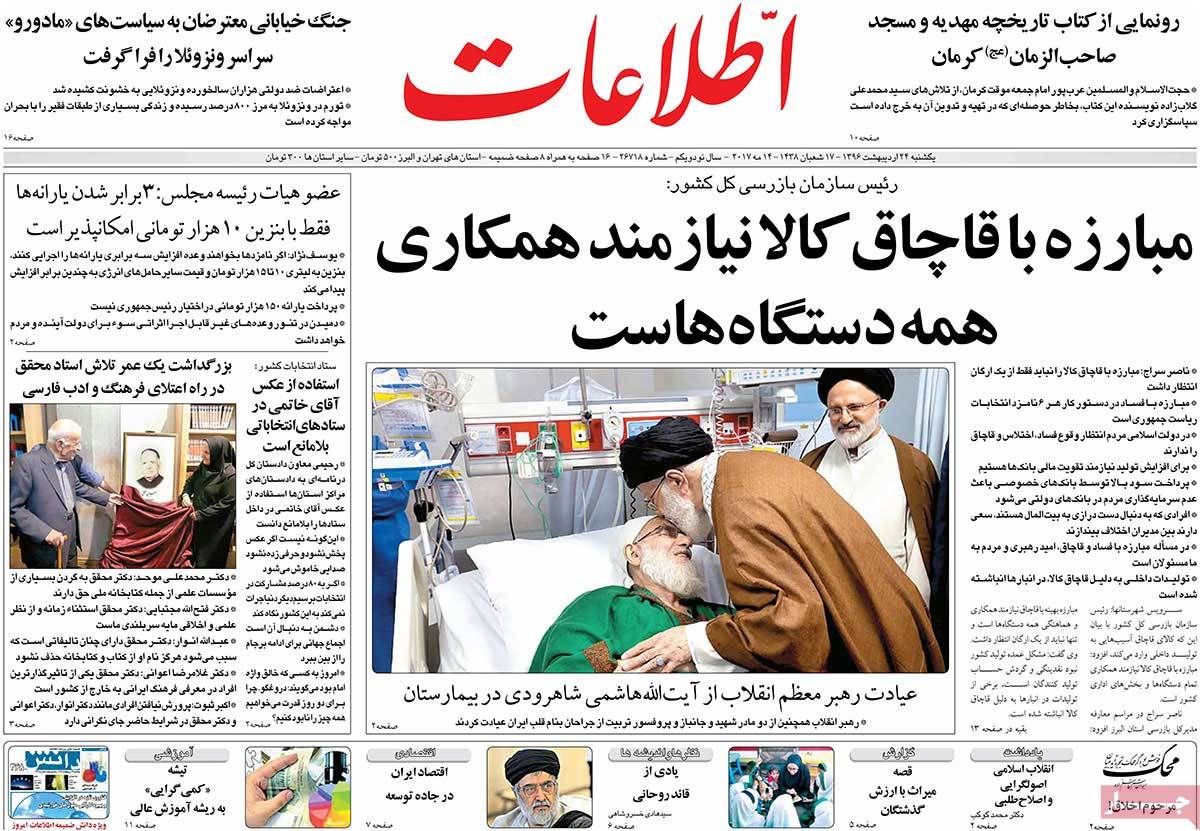 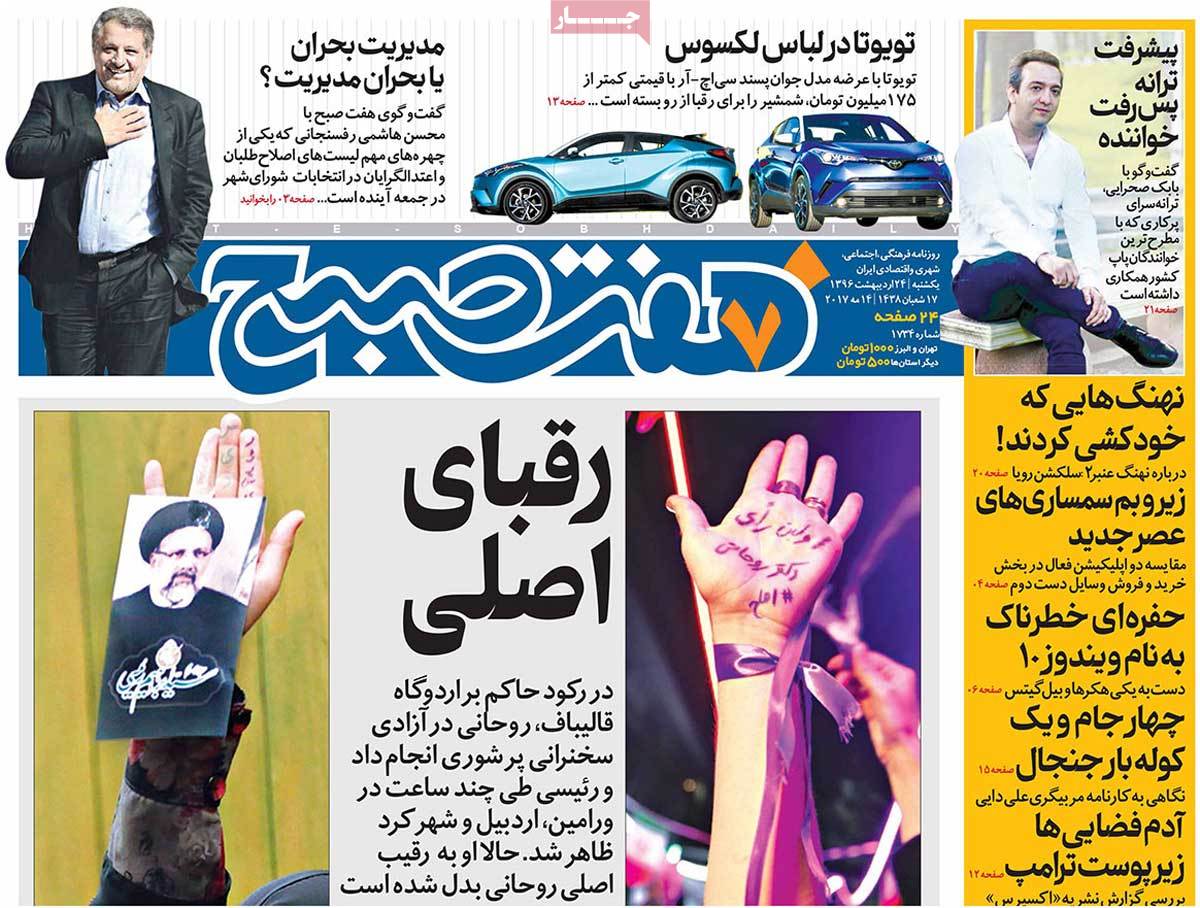 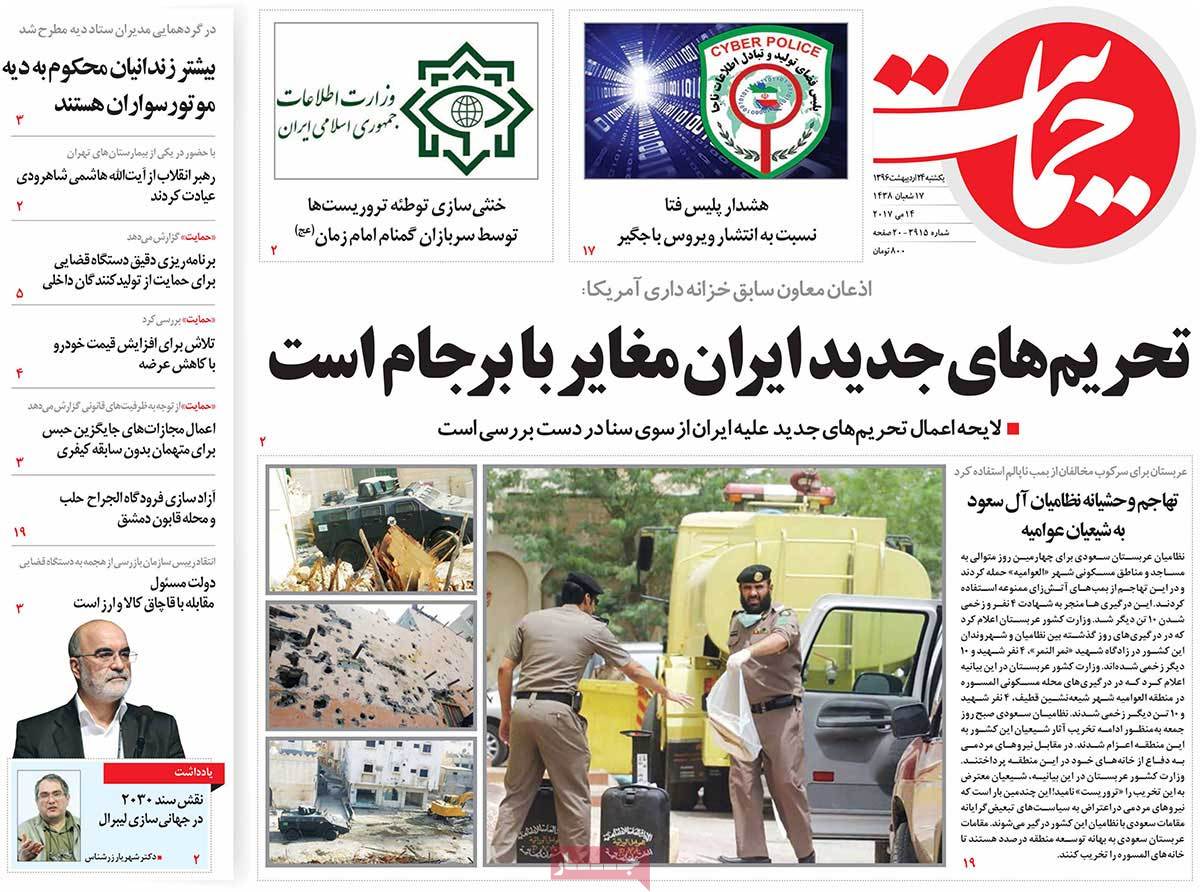 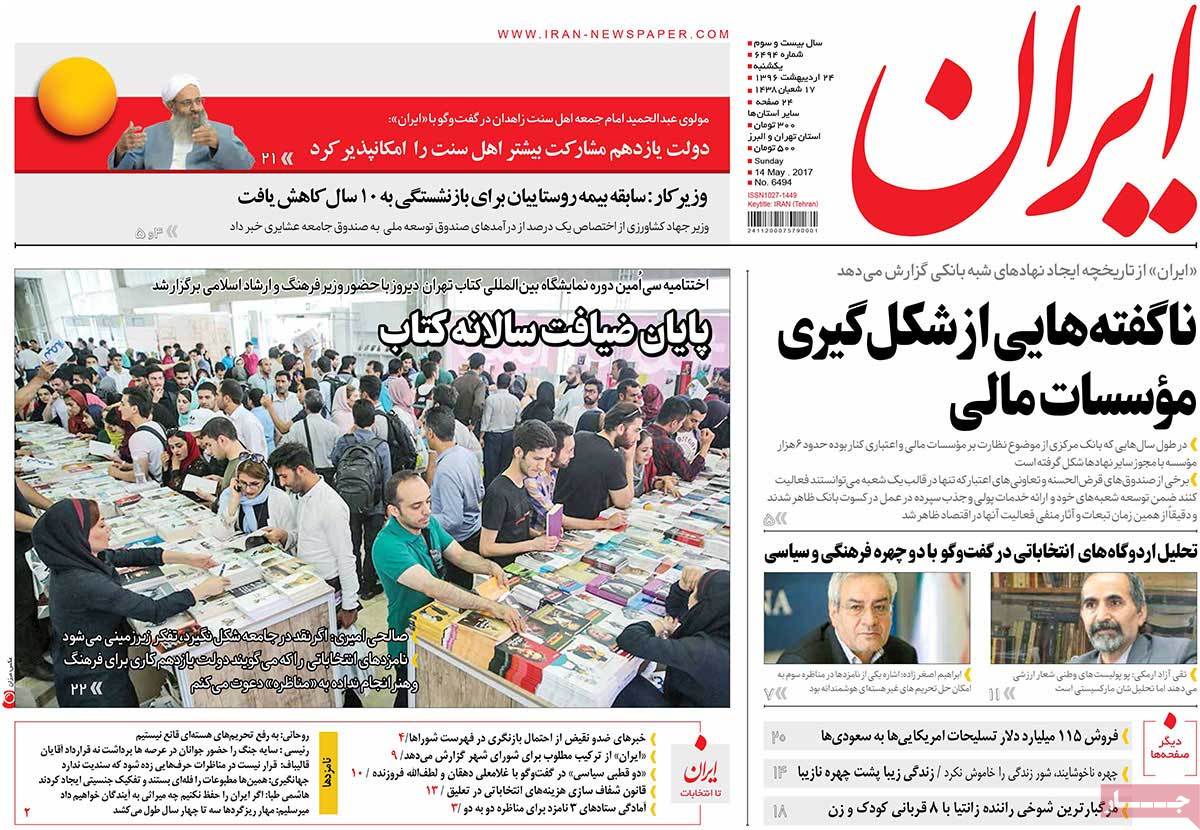 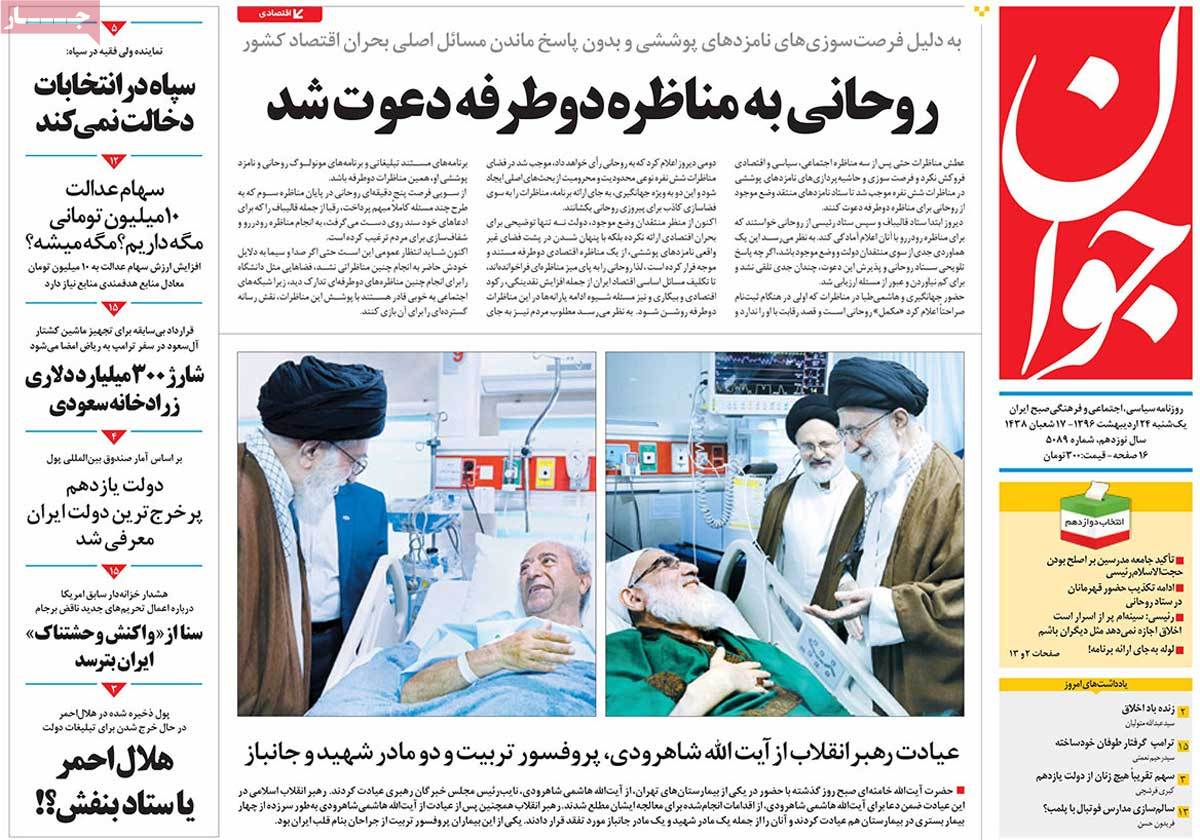 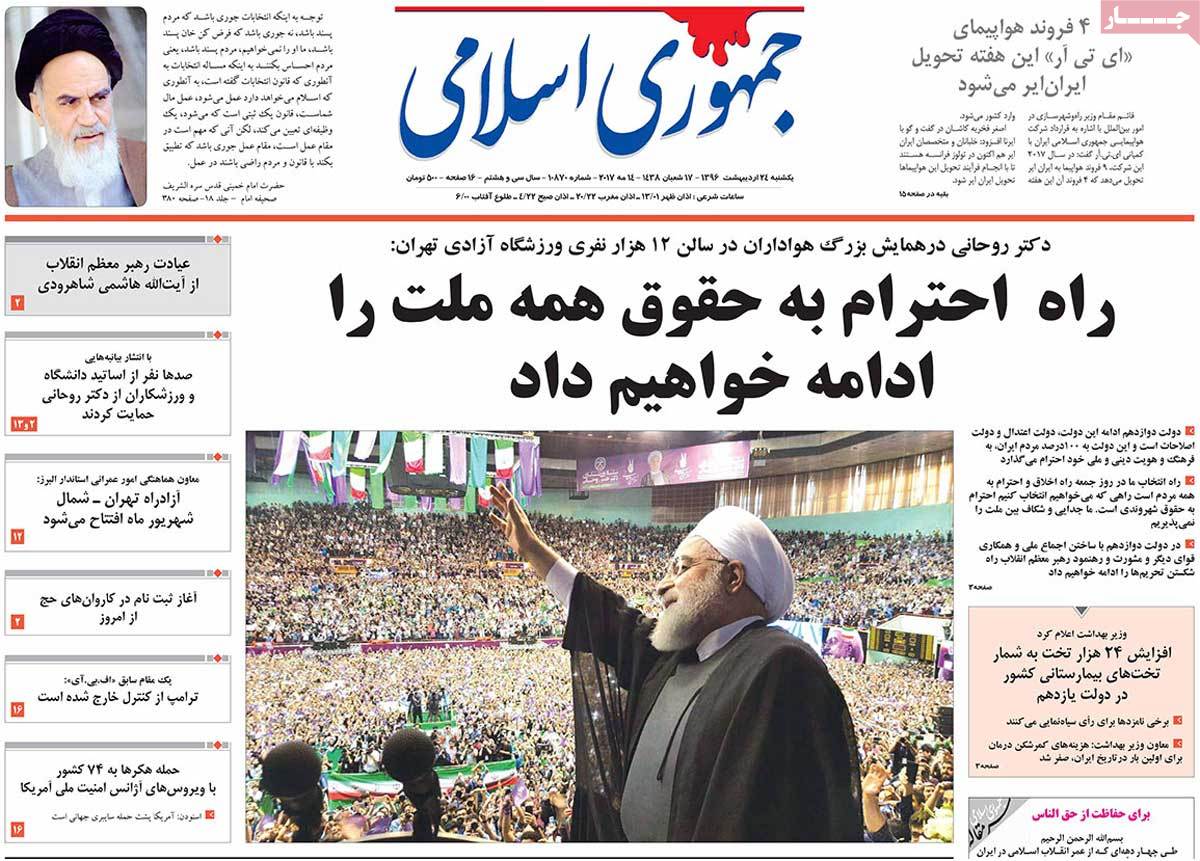 1- Government Fails in Test of Honesty, Accountability Due to Its Blatant Lies

2- Fear of People’s Awareness: 60 Lawsuits Filed against Kayhan in 10 Days 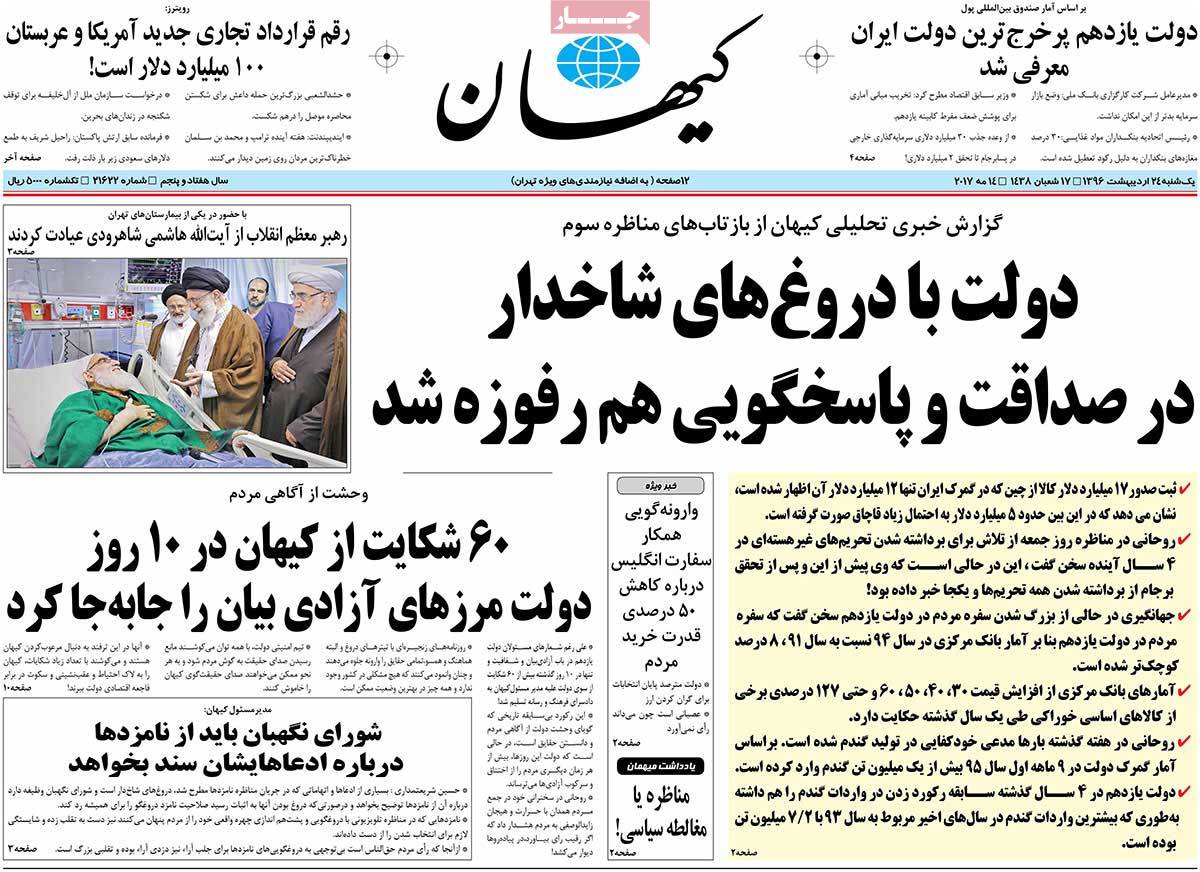 1- Raisi: Four Years Were Wasted Because of Dependence on Foreigners

2- Mirsalim: Rouhani Administration’s Look Only on US 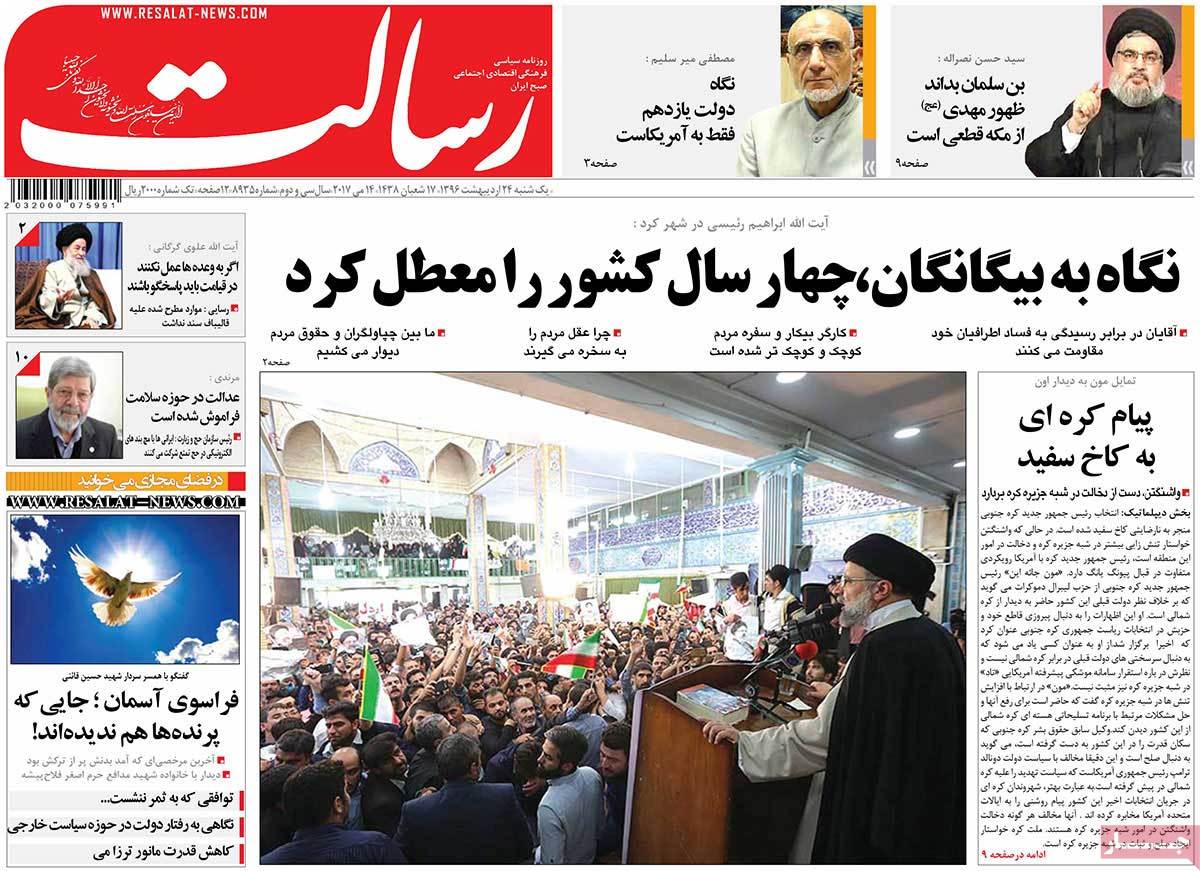 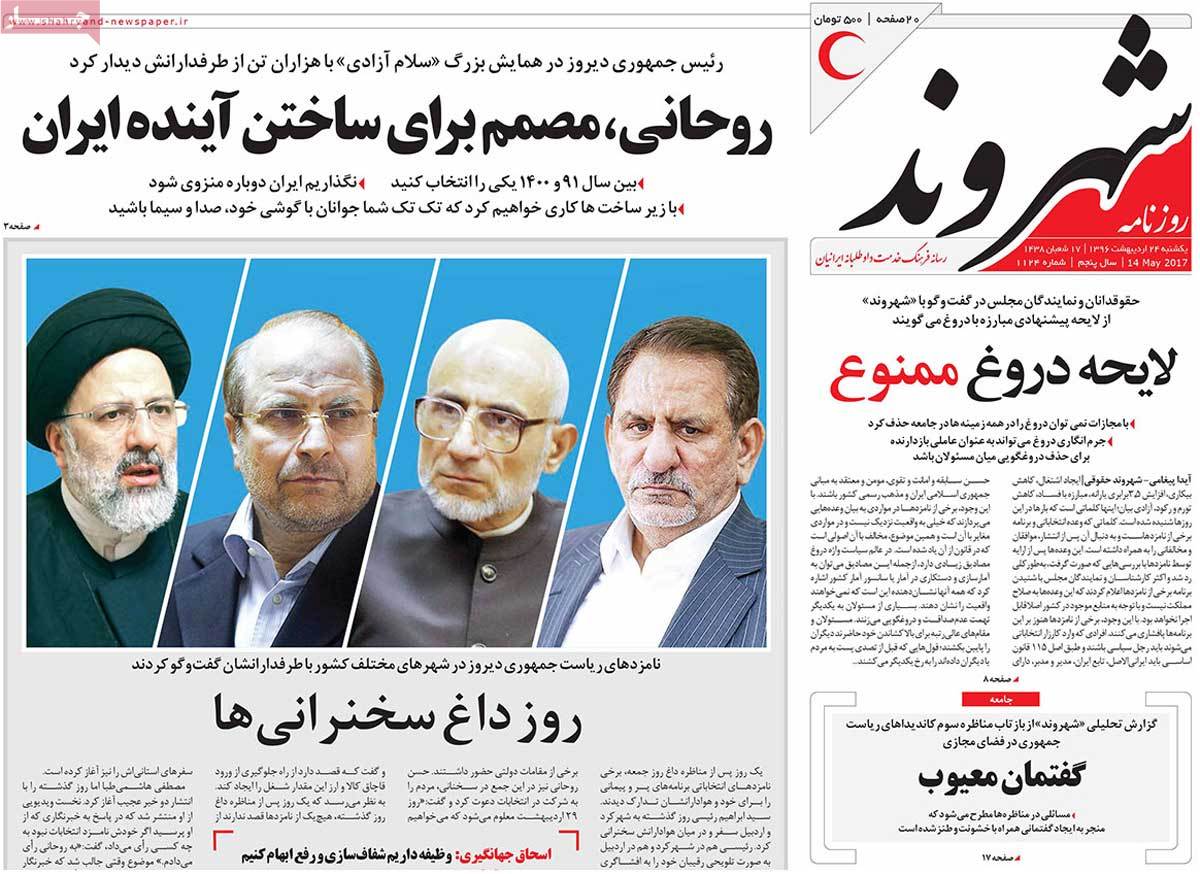