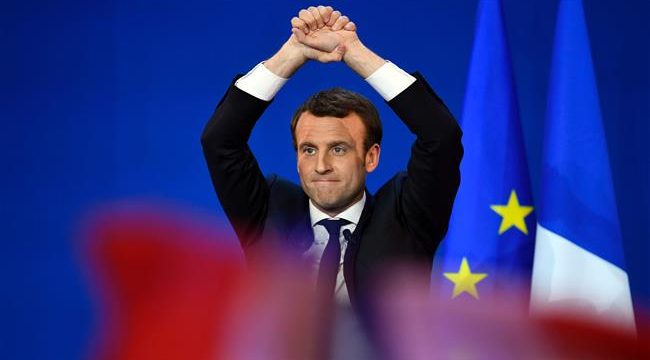 Tasnim – A senior fellow with the Transatlantic Program of the Istituto Affari Internazionali (IAI) said French President-elect Emmanuel Macron will defend the JCPOA between Tehran and world powers, adding, however, that the new government will go ahead with France’s tough stance on Iran.

Riccardo Alcaro was a nonresident fellow in the Center on the United States and Europe. He is an expert in transatlantic political and security relations with a focus on US-European cooperation in Europe’s neighboring regions, including the Middle East and North Africa, Iran and the Persian Gulf, the Sahel, Eastern Europe, and Russia.

Tasnim: On Sunday, centrist Emmanuel Macron won the French presidency with a decisive victory over the far-right Marine Le Pen that his supporters hailed as holding back the tide of populism. The average poll conducted in the final two weeks of the campaign gave Macron a far smaller lead (22 percentage points) than he ended up winning by (32 points), for a 10-point miss. In the eight previous presidential election runoffs, dating back to 1969, the average poll missed the margin between the first- and second-place finishers by only 3.9 points. What is your take on this?

Alcaro: I guess that Le Pen’s poor performance during last Wednesday’s TV debate pushed many undecided voters to eventually pick Macron. Polls, which in France have generally proved more reliant than in other places, were recording this upsurge for Macron before Saturday’s shutdown. More in general, I think that polls tend to be more imprecise the greater the number of undecided voters.

Tasnim: Do you believe that France’s domestic policy will change under Macron?

Alcaro: I believe Macron will try hard to carry out some reforms of the labor market and tax system. Nothing radical, more a balancing than a strong turn to supply-side economics. He will meet a lot of resistance from farmers, unions and students probably (the ideological “anti-globalization” coalition).

Tasnim: He won the keys to the Elysee palace without giving a major address on international affairs. What kind of policy he may adopt towards the Middle East, Syria in particular? Do you believe Russian-French relation will change under Macron?

Alcaro: Macron is a foreign policy novice. For the time being he will rely heavily on the foreign ministry. So I’d expect continuity with Hollande’s foreign policy. Russia’s open and covert support for Le Pen has left a sour taste in Macron’s mouth, so I think that will probably harden France’s stance on Russia on various issues, Syria included. Yet France will remain open to pragmatic solutions.

Tasnim: Will Macron defend the 2015 nuclear deal, known as the Joint Comprehensive Plan of Action (JCPOA), between Tehran and six world powers?