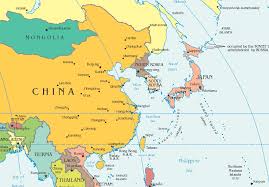 May 13, The Iran Project – During the last four years, Iran has paid special attention to the development of diplomatic and economic ties with other countries, among which expanding relations with various countries of East Asia, especially South Korea, was of great importance.

During the time of sanctions, Iran was not allowed to establish trade and economic relations with other countries, but after reaching the landmark nuclear agreement and removal of  nuclear-related sanctions against Iran, Tehran resumed diplomatic relations with the world, particularly East Asian countries.

In the meantime, with Iran signing the agreement with six world powers, South Korea, as one of the most important countries in the region, changed its attitude towards the Islamic Republic.

S. Korea has long recognized the importance of Iran’s 800-million market in the region and had no doubt about the significance of making economic and infrastructural ties with Tehran.

Of course, Iranian government also recognized the role of diplomatic relations and put that at the top of its plan to return the country to the international arena, as a result, South Korea’s President Park Geun-Hye visited Iran in the first such high-level visit since the two nations established diplomatic ties in 1962.

President Park’s visit to Iran, heading South Korea’s biggest-ever traveling business delegation of over 230 executives, resulted in the two sides’ agreement over 30 joint economic projects, totaling more than $37.1 billion and more than 50 memorandums of understanding dealing with everything from infrastructure cooperation and joint energy ventures to work on medical and health care projects.

Tehran’s resuming economic relations with Seoul in post-sanctions era not only increased the two countries trade exchanges, but made Iran to more prominently present in regional economic ties.