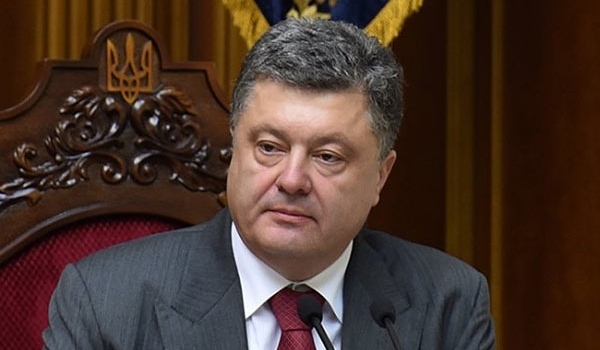 IRNA – Ukrainian President Petro Poroshenko expressed condolences to his Iranian counterpart on the death of a number of miners in Azadshahr Zemestanyurt coal mine in northeastern Iran.

In a message to President Rouhani on Wednesday, the Ukrainian president condoled the Iranian nation and government as well as families of the victims on the sorrowful event on behalf of the people of Ukrain.

He wished quick recovery for the wounded and patience for the bereaved families of the victims.

On May 3, a huge blast took place in Zemestanyurt coal mine near the city of Azadshahr in Golestan province killing at least 42 miners and 73 injured.

Efforts are still underway to pull out bodies of the possible remaing miners.

Zemestanyurt coal mine is situated 90 km east of the provincial capital city of Gorgan.

coal mine explosion in Golestan, Petro Poroshenko, Zemestan-Yurt coal mine May 11, 2017
Erdogan calls on US to reverse bid to arm Kurdish militants in Syria
Iran hails strong bonds with Uzbekistan