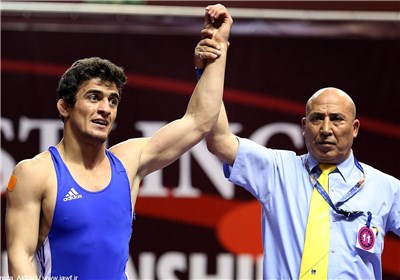 Tasnim – Iran claimed the title of the 2017 Asian Greco-Roman Wrestling Championship on Thursday.

The Iranian team won three gold medals and one bronze in the competition underway in New Delhi, India.

In the 130kg category, Behnam Mehdizadeh beat Damir Kuzembayev from Kazakhstan and seized the gold medal.

The 2017 Asian Wrestling Championships (Greco-Roman, Freestyle) are being held at the KD Jadhav Indoor Stadium, Indira Gandhi Arena, New Delhi in India. The event kicked off on May 10 and will finish on May 14.