Iran Front Page- IFP has taken a look at the front pages of Iranian newspapers on Wednesday and picked headlines from 18 of them. IFP has simply translated the headlines and does not vouch for their accuracy.

Conservative papers criticized the filtering of a website launched by Qalibaf for unemployed people, and said Rouhani has blocked the website to launch his own version.

1- Zarif: We Should Sacrifice Ourselves for Iranian People 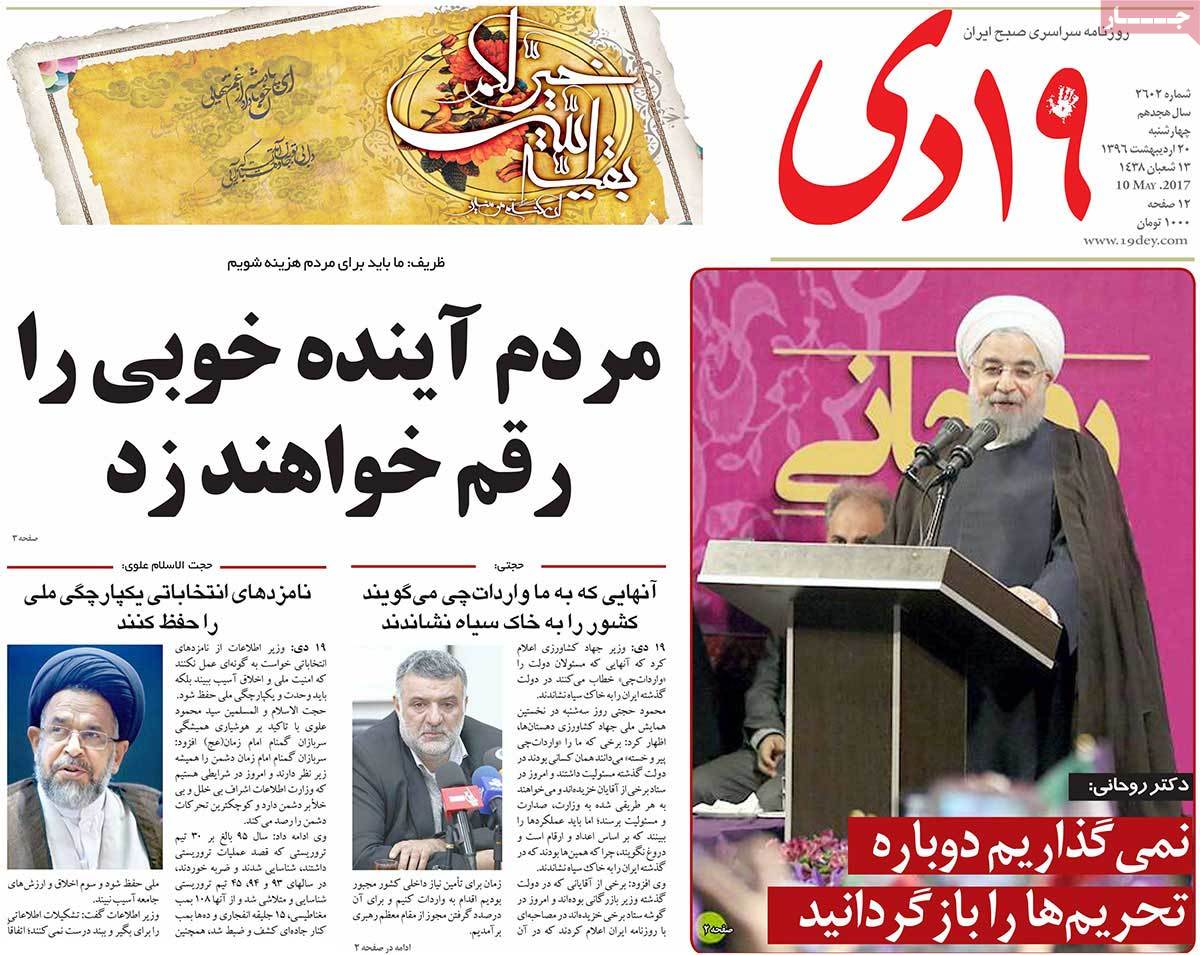 3- Trump: I’ll Talk about Iran in Visit to Israel 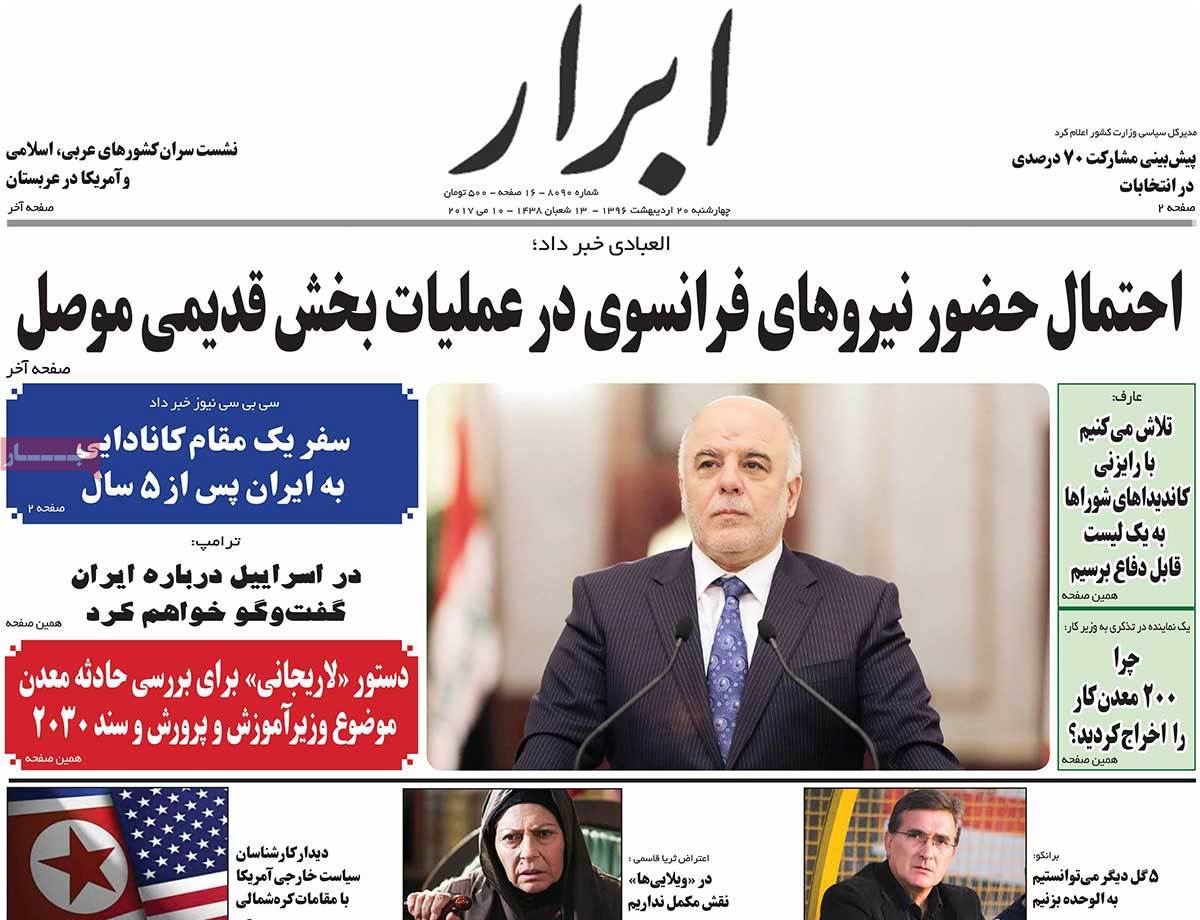 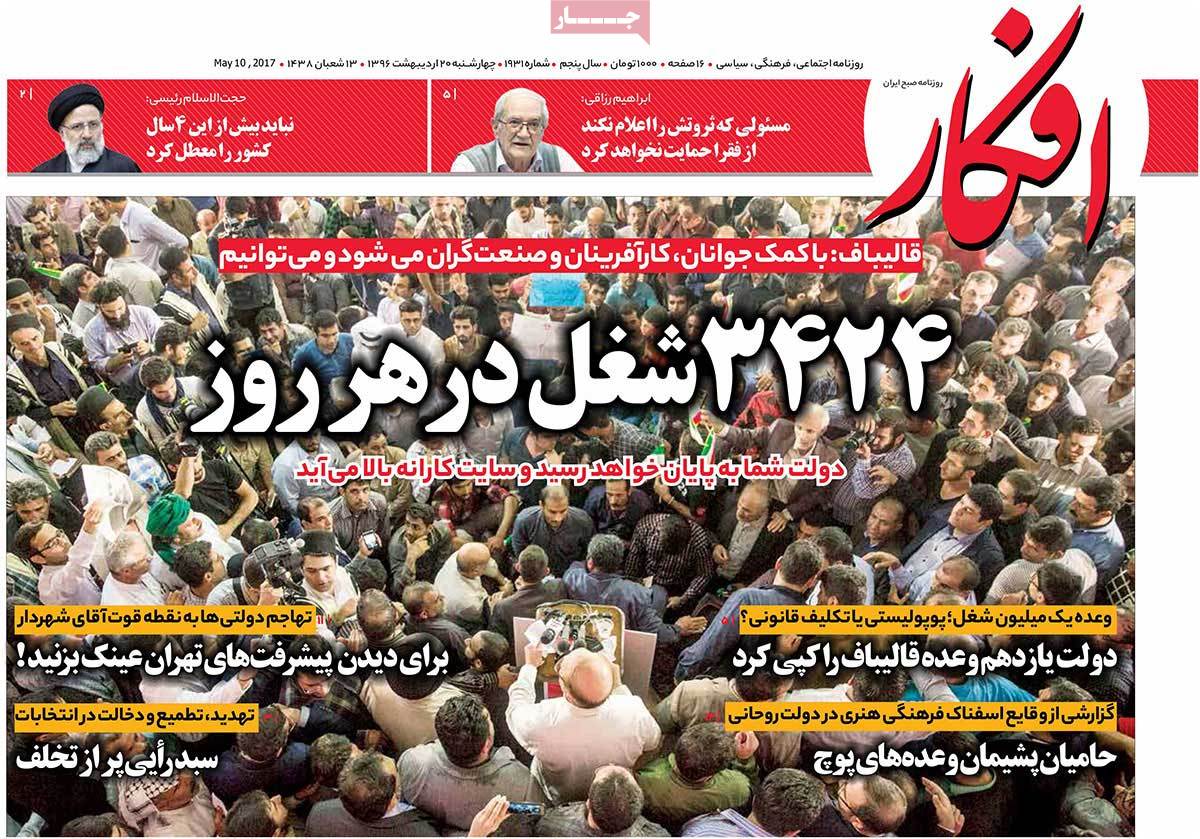 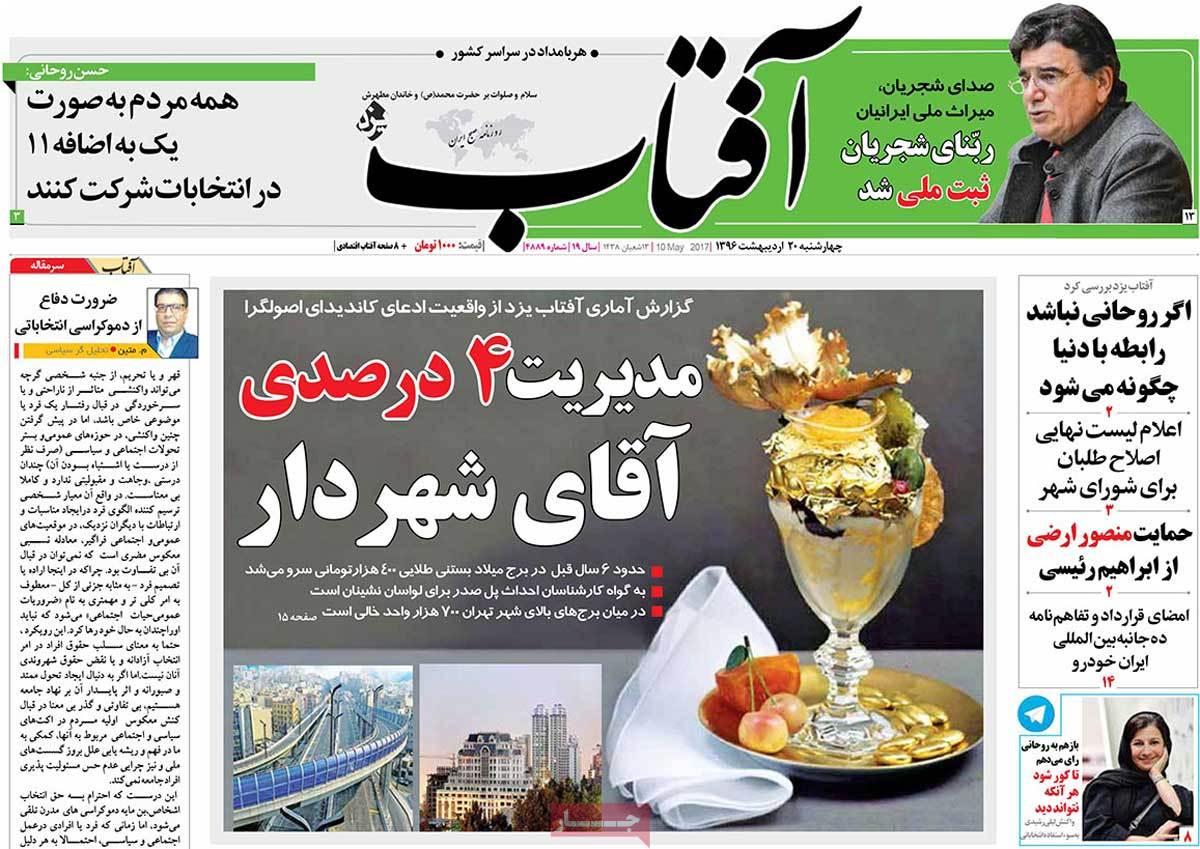 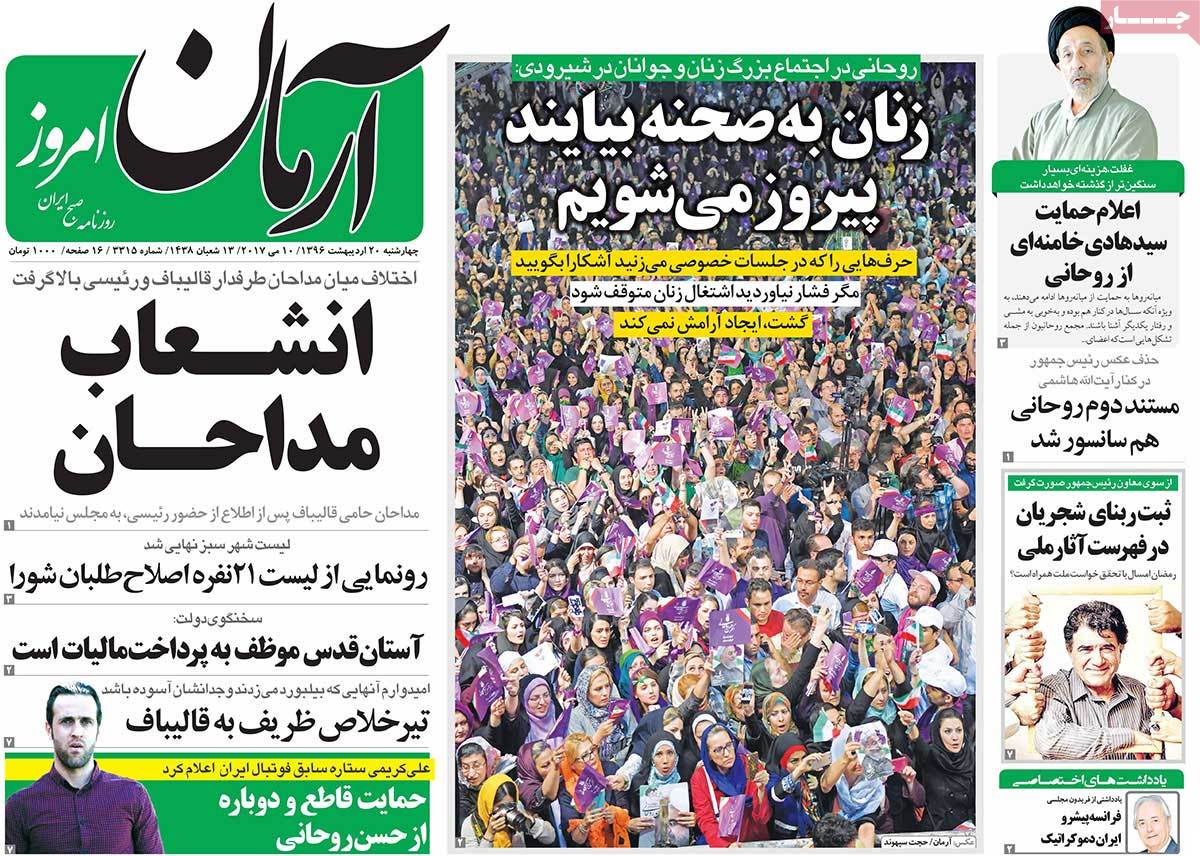 1- Raisi: Universities in Iran Should Have Islamic Style to Avoid Problems 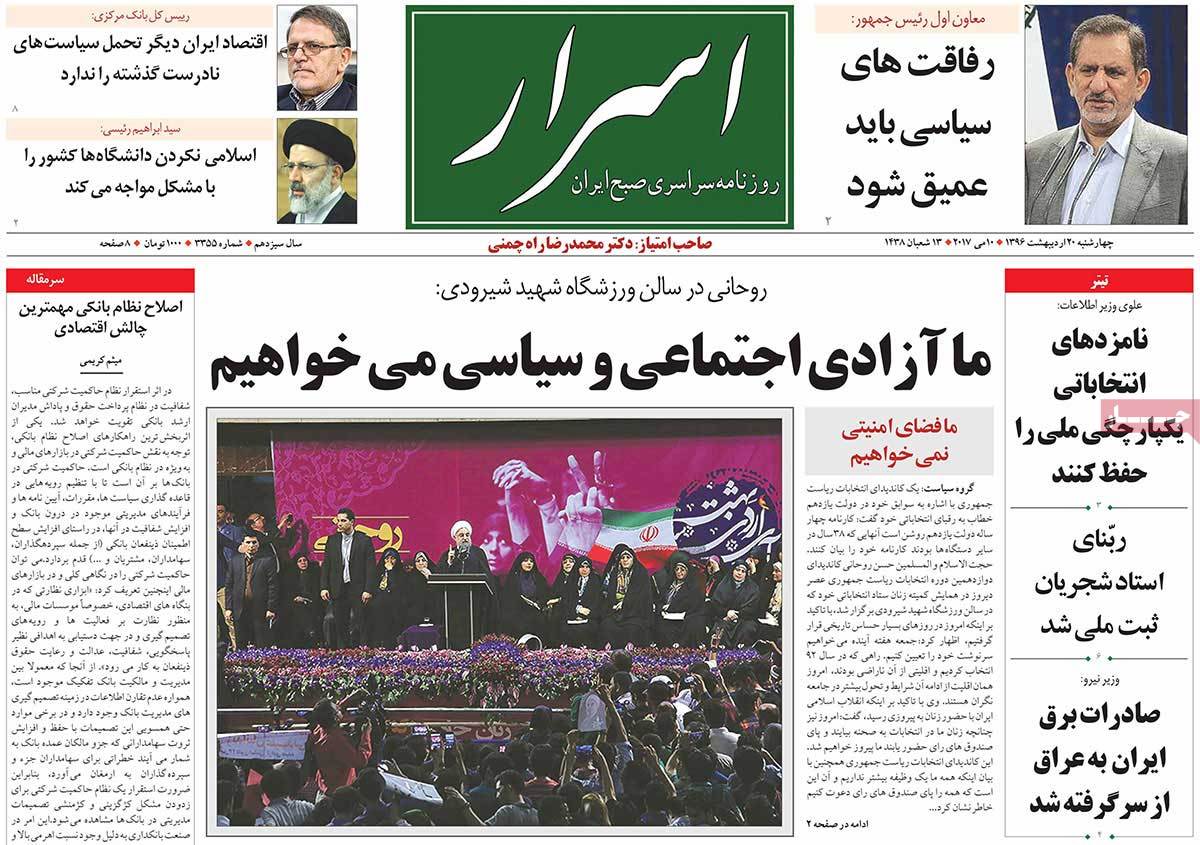 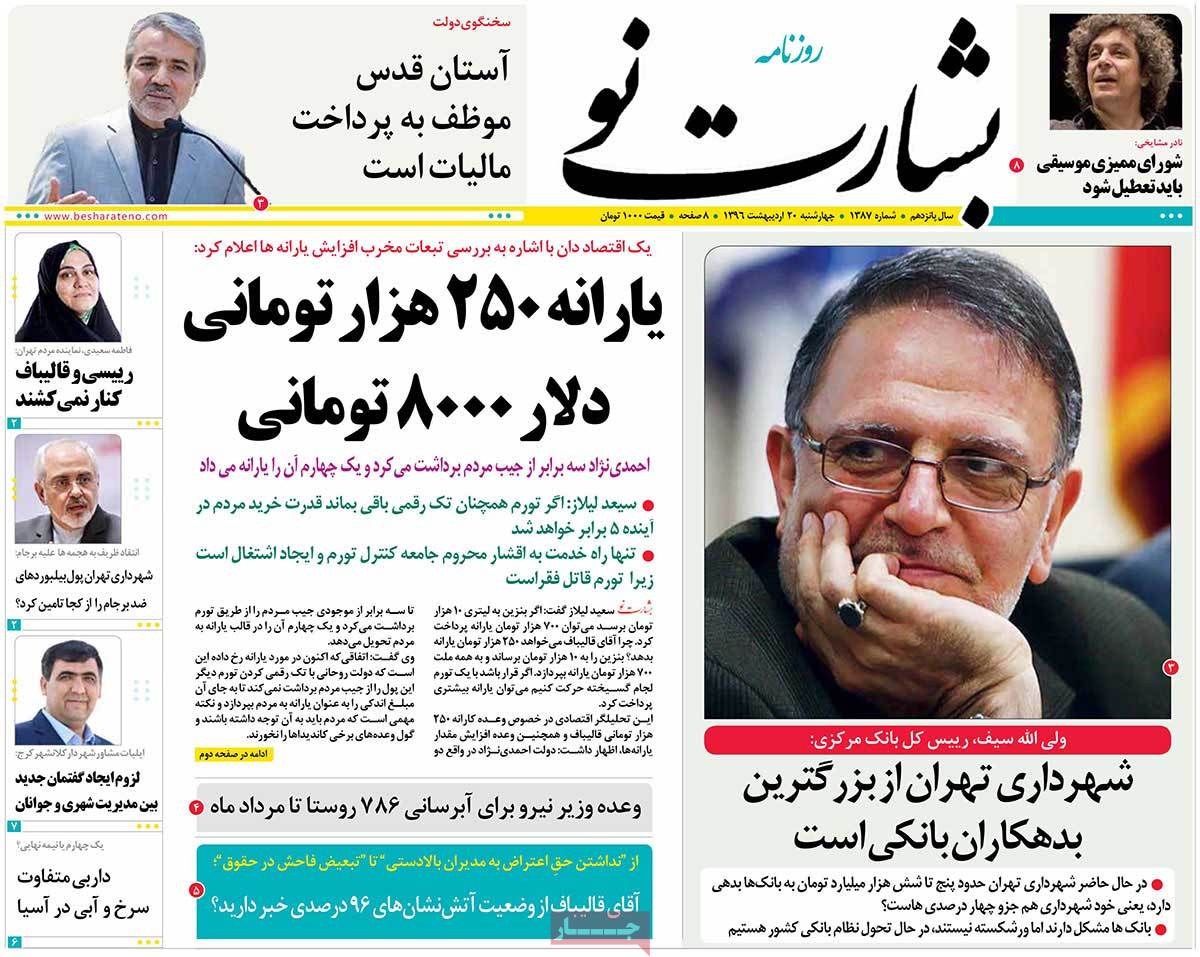 2- Qalibaf: I’ve Not Run for President to Withdraw at the End 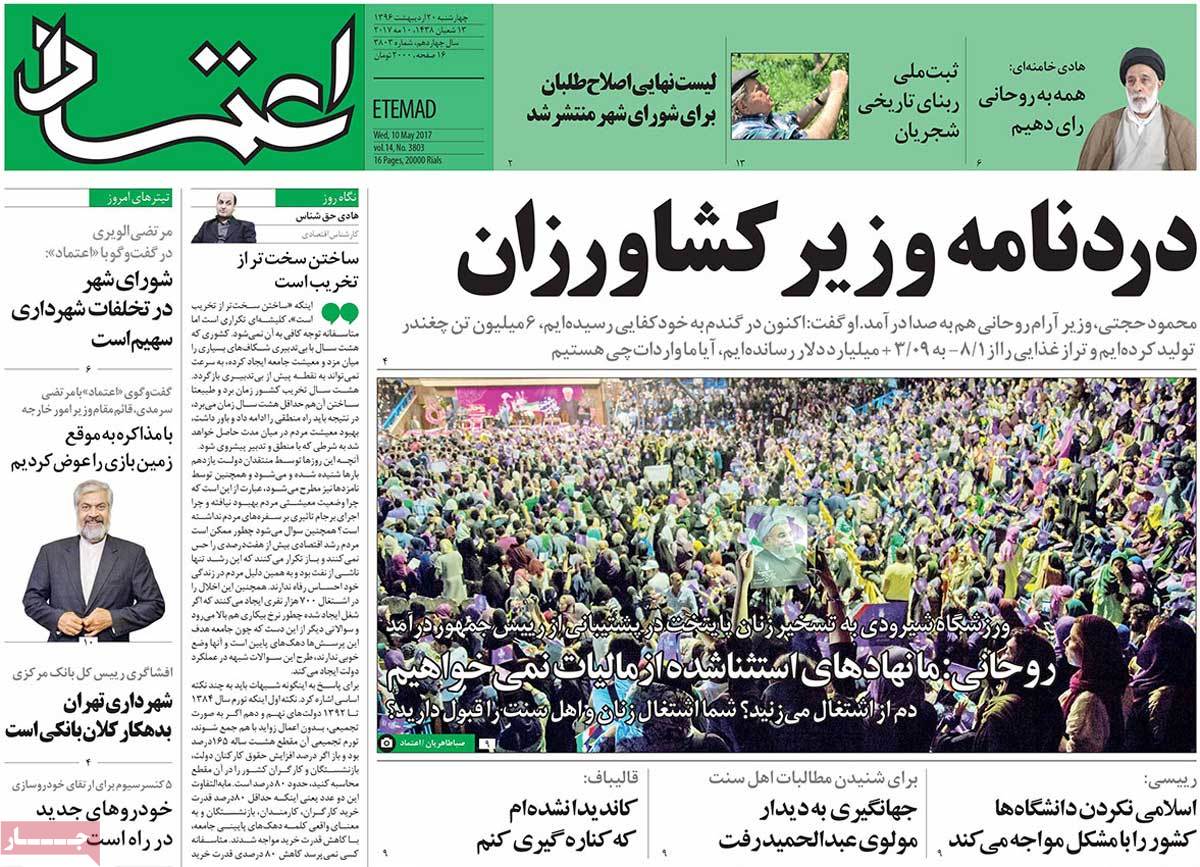 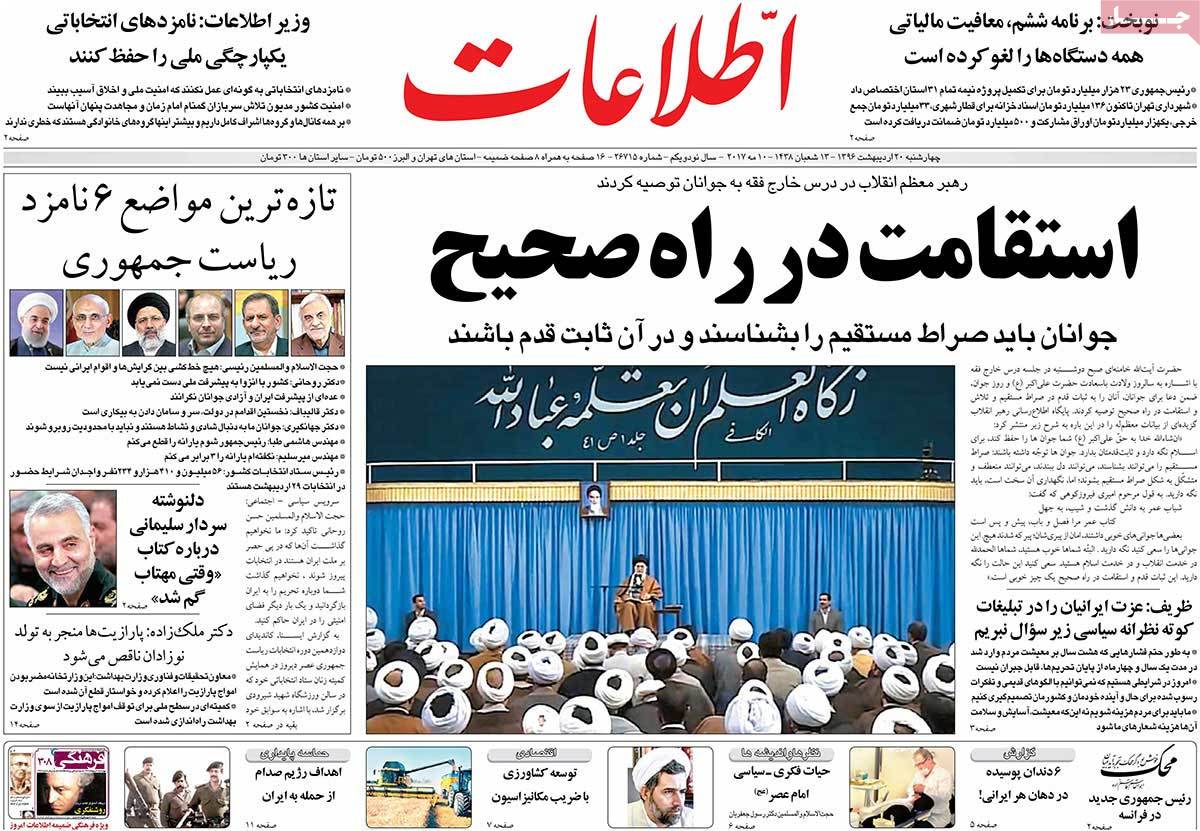 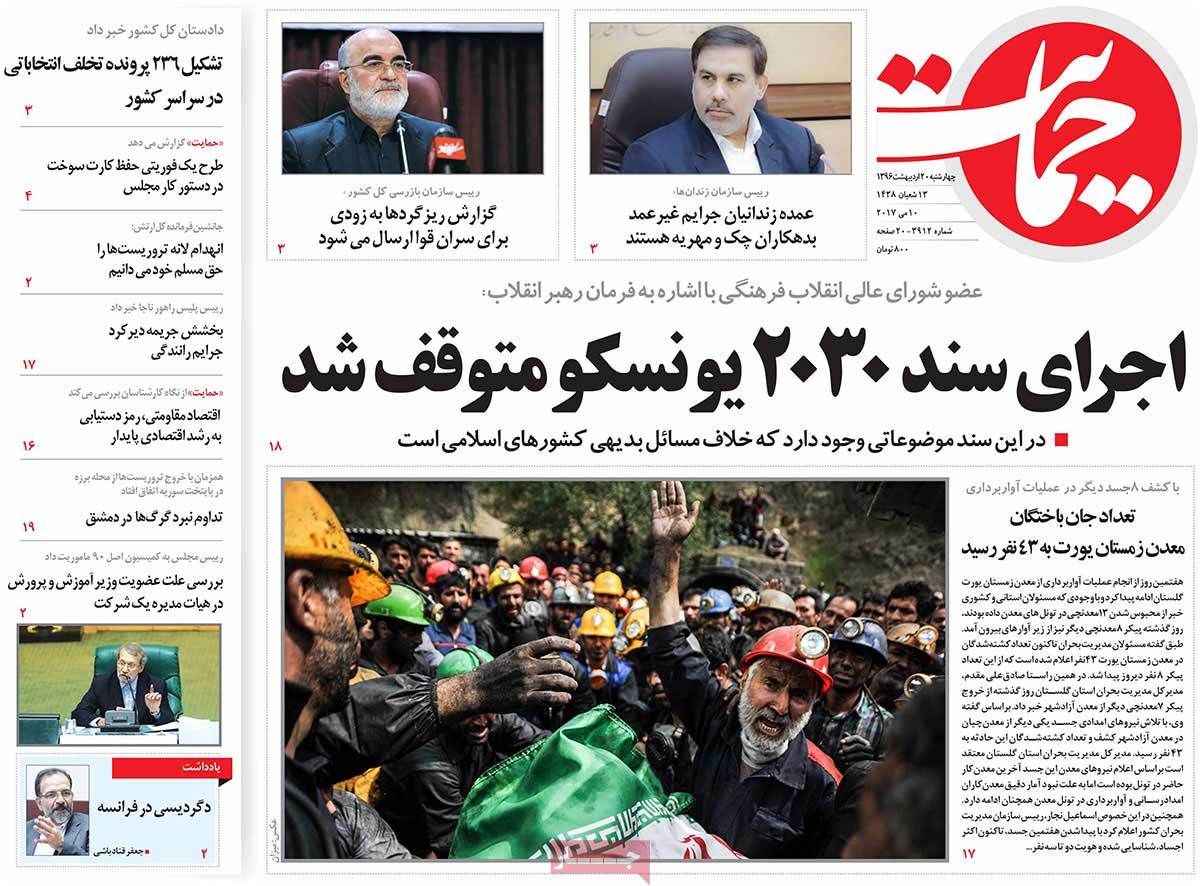 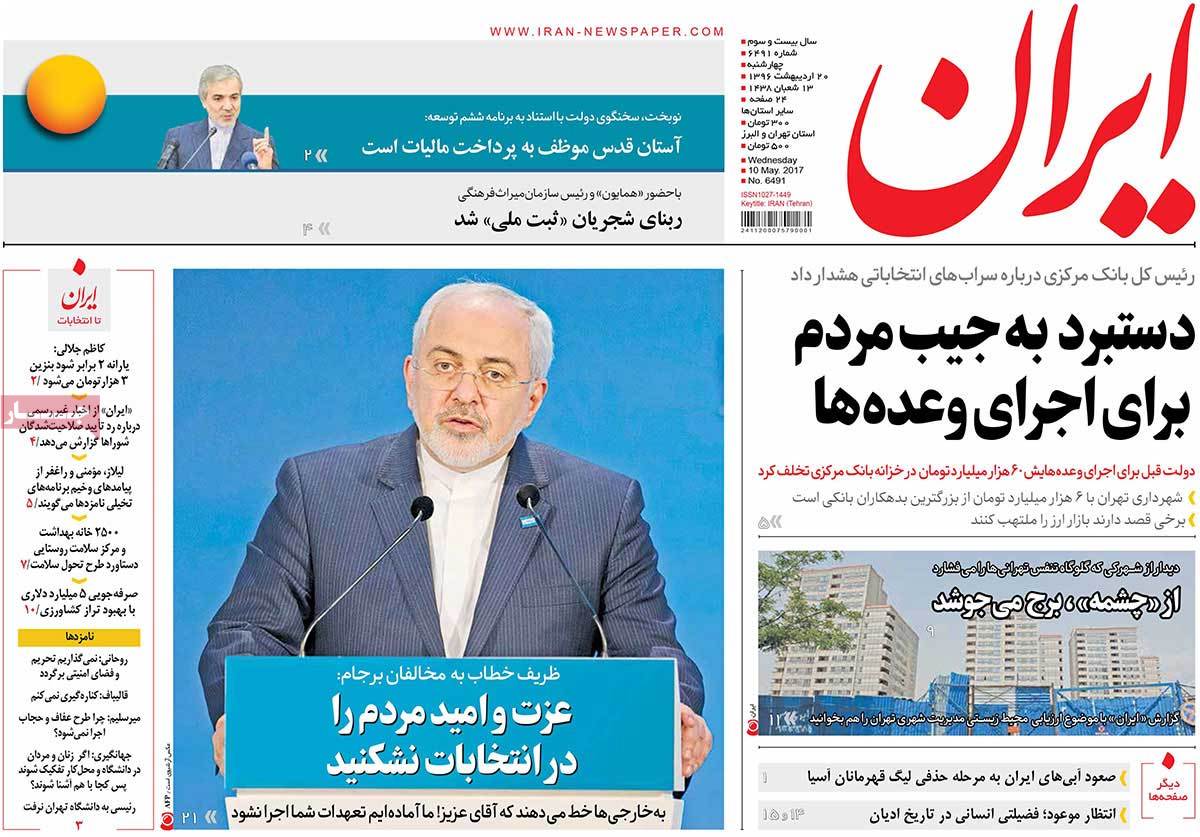 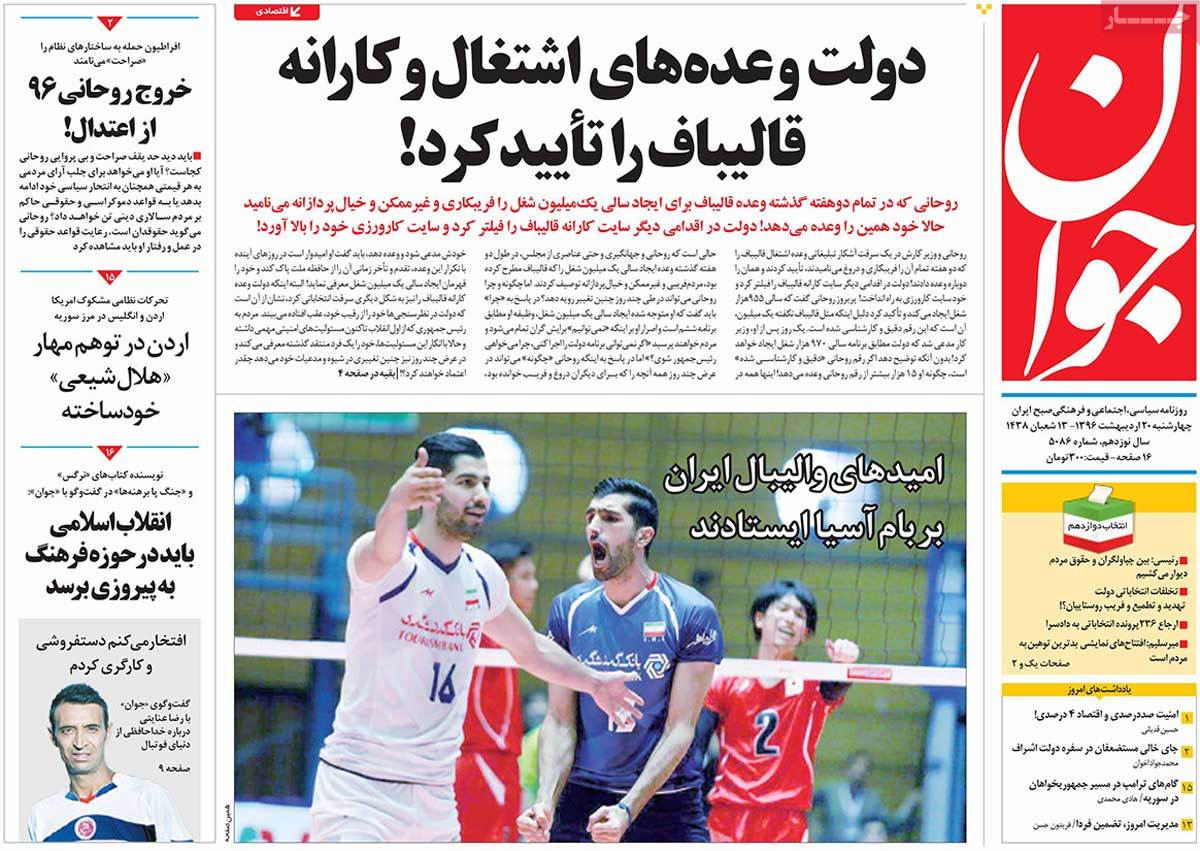 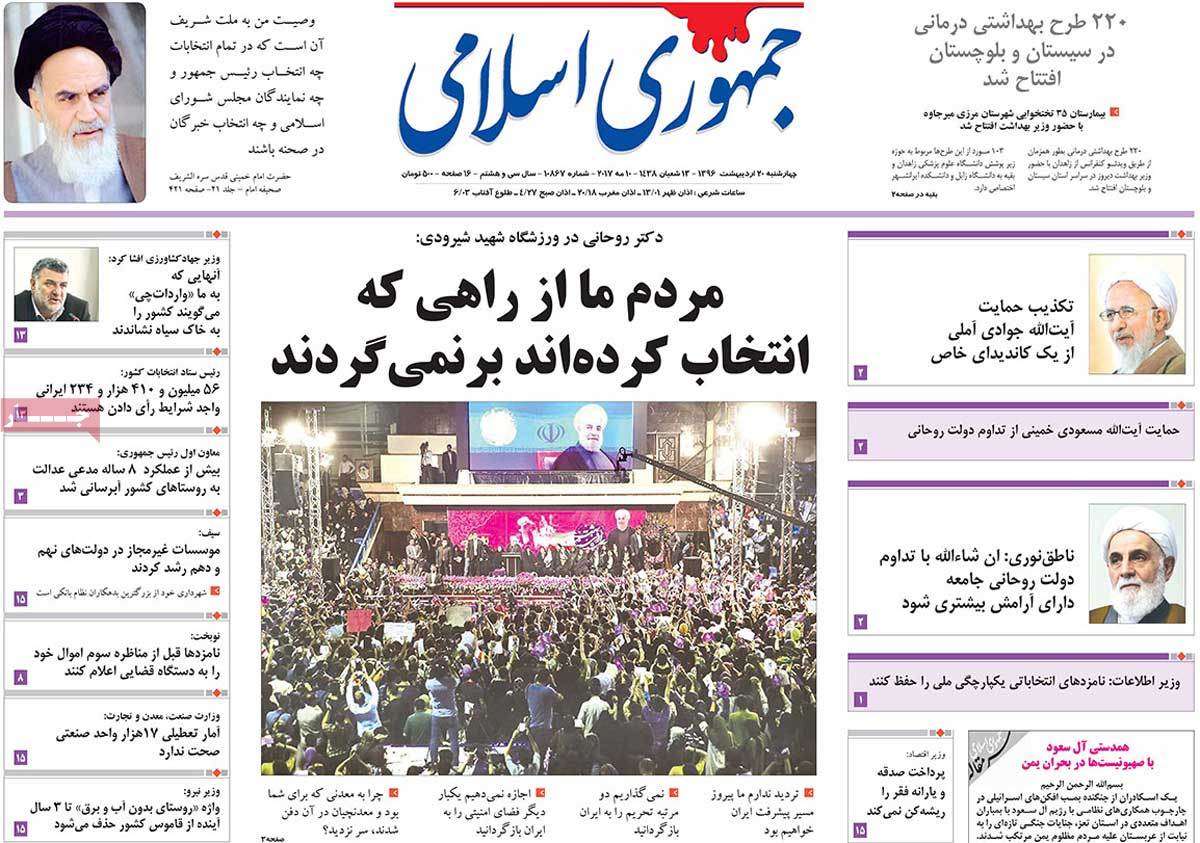 1- What’s the Plot Hatched by Radicals’ Operation Room for Rouhani? 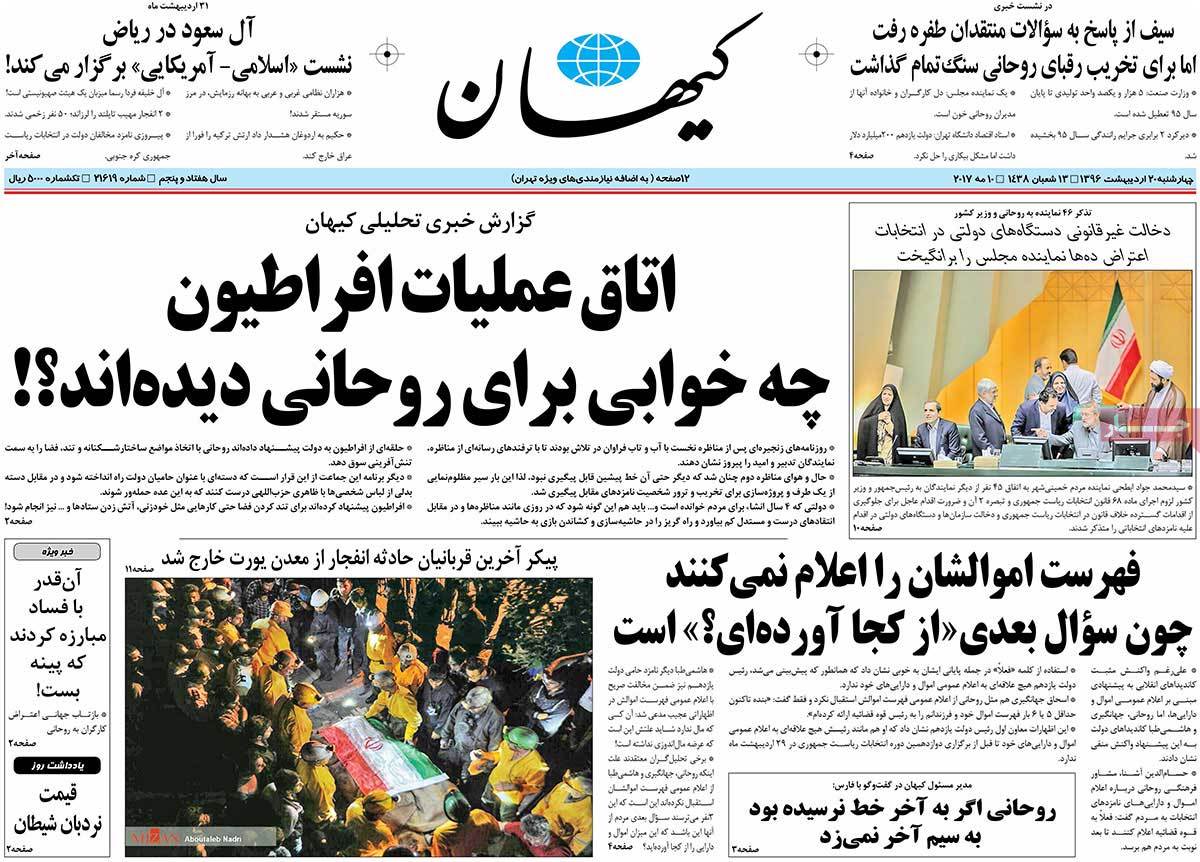 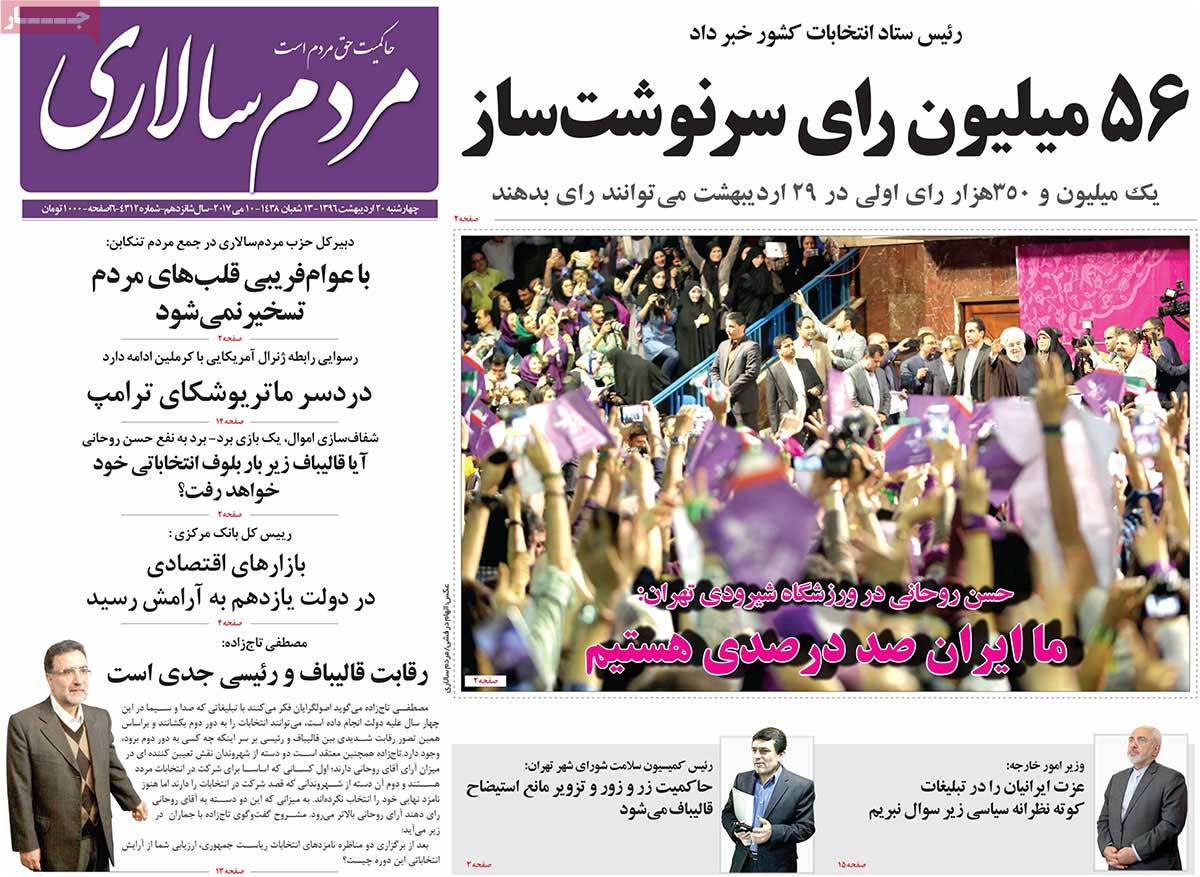 1- Mirsalim: Gov’t Wasted Opportunities by Currying Favour with US

3- Raisi: Why Do You Evade Accountability? 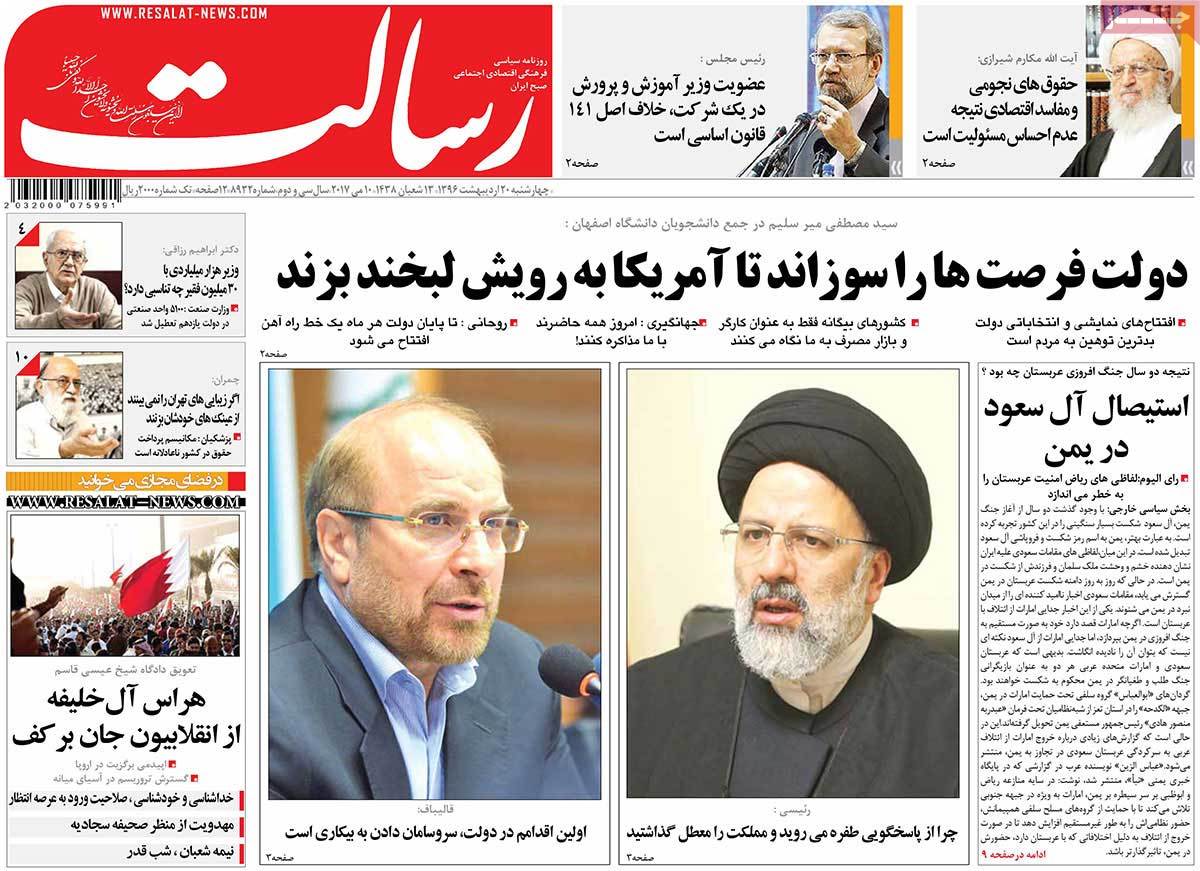 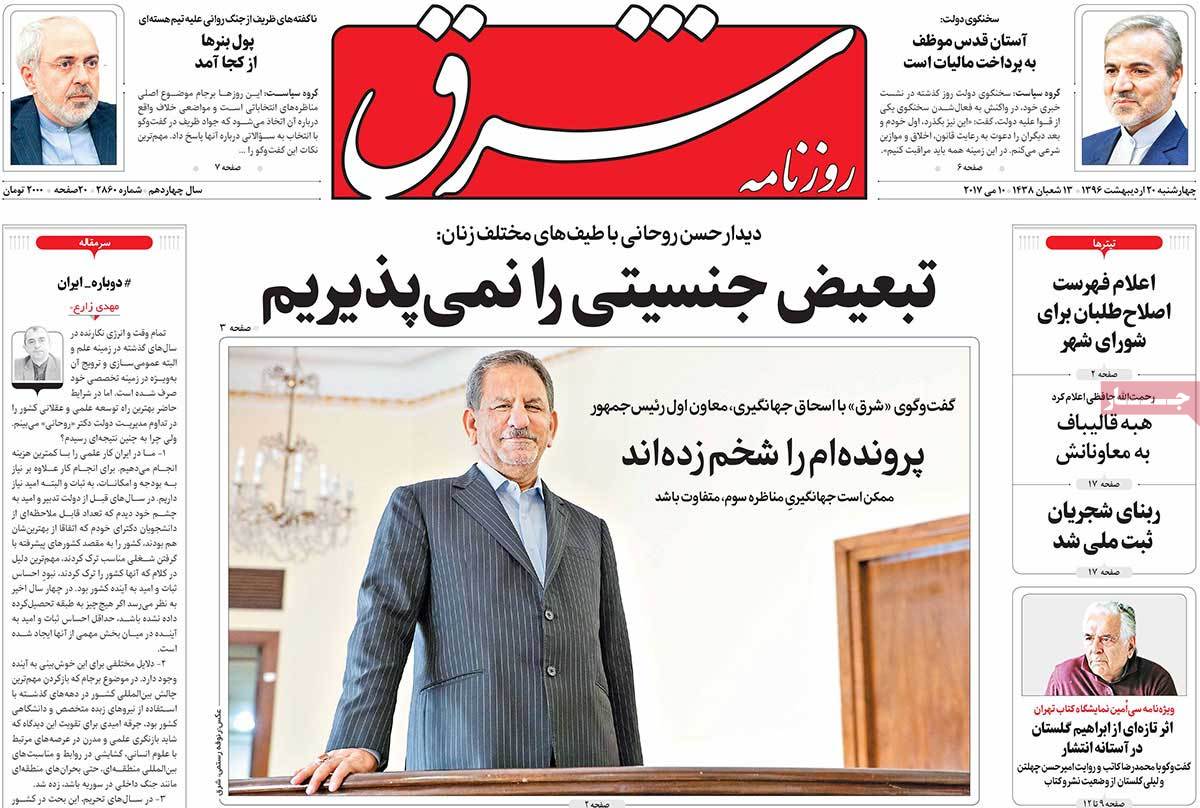 1- Zarif: Diplomacy Isn’t Where Candidates Can Invest for a Few Days

2- Jahangiri: We Resolved One of Most Complicated Cases in World through Dialogue