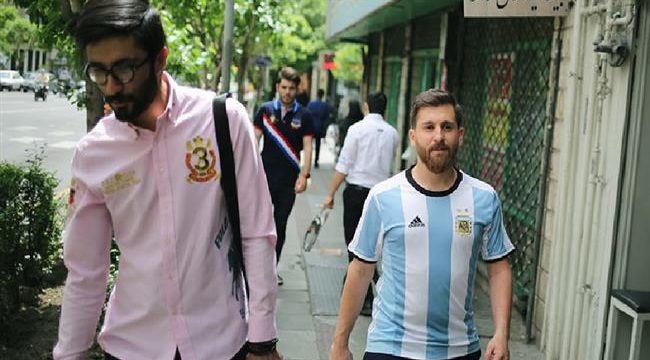 Reports Afrique News– An Iranian student who bears an uncanny resemblance to the Barcelona star was taken to a police station after too many people wanted pictures with him What would you do if you bore a resemblance to one of the most famous footballers on Earth? If you’re like Iranian student Reza Parastesh, and you look like Lionel Messi, you don the famous Barcelona No.10 jersey and walk about town.

Unfortunately for Parastesh, 25, the police in Hamadan had to impound his car and take him into the station to quell the stir caused when the lookalike — self-dubbed the “Iranian Messi” — prompted too many people to stop him for photos over the weekend.

He got the idea from his dad a few months ago, after father asked son to pose in a replica Messi jersey. That led to Parastesh styling his hair — both facial and on his head — like the Argentine superstar.

“Now people really see me as the Iranian Messi and want me to mimic everything he does,” Parastesh told AFP. “When I show up somewhere, people are really shocked. “I’m really happy that seeing me makes them happy and this happiness gives me a lot of energy.” Parastesh may have found himself a career imitating the Barcelona forward, with media appearances growing thanks to his newfound notoriety.