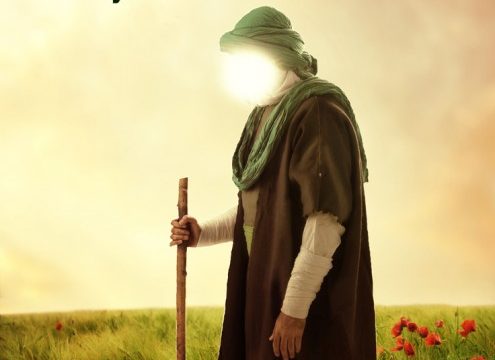 The concept of Mahdawiyyat and the problem of its interpretation

American Herald Tribune |Anastasia Fatima Ezhova: Shi‘a Muslims believe that the Last Imam (a) didn’t die. He (a) continues to stay alive and is being hidden from our glances in the Occultation in order to return from it before the Day of Retribution in order to do away with unjustice and tyranny and to full the world with justice. It is said in a trustworthy hadith: “He would fill the earth with peace and justice after it was full of unjustice and tyranny”. [1] Besides being al-Mahdi, which means Guided (by God), the Last Imam (a) is also called al-Qa’im, and this implicates the meaning of an uprising, exactly, of a revolution against evil, unjustice and disobedience to God, as tyranny is a great disobedience to Him. It is said in the Shi‘a tradition books that after his victory and close to the Day of Retribution al-Mahdi (a) will establish a world state based on justice.

The first time after 12th Imam (a) was hidden he communicated with his followers with the help of his four representatives (safirs), and this was the period of the Small Occultation. But closely to the 4th safir’s demise Imam al-Mahdi (a) announced that he is going to hide in a Great Occultation without any representatives. And there is an decree in the traditions revealed from the 6th Imam Ja‘far as-Sadiq (a) and Imam al-Mahdi (a) himself that in the period of the Great Occultation the believers should adhere to the Islamic scholars who transmit the orders of the Infallibles (a). It is clarified in different Shi‘a books what people are mentioned in this hadith: they are pious, just and educated Islamic scholars possessing a profound knowledge in the area of Islamic sciences, namely, of Islamic Law (fiqh), of traditions (‘ilm al-hadith) and its transmitters (‘ilm al-rijal), etc.

Shi‘ism witnessed a long history of this fundamental thesis’s interpretation. We have no possibility to focus on it in detail, so we’ll just describe the dominant position of the majority of Shi‘a scholars at the time of his Eminence Imam Khomeini’s appearance.

Although those scholars were divided into Akhbaries who denied the legitimacy of mujtahids as they rejected ijtihad in any of its interpretation, and Usulies who used rational methods (i.e. ‘ilm al-usul) when deriving laws of Shari‘ah from its sources (Qur’an and Sunnah), the latter ones supposed that the seal of religious scholars in their ruling believers’ affairs are limited (wilayat al-faqih gair al-mutlaq). Particularly, they denied the possibility of establishing an Islamic government as they supposed that this is the prerogative of Infallibles (a). As the last Imam (a) is in the Occultation, they considered putting all those aspects of Islam into practice is nothing else but a usurpation of the Infallibles’ exceptional right for rule. Consequently, they insisted that during the Occultation Shi‘as should just await al-Mahdi (a) trying not to interfere into politics and that they shouldn’t make any attempts to establish any kind of Islamic ruling as in their view this will only lead to a new tyranny, unjustice and usurpation.

Who was then Imam Khomeini (s) with his concept of Islamic government and Islamic politics? Was he an author of unacceptable innovations that were contradicting the Shi‘a doctrines of Imamate and Mahdawiyyat, or was he a reviver of true Shi‘a Islam? Was he imitating Sunni methods (manhaj) by the means of inventing a “Shi‘a Caliphate” or he reintroduced the true meaning of the Infallibles’ message to all the Muslims of all the schools and trends, and to Shi‘a Muslims particularly?

Though Imam Khomeini’s opponents’ point of view may seem logical, in fact Imam Khomeini was the great reviver of Islam who adjusted a fundamental controversy inside Shi‘ism that appeared because of the false understanding of its basic concepts.

[1] This hadith is also quoted in many of Sunni collections, such as “Sahih al-Tirmidhi”, “Abu Daud”, “Mustadrak al-Hakim”, etc.