A Look at Iranian Newspaper Front Pages on May 9

Iran Front Page- IFP has taken a look at the front pages of Iranian newspapers on Tuesday and picked headlines from 18 of them. IFP has simply translated the headlines and does not vouch for their accuracy.

Iranian presidential candidate Hassan Rouhani has stopped being defensive and started attacking his rivals during the past couple of days. The issue was discussed in a number of newspapers today.

Papers particularly covered Rouhani’s criticism of Raisi on the tax exemption of Astan Quds Razavi, the charitable foundation managed by the conservative cleric. For more information about the tax-related clash, you can visit here and here.

The results of French presidential election and the defeat of the populist candidate also received great coverage. Many moderate and reformist papers referred to the dire consequences of electing a populist government, and warned their readers against choosing such president in Iran. 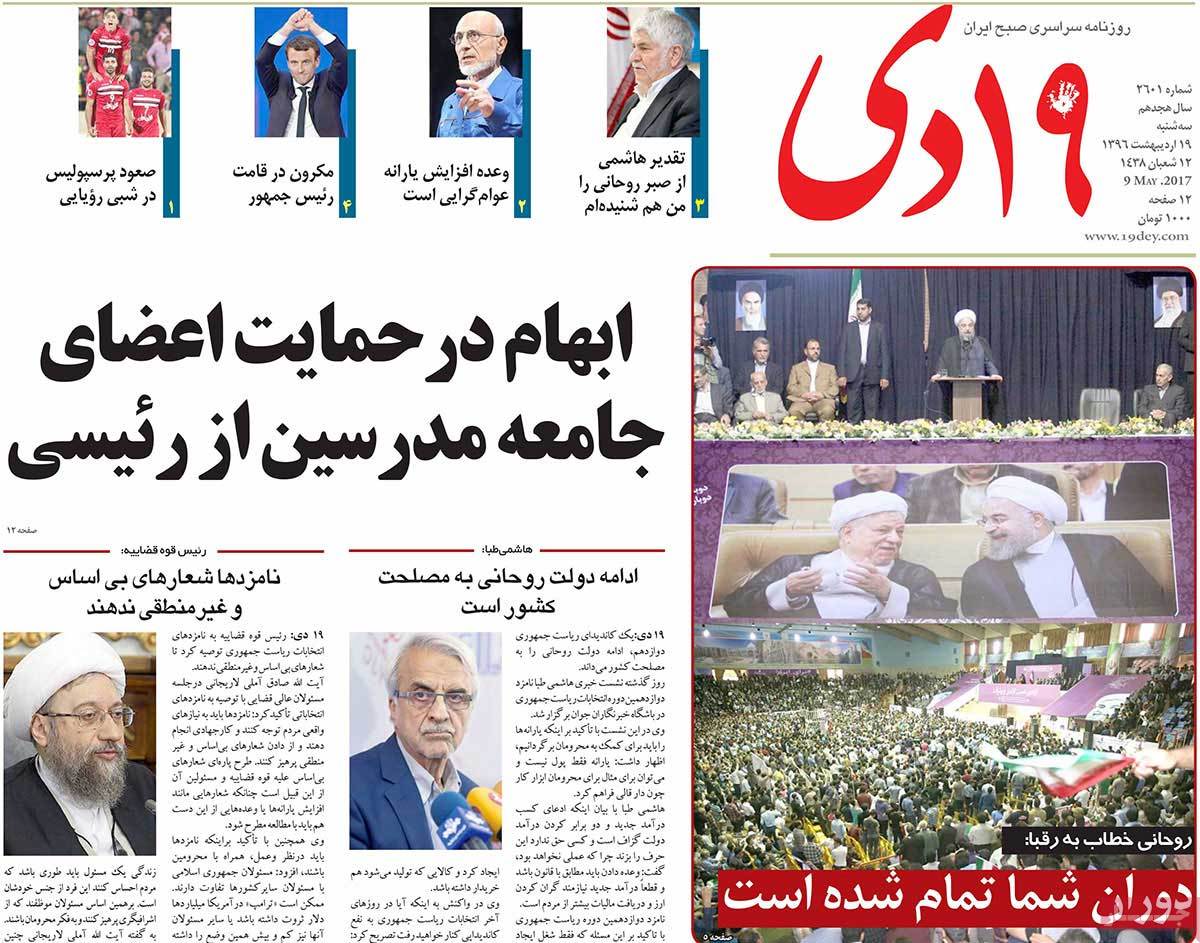 3- Mirsalim: Promise to Raise Amount of Cash Subsidies is Populism 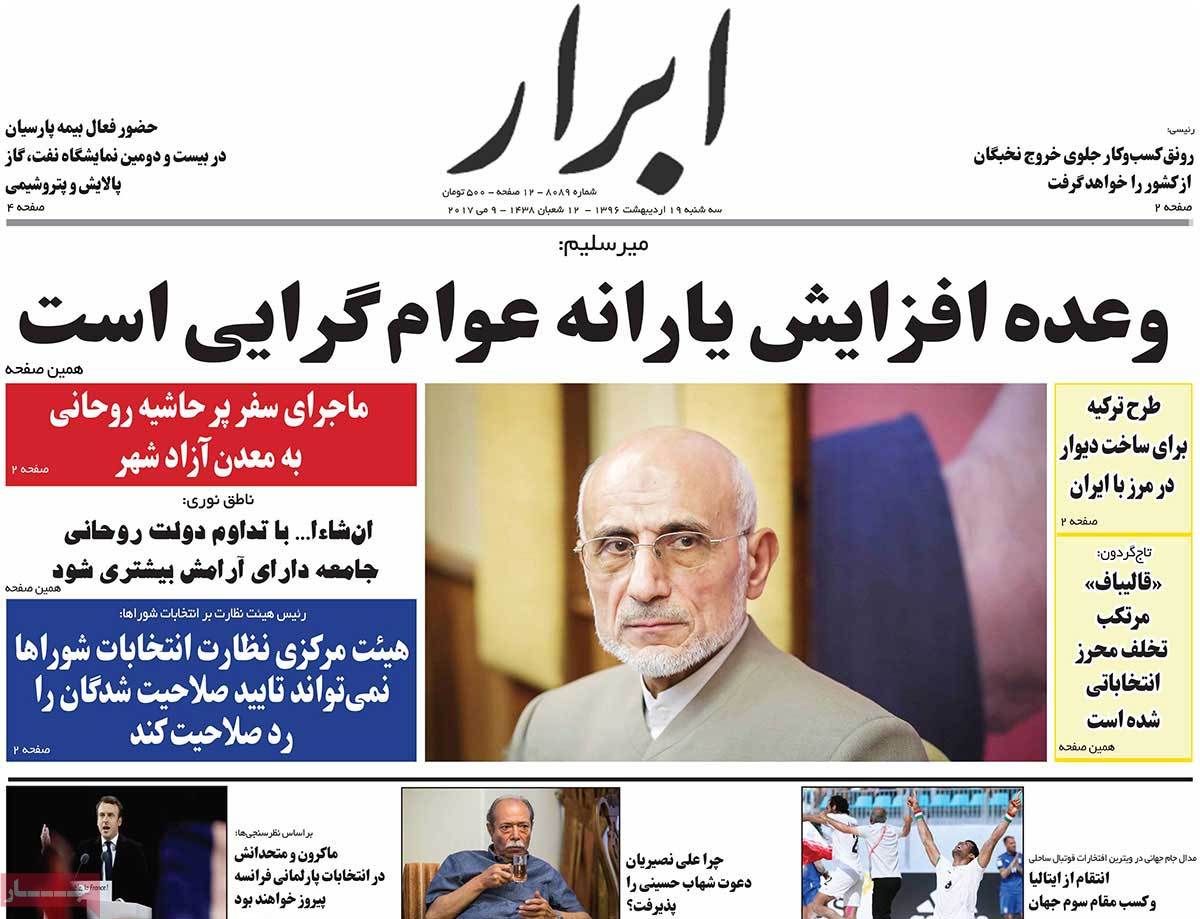 2- 300% Increase in Exports to Europe during Rouhani’s Term 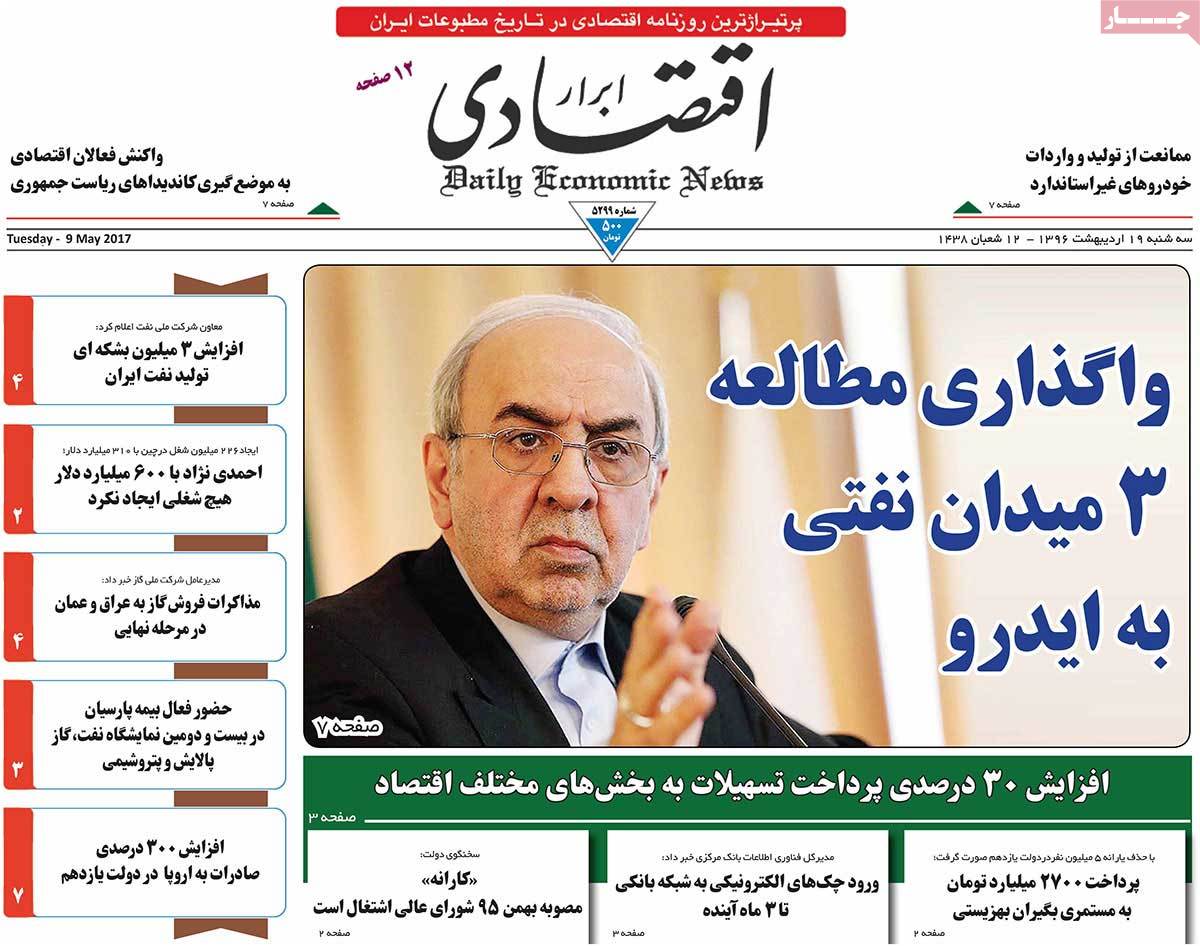 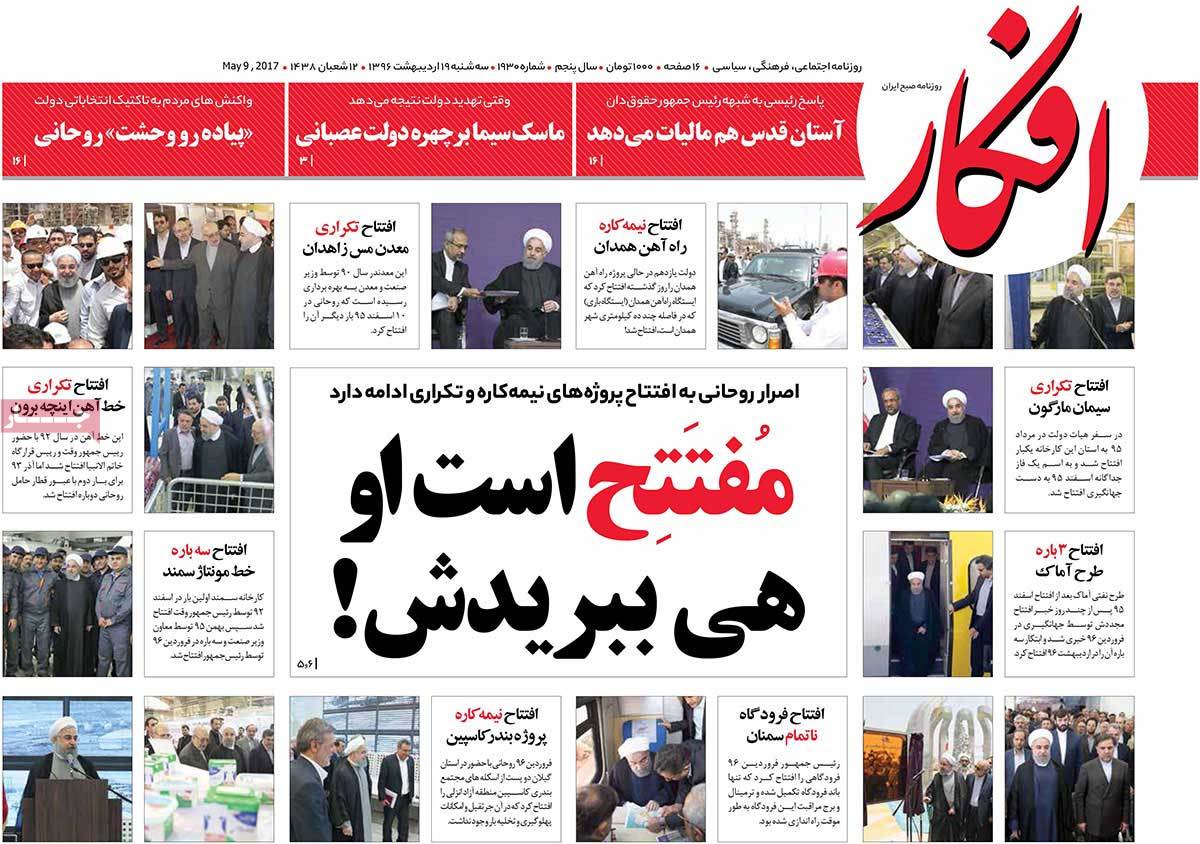 1- End of Tolerance towards Rivals: Why Rouhani Became More Outspoken? 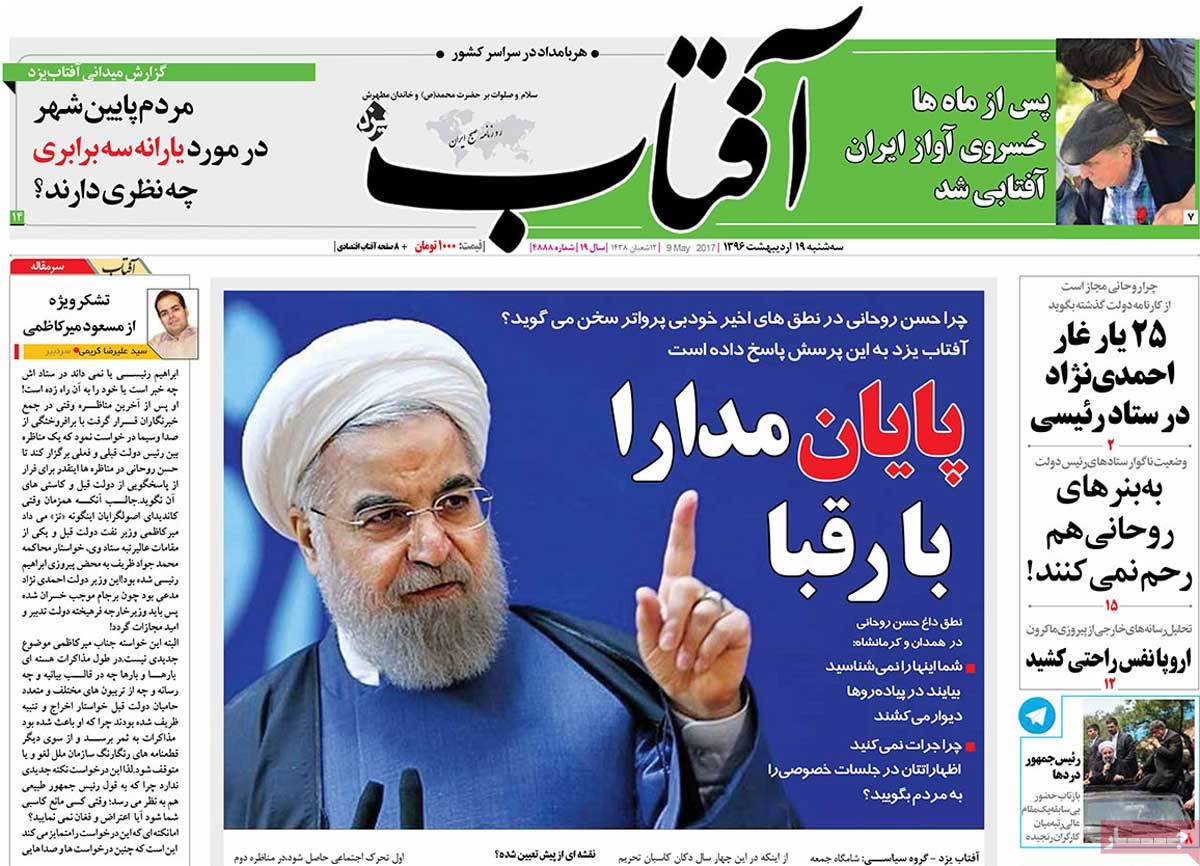 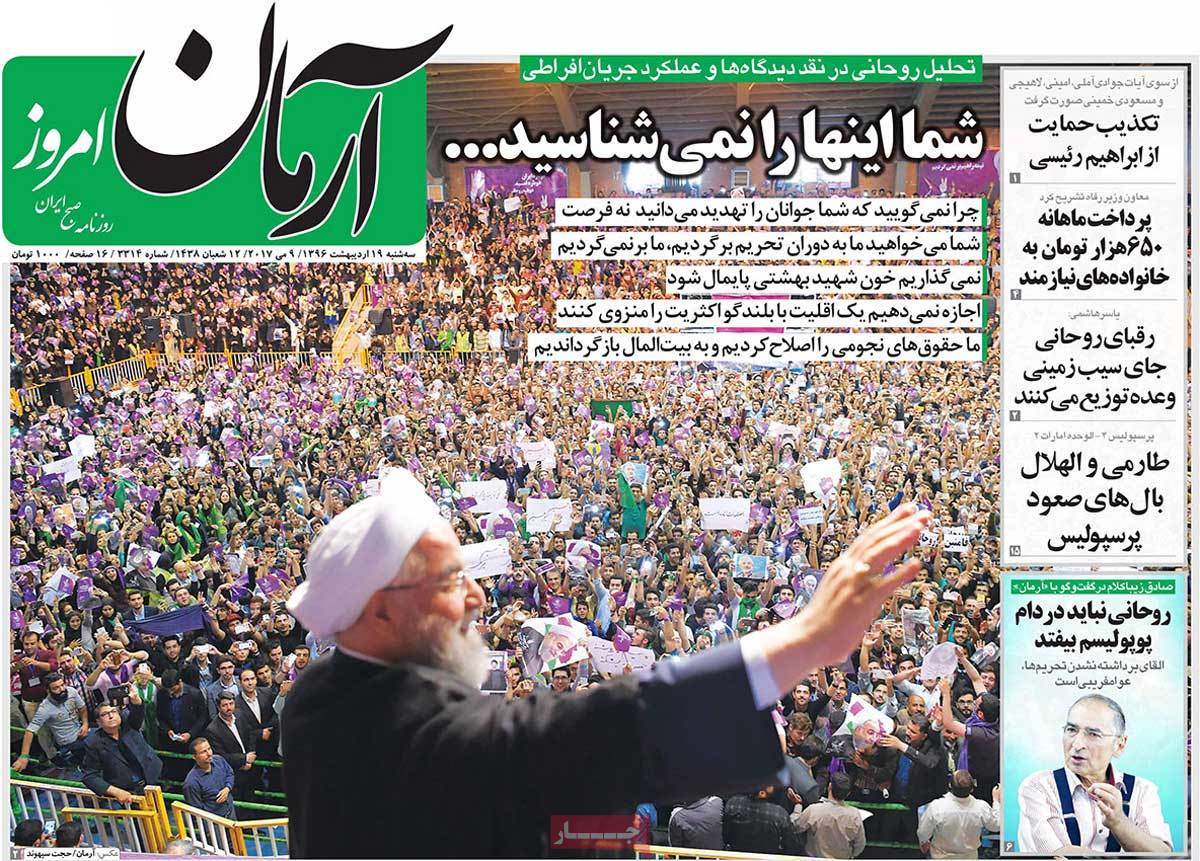 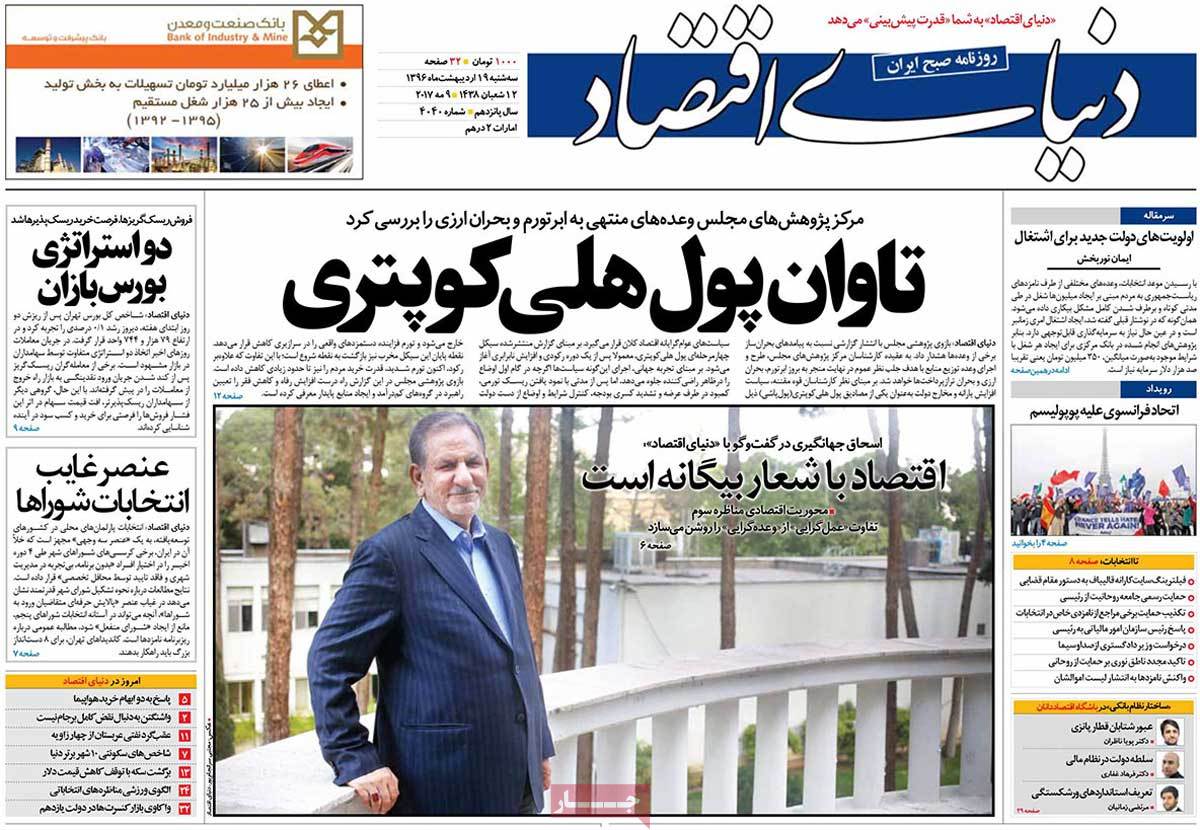 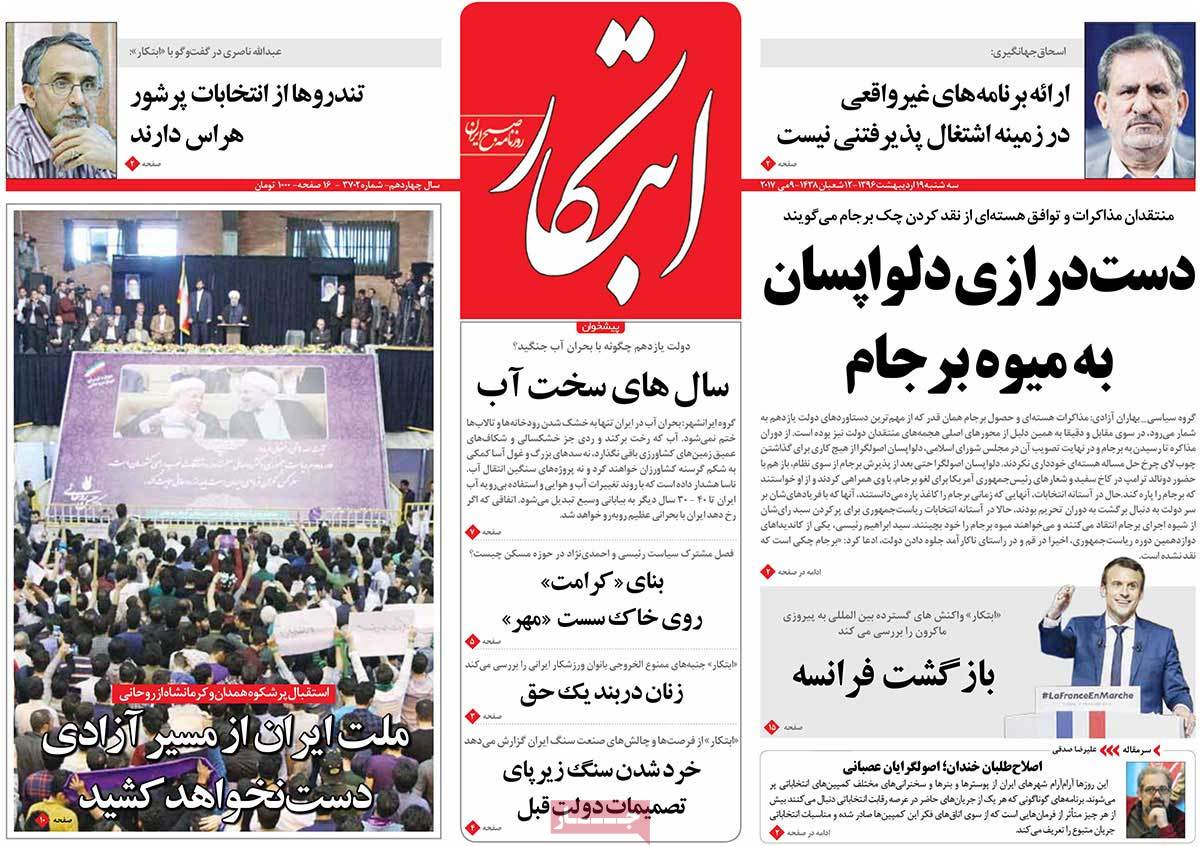 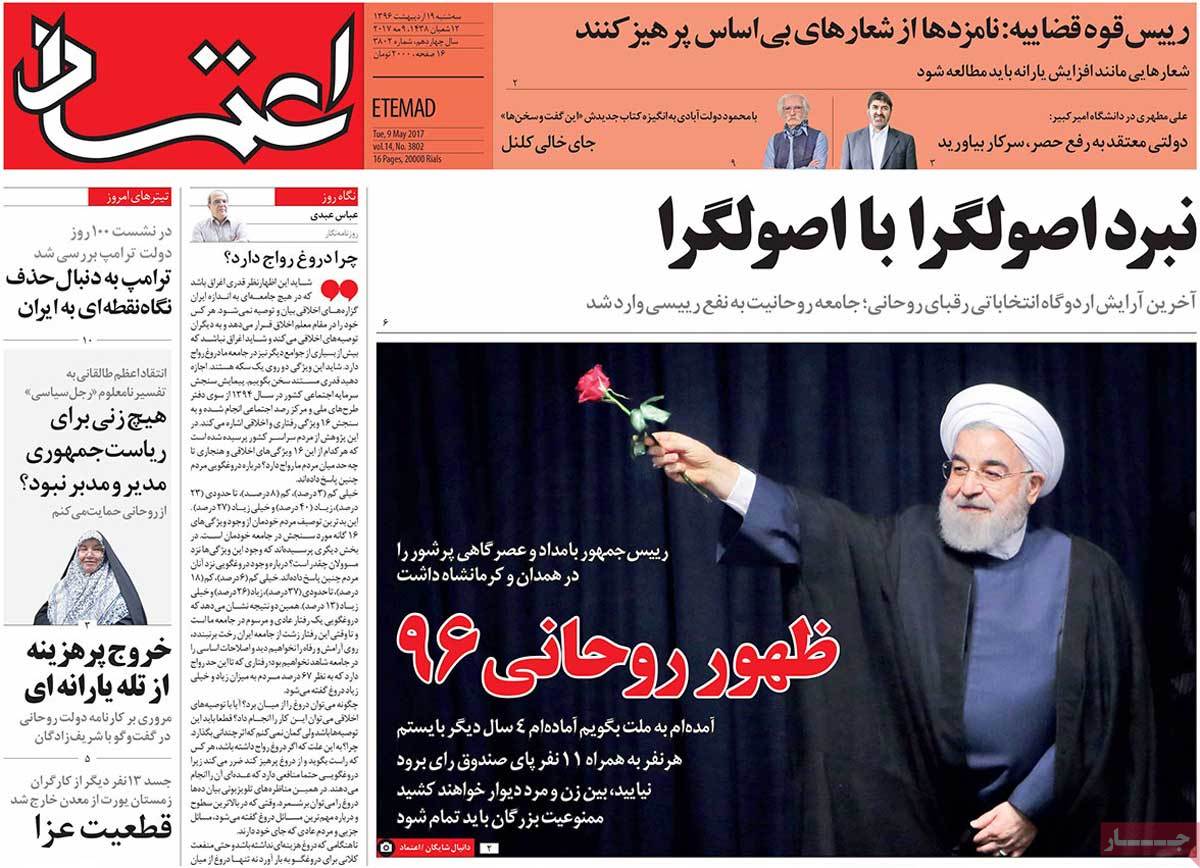 1- Era of Radicals is over: Rouhani 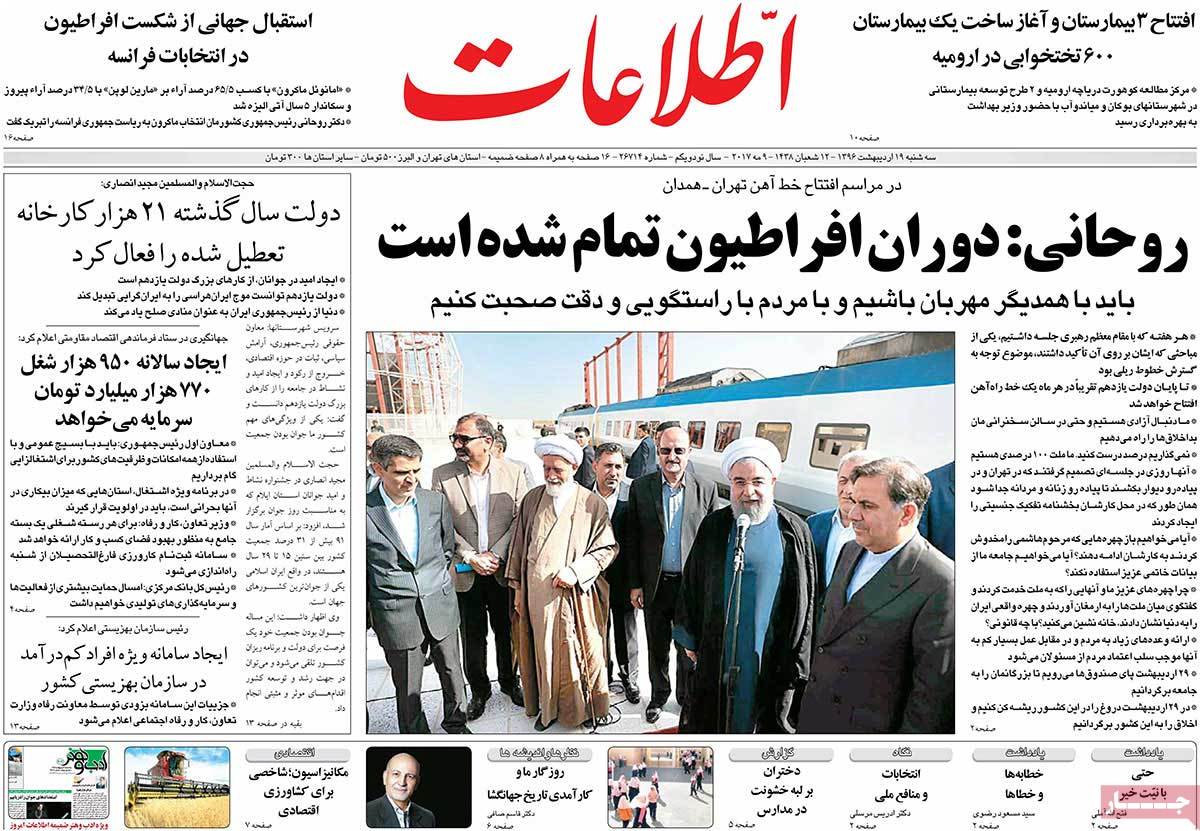 1- Danger of Populism Averted in France 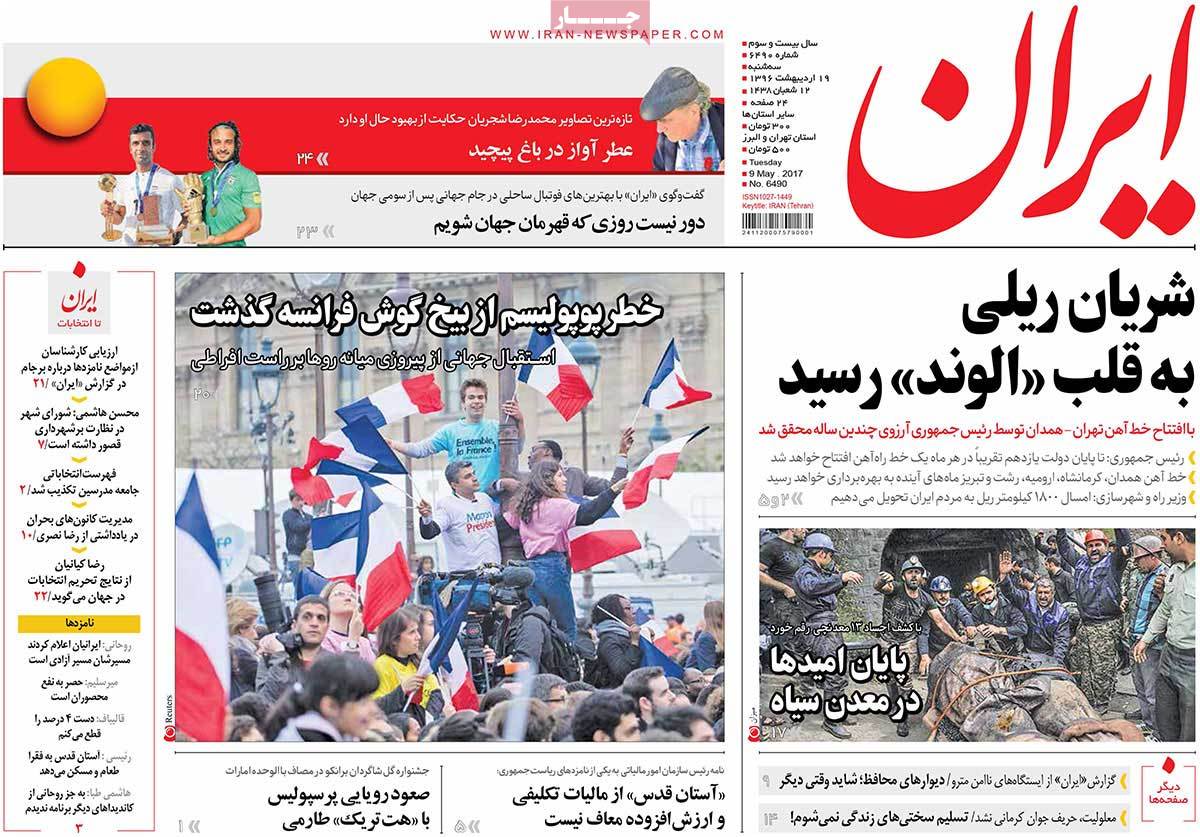 1- Rouhani: If Others Are Elected, They’ll Raise Walls in Sidewalks 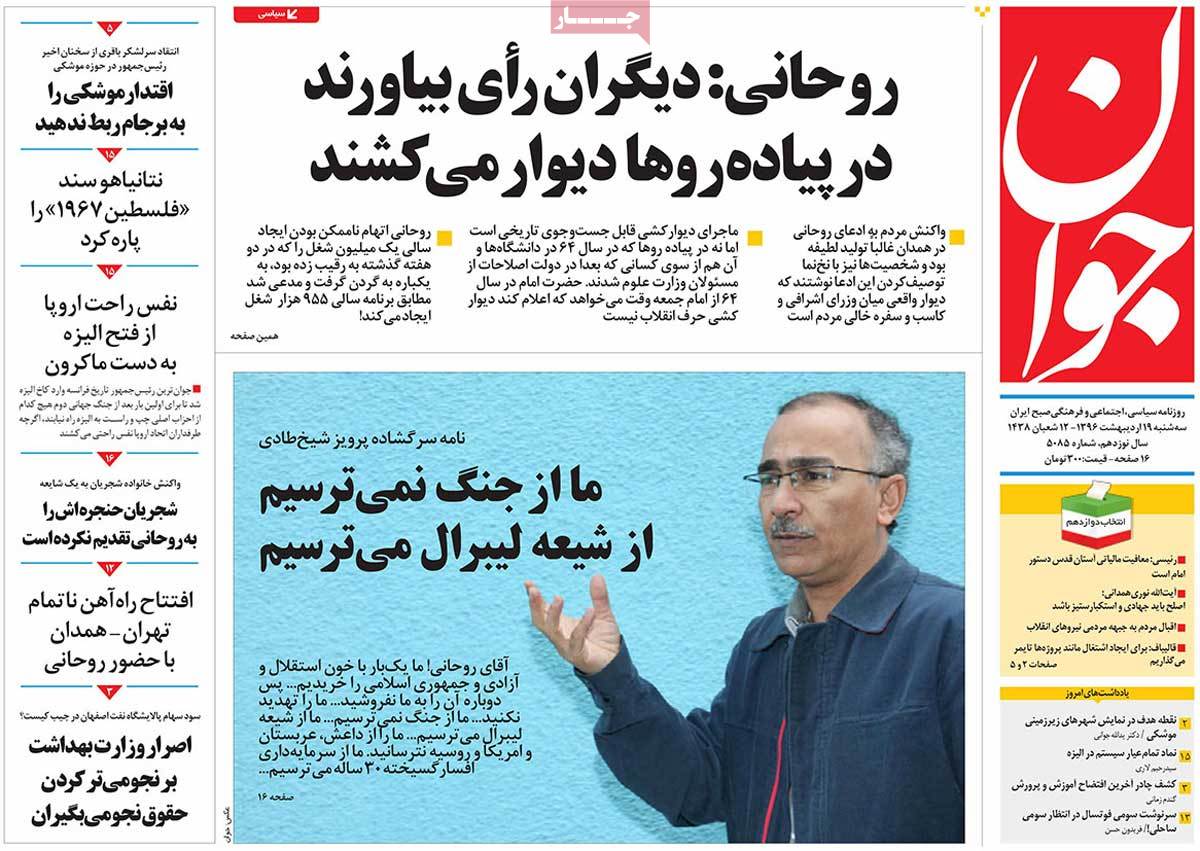 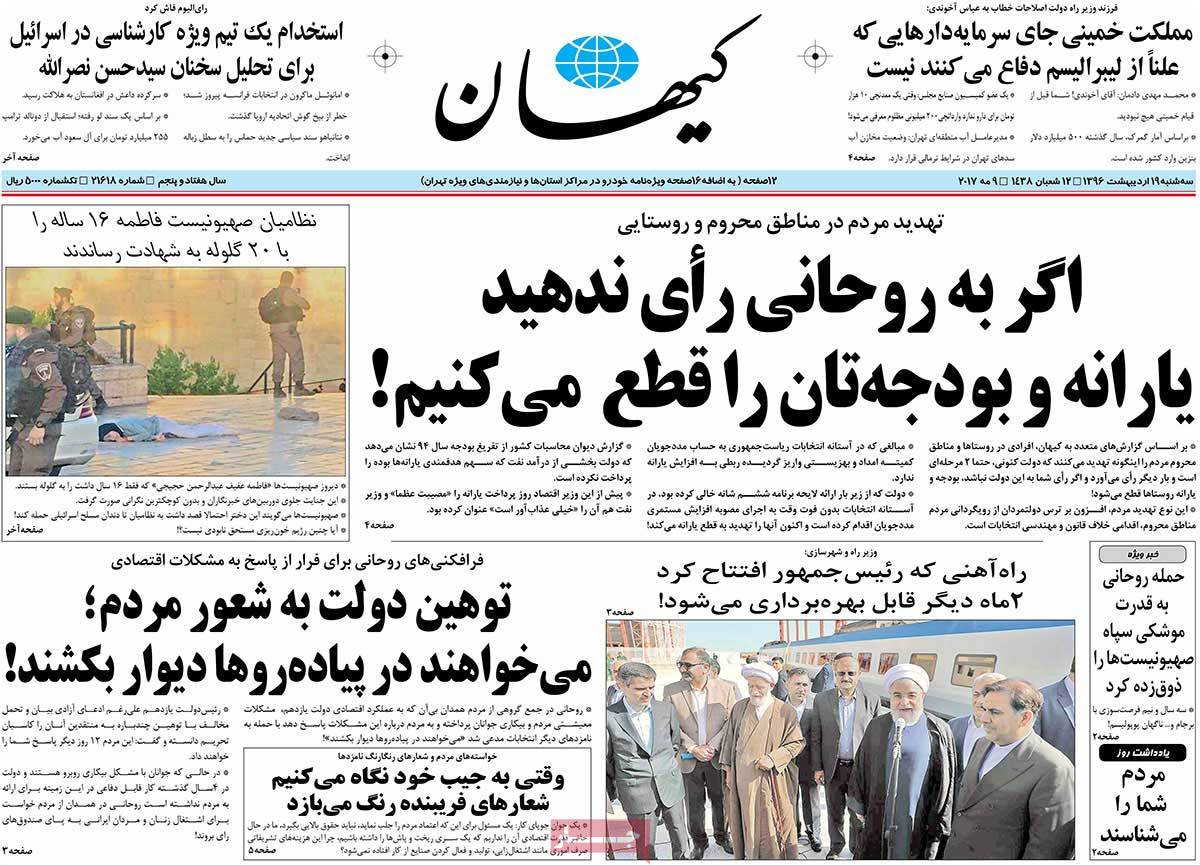 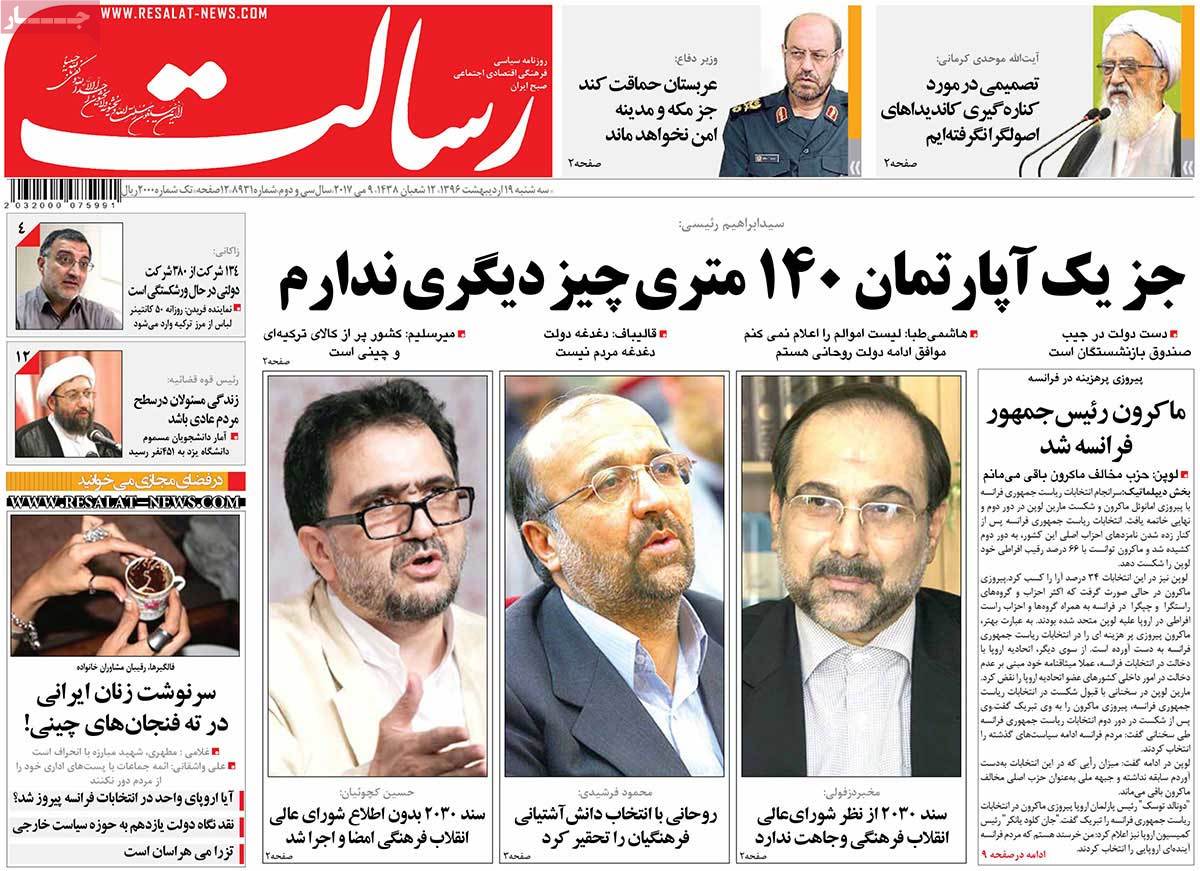 1- Red Crescent: Iran Has Widest Network of Volunteers in World 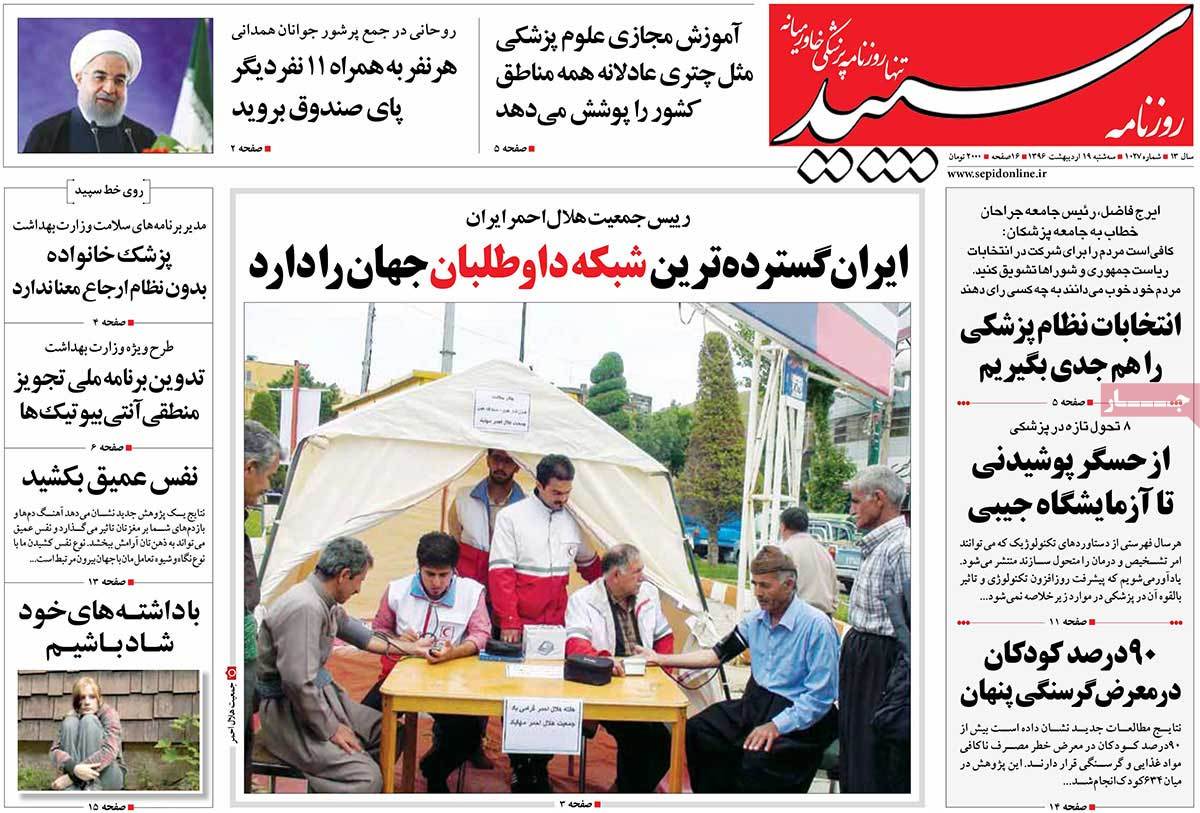 1- Populism = Poverty, Adversity: A Report on Bitter Experience of Populism 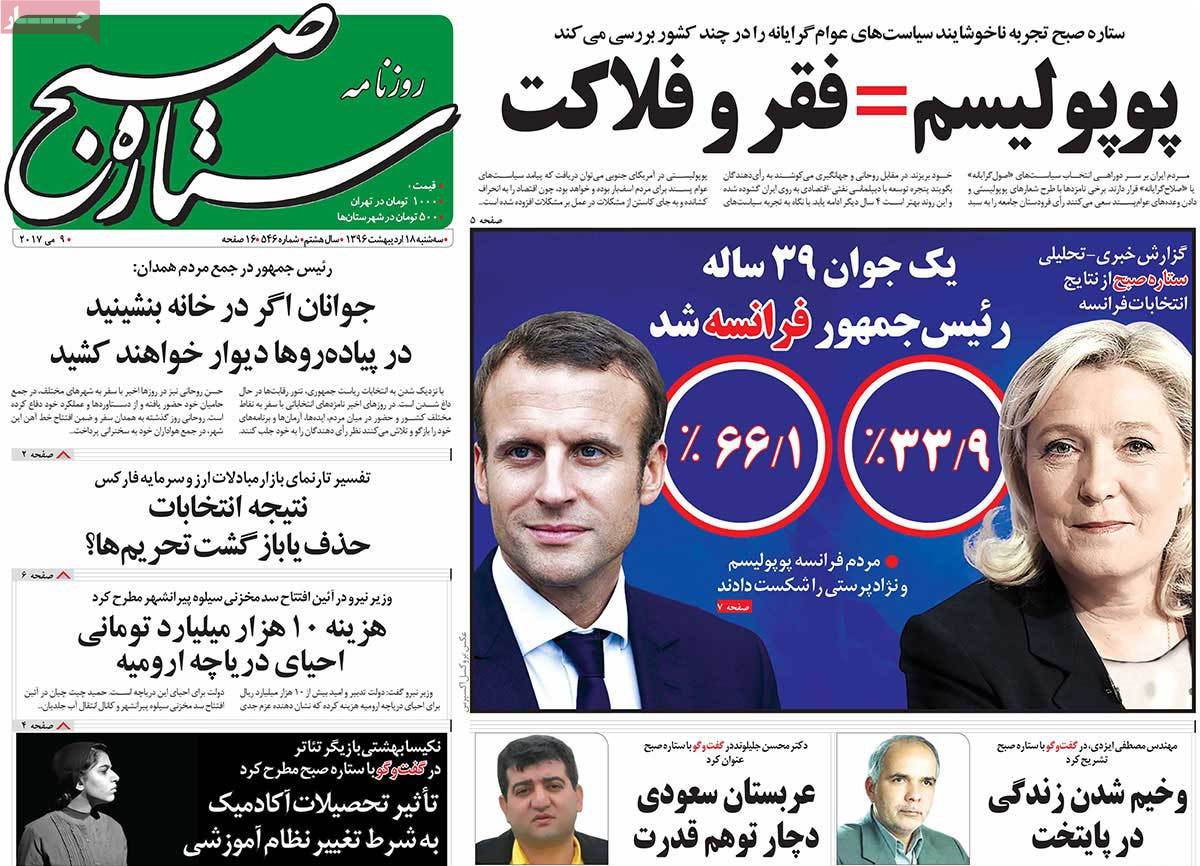 1- Everyone Moving Away from Qalibaf’s Camp, Joining Raisi

2- Promise to Multiply Amount of Cash Handouts is Instance of Buying Votes: MP 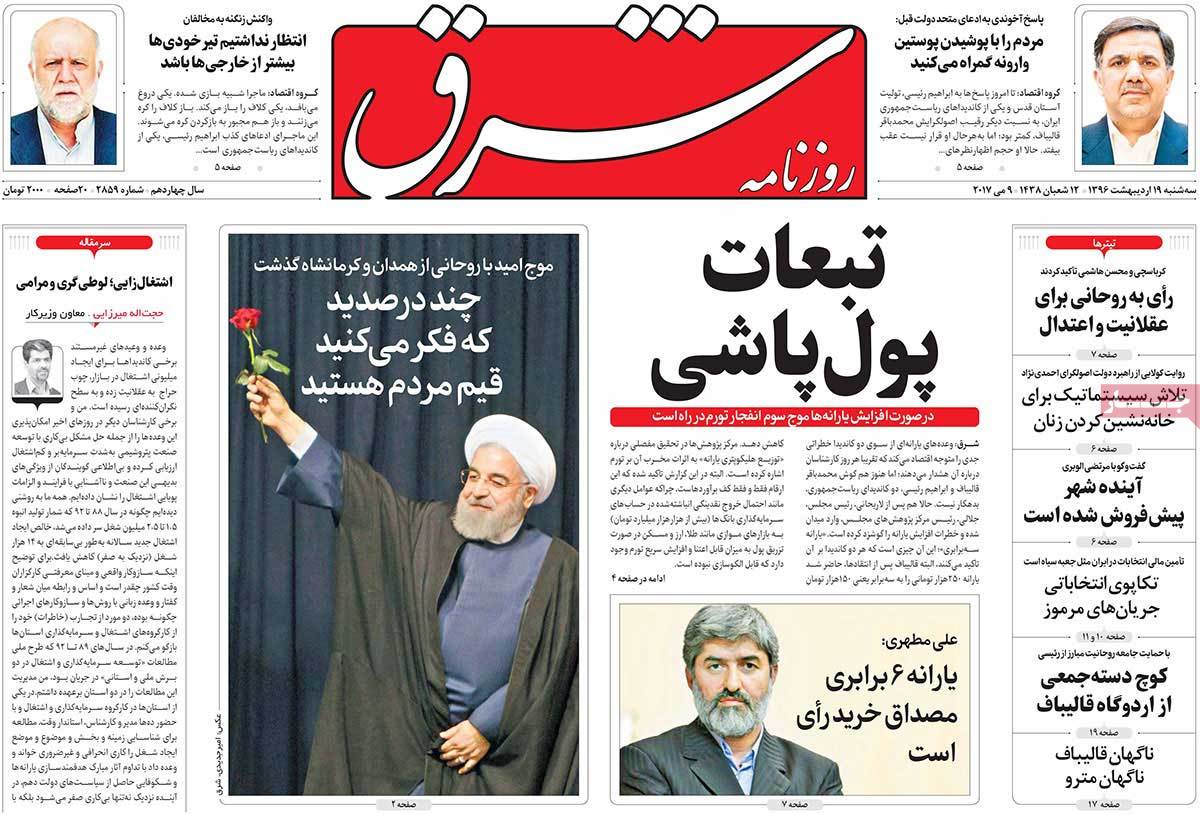