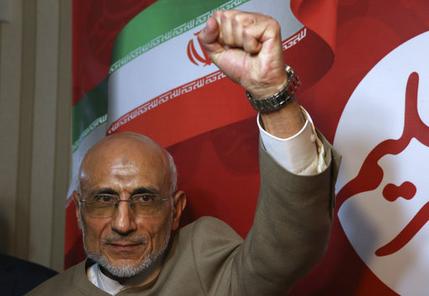 Iranian presidential candidate says not to linger over JCPOA

Tasnim– One of the candidates running for Iran’s presidency said that in case he takes office, he would not hesitate to proceed with the country’s activities regardless of how implementation of the July 2015 nuclear deal with six world powers, known as the JCPOA, unfolds.

Speaking to the Islamic Republic of Iran Broadcasting (IRIB) on Monday night, Mostafa Aqa-Mirsalim said the Joint Comprehensive Plan of Action (JCPOA) was reached with an attitude of “heroic flexibility” by the administration.

However, he added, the other side, namely the Group 5+1 (Russia, China, US, Britain, France, and Germany), failed to meet its obligations under the agreement.

“Since the JCPOA has been signed (by Iran), we will try to restore our rights, but to proceed with various activities (of the country), we will not linger over the JCPOA” the presidential hopeful stressed.

Iran and the six countries on July 14, 2015, reached a conclusion over the text of the JCPOA. The accord took effect in January 2016 and was supposed to terminate all nuclear-related sanctions against Iran all at once, but its implementation has been hampered mainly due to US policies.

Iran’s presidential election will be held on May 19.

During the previous polls in June 2013, Rouhani garnered 50.7 percent of a total of over 36 million votes.

The number of eligible voters in the upcoming election is estimated to be around 1.5 million higher than the 50.5 million in the previous round.