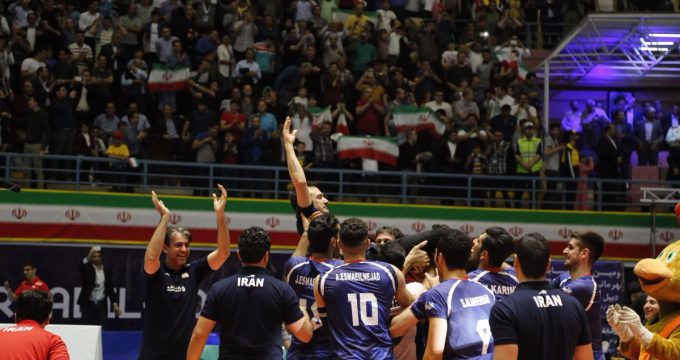 IRNA – Iran defeated Japan in three straight sets on Tuesday to win the title in Asian U-32 Volleyball Championship hosted by Iran’s northwestern city of Ardebil.

In the first set of the final game, Iran edged past Japan 27-25 in a narrow competition.

In the second set, Iran once again had difficulty defeating his heavy-weight rival 26-24.

However, everything seemed to be much easier for Iran in the third set where it beat Japan 25-20.

Iran and Japan, as the first two Asian teams, qualified for world competitions due to be held in Egypt in summer.