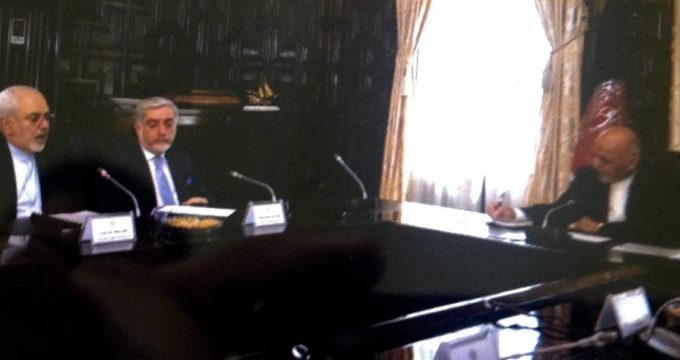 Iranian foreign minister also exchanged views on the relationships between the two countries, ways of expanding cooperation and common issues such as combating terrorism, with Haneef Atmar, in his regional tour to Afghanistan.

Mr. Zarif’s visit to Kabul comes at the invitation of his Afghan counterpart Salahuddin Rabbani.

He also travelled to Pakistan on May 3, where he met top officials over a terrorist attack near the Pakistan-Iran border last month, in which 10 Iranian border guards were killed.