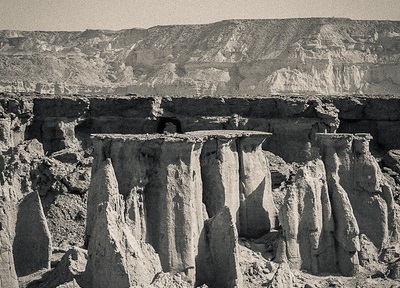 MNA – Qeshm Island was granted designation of UNESCO Global Geopark at the 21st session of UNESCO Executive Board on May 05.

Morteza Sheikhzadeh, Director of Public Relations and International Affairs at Qeshm Free Zone Organization, said a 10-day session of UNESCO Global Geoparks Council was held in France and, on the final day of the event on May 05, UNESCO’s Executive Board endorsed the decision to assign UNESCO Global Geopark label to eight sites in Asia, Europe and Latin America including Iran’s Qeshm Island.

Sheikhzadeh noted that Qeshm Island has received the label for a four-year period from May 05, 2017 to May 04, 2021 though the first revalidation will take place in 2020.

The official recalled that the Qeshm Island’s application to become a UNESCO Global Geopark had been rejected in 2013 and some thought that its globalization was a mere slogan. However, infrastructure projects, including the road to salt cave, received necessary funds and the government made investments for locals to have their own sustainable income. Theses measured paved the path to globalization of the Iranian geopark.

Qeshm Island UNESCO Global Geopark is an island shaped like a dolphin in the Strait of Hormuz, off the southern coast of Iran. Its exposed geological formations have been shaped by erosion generating a range of spectacular landscapes and beautiful rock deserts. Its preservation is supported by green tourism activities managed by local communities.