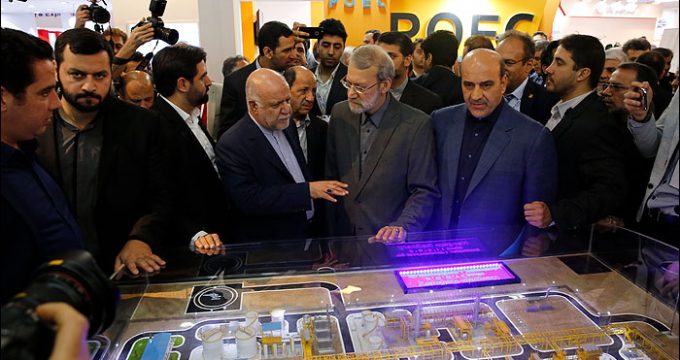 Tasnim – The Joint Comprehensive Plan of Action (JCPOA), a nuclear agreement between Iran and six world powers, contains the minimum of what Tehran had wanted to achieve, Parliament Speaker Ali Larijani said.

Speaking at the opening of the 22nd edition of Iran International Oil, Gas, Refining and Petrochemical Exhibition on Saturday, Larijani pointed to the controversies surrounding the JCPOA, saying what was hammered out as the final agreement fulfilled only the minimum of Iran’s demands.

The speaker, however, restated Iran’s commitment to the nuclear accord with the Group 5+1 (Russia, China, the US, Britain, France and Germany), warning that making alterations to the deal will create new problems.

Considering the status quo in Iran, investment in the oil and gas industry is of great significance, he added.

Iran and the Group 5+1 concluded the JCPOA in July 2015 and started implementing it in January 2016.

According to reports, Iran’s crude oil exports to Europe have increased since the nuclear deal came into effect and terminated nuclear-related sanctions on Tehran.

Turning to the oil and gas industry, Larijani said huge investments in the sector should have priority at present, calling for plans to increase production from the current oilfields and curb energy waste.

More than 4,000 domestic and foreign companies have showcased their latest technical achievements at the Iran International Oil, Gas, Refining and Petrochemical Exhibition.