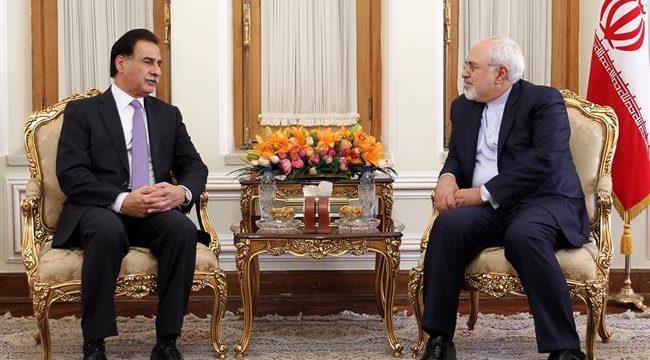 MNA – Iranian Foreign Minister Mohammad Javad Zarif and the Speaker of the National Assembly of Pakistan Sardar Ayaz Sadiq met on Wednesday in Pakistan.Zarif said Iran and Pakistan’s bilateral relations are at a good level; he expressed hope that as the presidents of the two countries have emphasized, cooperation would be developed in various fields.

Sadiq, while condoling with Iranian nation on the occasion of the martyrdom of a group of Iranian border guards, said Iran is one of the most important countries for Pakistan and we as two neighboring, Muslim and friend countries, can enjoy the best level of cooperation.

Responding to Mr. Zarif’s call for border issues, Pakistani official said Pakistan is ready to take any preventive measure to combat against terrorism in the borders.

It was decided that military and police officials of the two countries start counter-terrorism cooperation and coordination.