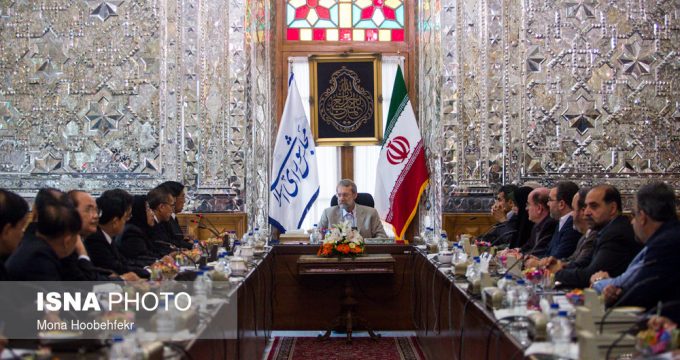 IRNA – Majlis Speaker Ali Larijani said on Tuesday that Iran and Indonesia boast numerous potentials for cooperation which should be used for economic development.

In a meeting with Chairman of Indonesian Parliament’s Budget Commission, Aziz Siyam Sudin, Larijani said that the current chaos reigning the region which has implicated almost all Muslim states should be addressed through political approaches and without war and bloodshed.

Stressing the need for promoting economic, political and parliamentary relations between Iran and Indonesia, Larijani said that the two countries have old-age and friendly ties with each other and have capacities which should be employed.

Chairman of Indonesian Parliament’s Budget Commission, for his part, said that boosting bilateral ties was among the main recommendations of the Indonesian parliament speaker during the visit to Tehran.

“Indonesia is keen on enhancement of bilateral ties in the economic, political, parliamentary and scientific fields,” he said.

Despite diverse Islamic sects in Indonesia, all are living in a brotherly manner and alongside each other and honor each other’s beliefs, he said.

The Indonesian official extended an invitation letter to Larijani from the speaker of Indonesian Parliament to visit the country in future.