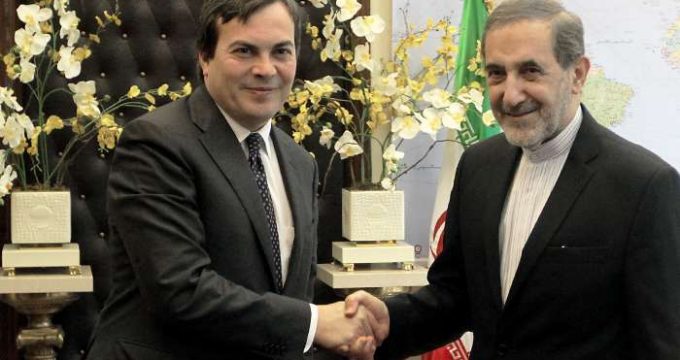 Tasnim– Given the far-reaching impacts of the Middle East developments, Europe needs to develop a more sensible understanding of the developments to contribute to world peace, head of the Strategic Research Center of Iran’s Expediency Council said.

“Unlike the past, regional issues impact on the international arena and the global community,” Ali Akbar Velayati said in a meeting with Italian Deputy Foreign Minister Vincenzo Amendola in Tehran on Wednesday.

He further called on European governments to gain a “more logical understanding” of the Middle East developments and adopt appropriate policies in order to contribute to “sustainable peace and stability in the region” and to “world peace and calm.”

Velayati further described Iran as the “most influential country in the region” and Italy as a major European state, and said there are the numerous grounds for closer cooperation between Tehran and Rome.