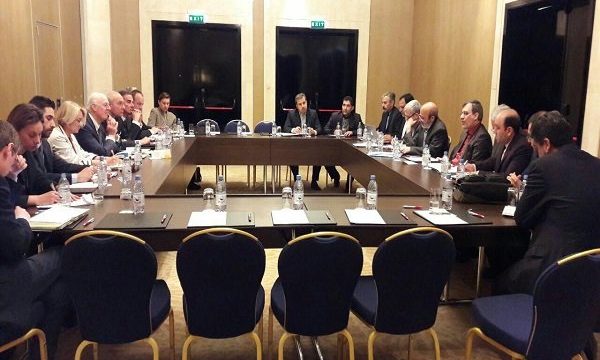 Iran calls for serious engagement of all Astana Process parties

De Mistura and Jaberi Ansari discussed and exchanged views on the latest developments in Syria and the process of dialogue in Astana.

Iranian deputy FM, while pointing to the need for expedition of the settlement process of the Syrian crisis and Islamic Republic’s constant policy in this regard, underlined the importance of serious and responsible role of the United Nations and other parties to Astana talks to achieve the ultimate goal.

Jaberi Ansari, who is the head of Iranian delegation in the Astana, arrived in the capital of Kazakhstan on Tuesday.

According to the Kazakh Foreign Ministry, the guarantors of the Syrian ceasefire will be represented at the high level. The Russian delegation is headed by the special presidential envoy for Syria Alexander Lavrentyev while the Turkish  delegation is led by Foreign Ministry’s Deputy Undersecretary Sedat Onal.

The US delegation will be headed by Assistant Secretary of the US Department of State Stuart Jones.