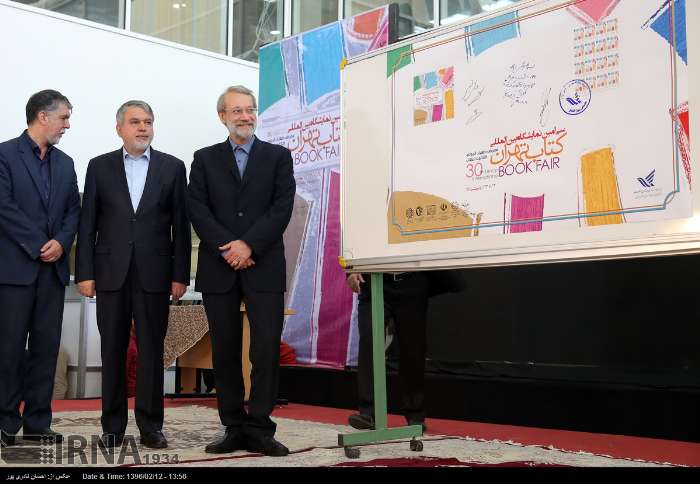 Tasnim – The 30th edition of Tehran International Book Fair (TIBF) opened in a fairground south of the Iranian capital with publishers from 110 foreign countries in attendance.

The international event, which has been staged under the motto of “Let’s Read One More Book”, began to host visitors today and will last until May 13.

The international book fair opened after a ceremony held on Tuesday attended by Iranian Parliament Speaker Ali Larijani, Minister of Culture and Islamic Guidance Reza Salehi Amiri and some other Iranian officials and lawmakers.

A number of foreign ambassadors, authors and publishers also participated in the event staged at Shahr-e-Aftab (Sun City) International Exhibition Complex, south of Tehran, near the mausoleum of the late founder of the Islamic Republic Imam Khomeini.

More than 2,780 publishers, including 2,643 domestic and 139 foreign companies from 110 countries, have put their books on display in the complex with an area of 135,000 square meters.

This year, Italy is the special guest country of the book fair and Istanbul, Turkey, is its guest city.