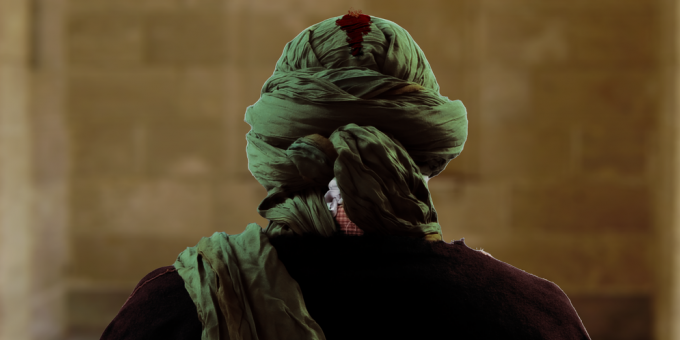 The philosophical meaning of Imamate and the infallibles’ role models

American Herald Tribune |Anastasia Fatima Ezhova: Some Sunnis accuse Shi‘as of denying that Muhammad (a) is the last Prophet and who has brought the last Divine Book and the last edition of the Divine Law as they claim the necessity of Imamate after the final of the Prophecy.

Due to this reason we should focus on the philosophical meaning of Imamate as this method also proves its necessity, especially if we study it with the means of analyzing the historical situation in the Islamic Ummah after the holy Prophet’s (s) demise.

So, if we get acquainted with that situation we’ll see that the distortion of Islam began from this very moment. It started from announcing Abu Bakr a ruler instead of Imam Ali (a) despite the Prophet’s clear order in Ghadir Khum. Then it continued by not allowed innovations in the Divine Law during Umar’s ruling as he prohibited two practices that are permissible according to the Holy Qur’an and the holy Prophet’s (s) Sunnah: small pilgrimage and temporary marriage. Those not wide in the beginning but sensitive judicial novelties going against Shari‘ah finally caused great distortions of Islam, as the Holy Qur’an states: “O believers, obey God, and obey the Messenger and those in authority among you. If you should quarrel on anything, refer it to God and the Messenger, if you believe in God and the Last Day; that is better, and fairer in the issue” (4:59). It’s mentioned in the trustworthy traditions that Ahl al-Bayt (a) are meant in this verse by “those in authority”, but some of the companions disobeyed the Prophet (s) and began to deviate from his Sunnah. It ended with forgetting the true Islam and with great unjustice in the social and political life of the Caliphate. The first two caliphs, despite their unlawful innovations, continued to lead a modest and moderate life in accordance with the Prophet’s (s) Sunnah. But their successors began swimming in a luxury and gained capitals using the methods not allowed in Shari‘ah. They violated the rights of the poor people granted to them by the Divine Law! Imam ‘Ali (a) couldn’t be tolerant to such a situation, so when he became a fourth caliph he began to revive Shari‘ah and to employ it on every area of society’s life. He followed the principle of social justice as the holy Prophet (s) did, thus reviving Shari‘ah in all its implications. He was reviving Din, i.e. Islam, with the help of a ruling based on Islamic prescriptions. That was going against the interests of some former companions of the holy Prophet (s) who had forgotten his Sunnah and became adherent to their selfish desires giving a special place to money and luxury inside of their hearts. That’s why three dirty wars were unlashed against Imam ‘Ali (a) and his faithful followers from the righteous companions who were called “Shi‘at ‘Ali”. We should pay a special attention to the second war called Siffin that was initiated by a Syrian governor Mu‘awiyah who revolted against Imam ‘Ali (a) as a ruler and claimed himself a caliph. Though that war was initially victorious for Ali and his warriors it ended with a temporary armistice cause of a dirty manipulation that broke the moral spirit of the majority of ‘Ali’s (a) army. And then his Eminence (a) was killed by a Khariji apostate under the pretext of “the revenge for the truce”.

That became a starting point for the Omeyyad dynasty’s ruling. During this period Islam was distorted totally as those monarchs abandoned most of Shari‘ah’s prescriptions. They were totally corrupted and exploited poor. They drank wine and enjoyed themselves with prohibited types of entertainment. They plundered the state treasury so that social unjustice and unequality flourished in all parts of the growing Caliphate. Another aspect of that regime was national discrimination towards non-Arabs.

In such horrifying conditions the beloved grandson of the Holy Prophet (s) and Imam ‘Ali’s and Fatima’s (a) son, the third Imam Hussein (a) raised the uprising against the regime of the Omeyyad caliph Yazid in order to protect the true Islam and to revive it in people’s minds and hearts. He and his warriors became martyrs on the God’s path on the 10th of Muharram near the place called Karbala. This crime of the regime that killed the sacred personality of Islam enlightened the essence of the state system of Omeyyads and leaded to its failure, as well as inspired many overwhelmed people who sought justice to turn their conscience towards Islam. Thus the martyrdom of Imam Hussein (a) and the revolutionary method became a way for reviving Islam.

Imam Khomeini (s) expressed this idea in many of his books and speeches, saying that “Muharram is a month revived by the leader of Islamic fighters and oppressed. Muharram saved Islam that was brought close to elimination by the Umaway”. [1]

After the Omeyyad dynasty’s failure other Imams (a) were serving the same great aim of reviving Islam by different methods such as educating people and teaching them the true Islam, as well as scientific work in the area of the Islamic doctrine and law, as Imam Muhammad al-Baqir (a) and Imam Ja‘far as-Sadiq (a) did, or working inside of the enemy regime’s elite in order to spread the true Islam, and this was the method of the 8th Imam (a). Some of the Imams (a) revived Islam only by their piousness and prayers as the 4th Imam (a) called Sajjad for his wholesome devotion to prayer.

If not Imamate there wouldn’t leave anything from the initial Islam in such conditions. It would have been totally forgotten and distorted following the sad way that Judaism and Christianity have passed. If some selected people (namely of the Prophet’s (s) Household) were not purified by God, there would be no criterion (hujjat) for identifying true and fake versions of Islam.

Shi‘a Muslims surely consider Muhammad (s) to be the last Prophet, but, as the famous researcher of the Islamic philosophy and mysticism Henry Corbin points out, in Shi‘ism it means the end of the cycle called “nubuwwat at-tashri‘”, i.e. revelation of the Divine Law. The Qur’an brought by Muhammad (s) is no doubt the last Revelation, and the last edition of Shari‘ah was sent to him.

The twelve Imams (a) didn’t change anything in the Book and the Law, they only preserved it and explained it to people, and thus they were reviving Islam. We can point out different aspects of this process.

2. First of all, the Imams (a) were saving the heritage of the Messenger of Allah (a) and were preserving Islam from any kind of distortion. For example, the collection of prophetic traditions began at the age of Imam Ali (a) and was performed by Ahl al-Bayt (a) and their righteous companions by writing the traditions down, while other companions tried to eliminate it “in order not to mix them with the text of the Qur’an”. It was followed by inventing many false traditions during the Omeyyad era; they were transmitted orally while Shi‘as possessed written manuscripts.

3. One of the greatest aims for the Imams (a) was preserving authentic prophetic Shari‘ah and putting it into life, i.e. judging people according the Divine Law, as well as developing the system of theoretical fiqh on this basis. This task was evidently topical as interpretation of verses and traditions on the exegete’s own taste had spread since the age of the companions. The most known example of it was prohibition of temporary marriages according to Umar’s voluntary act, but this was just the beginning for this corrupt practice known as ijtihad according the first meaning of this word. [2] The Imams (a) struggled against such kind of ijtihad based just on subjective opinions that were often contradicting the statements of the Prophet (s).

4. But the aim of Imamate is not confined only to preserving and implementing the Divine Law. They also had a deep insight into the esoteric aspects of Islam, including ethics, philosophy and mysticism, and they explained it to those who were able to comprehend these dimensions of Islam. Henry Corbin states that besides nubuwwat at-tashri‘ containing Shari‘ah there is also Haqiqat in Shi‘a Islam, i.e. the innate esoteric truth.

5. The very important aspect of Imamate is that the Imams (a) not only preserved, described and explained Islamic teachings and laws having left a number of texts fixed on a silent paper, but they showed the people the role models of a blessed and pious life based on Islam. This is the mentioned Haqiqat that includes following Shari‘ah as the necessary basic and initial stage We should stress that this role model and this ethical example is not a kind of book learning but is the alive example that is topical for all times. It is a vivacious role model as the Imams (a) urged people to call to Islam not by words but basically by deeds and examples as it was recommended in Imam Ja‘far as-Sadiq’s hadith. We must follow every prescription of Shari‘ah as it is the basis of Islam as an integral social, political, economic and judicial system, and it is the guarantee for justice in all these areas. But it’s doubtful that we’ll be good and true Muslims if we’ll just follow the instructions of fiqh mechanically, as above this Islamic ethical system is contained in 14 Infallibles’ deeds, and their very destiny is the vivid example how a Muslim should live his life. Every Imam (a) was a focus of some special aspect of Islam that plays important role in forming its ideological basis. For example, Imam Hussein (a) is a sample of self-sacrifice and martyrdom (shahadat) on God’s path, while Imam Sajjad is an example of total devotion to prayer; the 2nd Imam Hasan (a) is an example of patience (sabr), and Imam Ja‘far as-Sadiq (a) is an example of scientific erudition, and Imam Ali (a) is a universal example of justice and wisdom, while the Prophet (a) gathers all of this aspects inside of himself at once. Besides giving us a special pattern of behavior and life project, the Infallibles (a) have left for us various strategies appropriate for different conditions including political situation that is constantly changing. Though they (a) surely struggled for the same aim, i.e. reviving Islam, they used varied methods and strategies. Thus, the strategy of Imam Hussein (a) was a revolutionary one, while the strategy of Imam Hasan (a) was expectant, and the strategy of Imam Ridha (a) was invasion into the enemy’s state structures, and the strategy of Imam Sadiq (a) was educational as he spread the true Islam by the means of scientific research and teaching people, and, finally, the strategy of Prophet (a) and Imam Ali (a) was state governance. But we should remember that in the meantime all the Infallibles (a) form the same Light of Guidance, that’s why we should perceive all those role models and strategies as a wholesome entity, as the united essence of genuine Islam’s reality. Due to this reason we cannot exclude any role model or strategy from this unity, as by destroying this comprehensive system we thus risk to deny Tawhid.

[2] In his book “A Short History of ‘Ilm al-Usul” Shahid Muhammad Baqir as-Sadr points out that Shi‘a scholars of Usuli trend use ijtihad in its second meaning understanding it as the process of derivation of the laws of Shari‘ah from Qur’an and Sunnah, while ijtihad in its first meaning was understood as exegete’s personal opinion that could even contradict the Holy Book and Prophetic traditions (hadith).