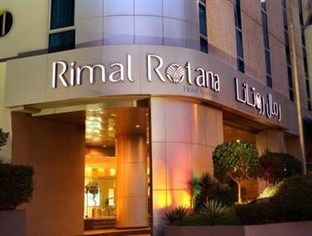 Arabian Business – Rotana, the Abu Dhabi-based hotel management company, is on the verge of surpassing its 100-hotel target, set in 2009.

The hotel management company – which calls the Middle East and North Africa its “home turf” – will have 104 operating hotels by 2020, with 55 currently operational and 49 under development.

When the new properties are complete, they will add 12,054 rooms to Rotana’s inventory, taking the total number to 27,087.

But for CEO and president Omer Kaddouri it is far from the end. It is a new beginning with a whole new set of goals.

“Years ago, we identified a target to open 100 hotels by 2020. We will open 17 hotels between now and the end of 2018, valued at $1bn, which will take the number of existing hotels to 72. And with another 32 hotels opening over the next two years, we will not only achieve our target, but surpass it.”

The British-Iraqi national, a hotel management graduate from Les Roches International School of Hotel Management in Switzerland, hopes to operate 150 to 160 hotels by 2025.

The UAE-born hotel operator is now so well known in the region it attracted large crowds at its stand at Arabian Travel Market in Dubai last week.

Despite the existing geopolitical and economic issues in the region, Kaddouri remains focussed on the Middle East, with Iraq and Iran on his radar.

“We have already opened a 5-star hotel in Erbil, Iraqi Kurdistan, and we are set to open an Erbil Arjaan hotel [in the first week of May],” he says.

The company is also hoping to open Sulaymaniyah Rotana, another 5-star hotel, in Iraqi Kurdistan, sometime next year.

Kaddouri says Rotana has signed a hotel in Baghdad, but construction work has slowed down, citing “issues” [ie, unrest] in the Iraqi capital.

“We are looking for opportunities in Basra. Wherever there are business opportunities, Rotana will be there, especially in the region and the greater region because this is our strength,” he says.

The company has been working on entering Iran for the past few years and is scheduled to open its first hotel there in less than a year.

“We have signed hotels in Tehran, Mashhad and Isfahan. We expect to open our first hotel in Mashhad, a shrine city, by the first quarter of next year,” he says.

Another prime market is Saudi Arabia, which the CEO says will be its “fastest growing” market in the Gulf. His optimism is primarily driven by the kingdom’s focus on leisure and entertainment.

In April 2017, Saudi Arabia’s Deputy Crown Prince Mohammed bin Salman  Al Saud announced plans to build a mega entertainment city close to the capital of Riyadh that will include a safari area and a Six Flags theme park. The ambitious project is part of Saudi Vision 2030, which aims to create quality and distinctive investments within the country.

“It’s all very positive. So when we hear about an entertainment city in Saudi Arabia, it’s fantastic and is going to open up the kingdom to a different demographic. It’s going to be great for the hotel business, as people will be coming here not just for business, but for leisure as well.”

A recent report compiled by Colliers International says Saudi Arabia is ready to invest up to $2bn in cultural tourism, including a number of projects and targets set out under Saudi Vision 2030.

The Cove Rotana Resort Ras Al Khaimah has 600 metres of beaches, as well as waterways throughout the resort of 204 rooms and 78 villas.

Despite Saudi’s new push for leisure activities, Kaddouri believes it is not likely to displace Dubai as the region’s hospitality centre.

“Every city in the GCC where we operate has its uniqueness – Abu Dhabi is for culture, Dubai has the fast paced commercial-leisure angle, Saudi Arabia is for religious endeavours, Medina and Makkah. Every place has its focus. I don’t think one will overshadow the other, but they will all complement the bigger picture of the MENA region.”

When Rotana founder Selim El Zyr decided to step aside in 2014, he said: “Omer is a dreamer and a doer. I believe [he] can drive the company to new levels. Omer has everything it takes for success: drive, vision, passion, loyalty, charisma and modesty.”

Those qualities will be needed as the UAE hospitality industry continues to face challenging times. The biggest challenge remains falling room rates, he says.

According to hospitality analysts STR, average daily rates (ADR) across Dubai fell 10 percent in March 2017 compared to a year earlier, with an average night costing $206. Revenue per available room (RevPAR) also declined by 11 percent to $178.

“We have seen average room rates dropping significantly and when they drop significantly it affects profitability,” Kaddouri says.

“So you have to be cost efficient and you have to look at your manpower. You may have to reduce your staff numbers because revenue is down and add that cost saving to your bottom line. But you can be cost-efficient to a certain degree; and then it stops because if you are too low on your costs then you are affecting the quality. And the UAE and the Middle East is known for its quality.”

Dubai reached the 100,000 hotel room target in 2016 and is expected to add 40,000 new rooms before Expo 2020. Also, online marketplaces, such as Airbnb and licensed holiday home players, can offer cheaper accommodation rates.

Though not many local hotel management companies are planning to go public, Kaddouri is not ruling out a public listing in the near future.

“We think it [an IPO] will happen at some stage, but we don’t have a date and time on it. Every company of our size needs to understand what is required for an IPO and how prepared they need to be for it. We are talking a lot more about it at the board level.”

Rotana was the second hotel to open at the integrated tourism complex Salalah Beach, in Oman’s south.

But is the hotel business as lucrative for investors as before? The “good old days” [pre-2008] where investors expected to get their money back in three to five years are gone, Kaddouri says.

“[Now], if a hotel is built in a proper way with proper engineering, interiors and the market is running in a good way, investors can expect to get their money back in 10 to 12 years. But if the situation gets worse, in terms of room rates, the period can stretch up to 15 years,” he says.

“It’s just that the mentality here [in the Middle East] with investors is that they are so used to having it done quickly. That’s certainly changing. Increased costs, increased taxes levied, increased fees, lower average room rates, higher staff costs – all of these things are affecting return on investments. So you just have to be realistic.”

Prudent advice for investors if they want the Middle East hospitality market to continue to prosper.

#IranDeal, Abu Dhabi, economy, Rotana Hotel May 1, 2017
Mosul to be totally freed from Daesh grip in May: Cmdr.
US lacks courage to attack Iran: IRGC general