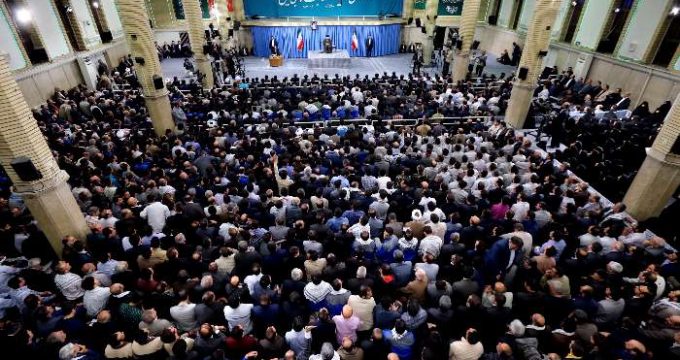 Iran’s coverage: Risk of war on Iran eliminated by people, not officials: Leader

Leader of the Islamic Revolution Ayatollah Seyyed Ali Khamenei says Iranian people have removed the specter of war, dismissing claims that it was the achievement of a certain administration.

Iran has inaugurated the first phase of a major refinery project in the country’s south which officials say would make the country independent from imports of gasoline after 36 years once fully developed.

Iran’s national flag carrier Iran Air says it expects to receive the first of a series of planes purchased from ATR in two weeks.

The Iranian petroleum minister said Saturday Tehran will agree on prolongation of the agreement on reduction of oil output reached by the Organization of the Petroleum Exporting Countries (OPEC) and non-cartel member states, if other parties to the deal agree to do so.

The Iranian parliament’s National Security and Foreign Policy Commission plans to launch an investigation into a recent cross-border terror attack in the southeastern province of Sistan and Balouchestan near Pakistani border that killed 9 border guards.

An Iranian citizen was shot dead on Saturday night in Istanbul, Turkey.

Spokesman: Iran still opposed to US presence in Astana meeting

Iranian Foreign Ministry Spokesman Bahram Qassemi underlined that his country is still opposed to the US representatives’ participation in the next round of Syria talks in Kazakhstan’s capital city in May.

Iranian Vice-President and Head of the Atomic Energy Organization of Iran (AEOI) Ali Akbar Salehi stressed that Tehran does not value Washington’s verbal threats about withdrawing from the 2015 nuclear deal, and only cares for actions.

Iranian President Hassan Rouhani has filed a complaint with Iran’s Election Campaign Monitoring Committee about allegations leveled by a presidential candidate against him during a live TV debate.

The Iranian men’s national weightlifting team has collected 562 points at the 2017 Asian Weightlifting Championships in Turkmenistan, and clinched the victory to snap a five-year title drought at the prestigious continental sports event.