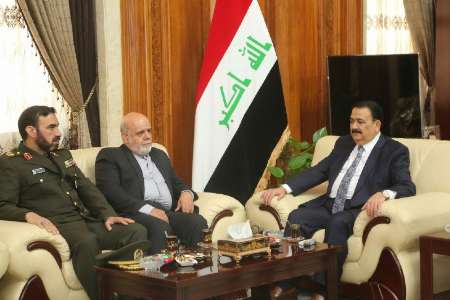 In the meeting, the two sides underlined expansion of defensive cooperation between the two countries.

Al-Hiyali appreciated Iran’s stances and support for Iraq, especially in fight against Daesh.

He said that history will never forget Iran’s supports for the Iraqi people in the hard times.

Since start of his mission last week, Masjedi has held talks with foreign minister, parliament speaker, prime minister as well as vice-president of Iraq.