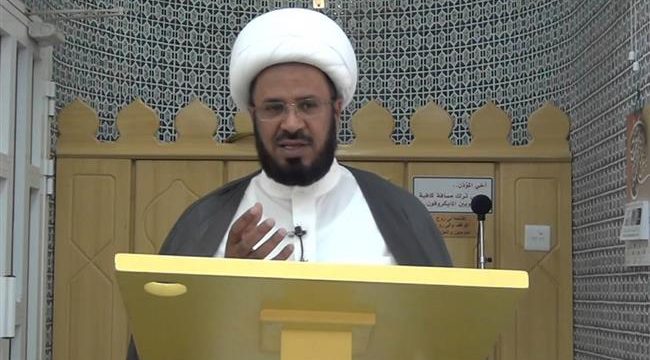 Press TV – Bahraini regime forces have arrested another Shia Muslim cleric as the ruling Al Khalifah dynasty presses ahead with its heavy-handed crackdown and persecution of the members of the religious community in the tiny Persian Gulf kingdom.

Masked Bahraini troopers stormed the house of Sheikh Abdulzahra Karbabadi in the northern village of Karbabad early on Friday, and arrested the cleric and his wife, Arabic-language Lualua television network reported.

Regime forces later raided the village of Karrana, and arrested the cleric’s sister.

Bahraini troopers also arrested Sayed Yassin al-Mosawi and Sheikh Jassim al-Kayyat on July 25, 2016 over their participation in a sit-in outside the residence of distinguished religious figure Sheikh Issa Qassim in Diraz to denounce the regime’s decision to revoke his citizenship.

The pair were taken to a police station in the northwestern coastal town of Budaiya, located just 10 kilometers southwest of Manama, and security personnel prevented their lawyer Jassim Sarhan from reaching out to them.

Thousands of anti-regime protesters have held numerous demonstrations in Bahrain on an almost daily basis ever since a popular uprising began in the country on February 14, 2011.

They are demanding that the Al Khalifah ruling family relinquish power and a just system representing all Bahrainis be established.

Manama has spared no effort in clamping down on dissent and rights activists. On March 14, 2011, troops from Saudi Arabia and the United Arab Emirates were deployed to Bahrain to assist the Manama government in its crackdown on peaceful protesters.