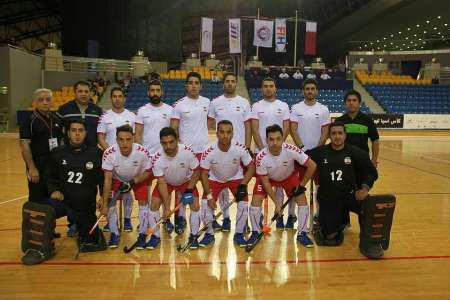 Press TV – The Iranian men’s national indoor field hockey team has proudly marched into the final showdown of the seventh edition of the Asian Cup in Qatar after trouncing Uzbekistan in the continental tournament.

On Thursday evening, the Iranian outfit was resolute not to let the opposite team fulfill its dream of featuring in the title clash.

The Persians deservedly won the semi-final fixture at the world’s largest indoor multi-purpose dome – Aspire Dome – in the Qatari capital city of Doha, 12-2 and shattered the Central Asians’ championship hopes.

The Iranian men’s national indoor field hockey team will play the final against Kazakhstan, who won through a narrow 5-4 victory against Qatar in the other semi-final match.

The 7th edition of Indoor Hockey Asia Cup kicked off in Qatar on April 24, and runs through April 28, 2017.

The men’s event comprised of eight teams drawn into two pools. Iran had been drawn in Group A along with Qatar, Malaysia and Oman. Kazakhstan was in Pool B with Uzbekistan, Taiwan and Thailand.

The top two teams from each group played in the cross-over semi-finals, while the finalists automatically qualified for the 2018 Hockey Indoor World Cup, which is scheduled to be held between February 7 and 11 next year in the German capital city of Berlin.

The team is led by Esfandiar Safaei as the head couch. Masoud Bohlouli and Abolfazl Yousefi assist Safaei as coaches.

Meanwhile, Kazakhstan, Malaysia, Thailand, Uzbekistan, China and North Korea were competing in the women’s category of the Indoor Hockey Asia Cup. They met each other in a round-robin format, with the top two teams meeting in the final.