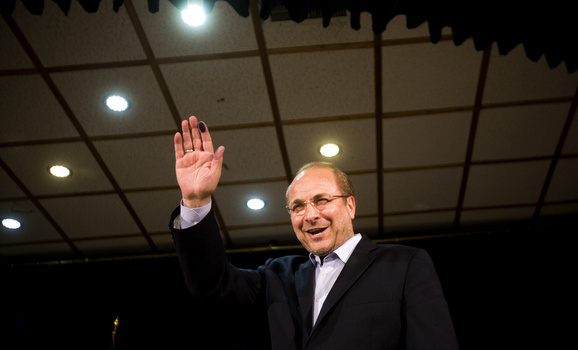 Al-Monitor | Matt Dabrowski: According to a recent survey released by the polling firm IranPoll, incumbent Hassan Rouhani remains popular just as Iran’s presidential campaign kicks into high gear. But Tehran Mayor Mohammad Bagher Ghalibaf, Rouhani’s chief rival from the last presidential election in 2013, is also well regarded by voters. Does the poll, which was conducted April 11-14, set the stage for a rematch between the two men for the presidency?

The first round of the presidential elections will be held May 19.

The weakness in the broader Iranian economy has weighed heavily on Rouhani’s public image. The International Monetary Fund reported in February that the Iranian economy grew an impressive 7% over the past year, but that nearly all of this growth was attributed to increased oil exports.

The survey shows that 72% of Iranians believe the economic situation “has not improved” as a consequence of the 2015 Joint Comprehensive Plan of Action (JCPOA). Nearly half — 42% — say unemployment is the most important issue facing the country, with a further 13% specifically citing youth unemployment.
Read more here