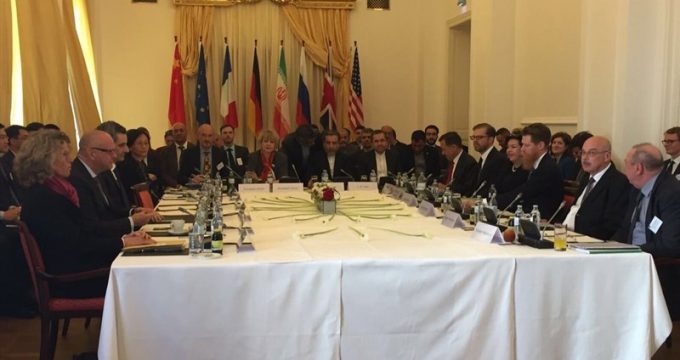 Tasnim – The seventh session of the JCPOA joint commission, a group tasked with monitoring commitments to the 2015 nuclear deal between Tehran and six world powers, is underway in the Austrian capital of Vienna.

Vienna’s Palais Coburg hotel is playing host to the meeting at the level of deputy foreign ministers from Iran and the Group 5+1 (Russia, China, the US, Britain, France and Germany).

The meeting is focusing on various issues, including proper implementation of the deal as well as all parties’ compliance with it.

The sixth meeting of the commission was held in Vienna in January and the participants emphasized the need for all relevant parties to honor their obligations under the JCPOA, particularly those related to the lifting of anti-Iran sanctions.

Iran and the Group 5+1 (also known as P5+1 and E3+3) reached a conclusion over the text of the nuclear deal in July 2015 and implemented it in January last year.