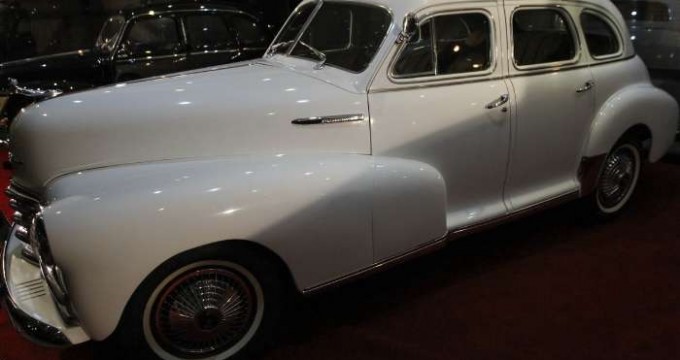 500 antique cars on show in Kurdistan

Financial Tribune- A classic car show opened in the Kurdish city of Sanandaj, the capital of Kurdistan Province in west Iran, on April 20, with more than 500 vehicles on show for the first time. The Sanandaj Classic Car Show was held in the city’s Zolfaqar Nasab Stadium over the weekend with exhibitors from Hamedan, Kermanshah, and Baneh, the website Asre Khodro reported.

According to a press release for the event, cars on show included Mercedes-Benz, Chevrolet, Jaguar, Fiat, Toyota, and Peugeot. Several older Iranian cars were also displayed including the locally produced Paykan made by the Roots Group and sold as a Hillman Hunter. Besides the classic cars, modifying companies were also present showing their latest technology to improve modern cars including wheel rims, tires, and in-car electronics.

The event was hosted by the Youth and Sports Development Department of Sanandaj as well the city’s off-road motorcycle club. Specialized car shows are becoming a favorite pastime with people bringing out their much-loved vehicles for shows across the country.