A Look at Iranian Newspaper Front Pages on April 23

Iran Front Page- IFP has taken a look at the front pages of Iranian newspapers on Sunday and picked headlines from 13 of them. IFP has simply translated the headlines and does not vouch for their accuracy.

Many Iranain newspapers today covered a decision by a committee tasked with monitoring the campaigns for Iran’s presidential election to live broadcast the presidential debates despite an earlier decision not to do so.

The visit of Georgian prime minister to Tehran, his meetings with Iranian president and vice-president, and the MoUs signed between the two sides also received great coverage.

Newspapers also pointed to IRGC commander’s remarks about the inauguration of the world’s biggest refinery in southern Iran, which will make the country self-sufficient in the production of petroleum. 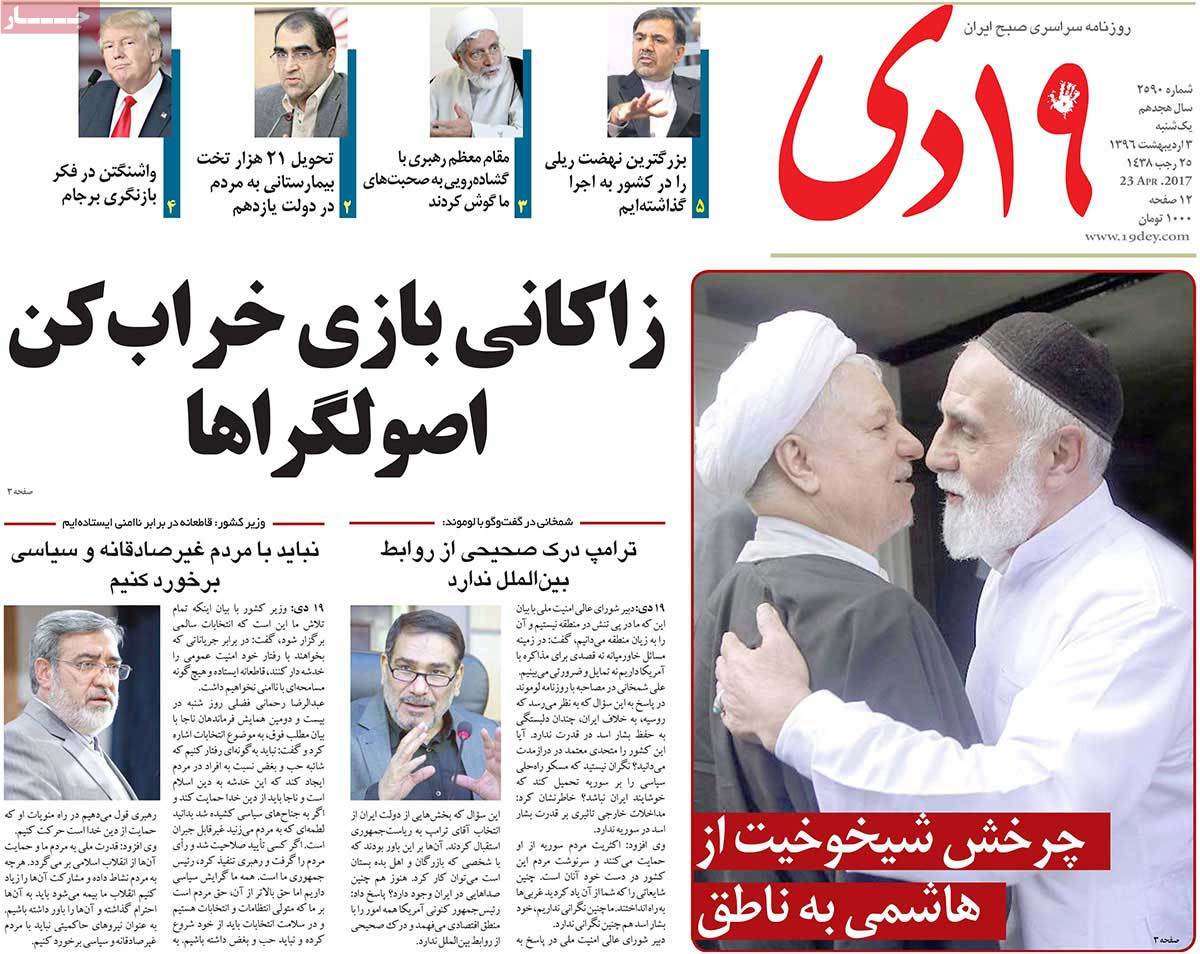 1- Minister: Rouhani Called Me Twice to Protest against Recorded Broadcast of Presidential Debates

2- 8,981 Qualified to Run for Local Elections in Tehran Province 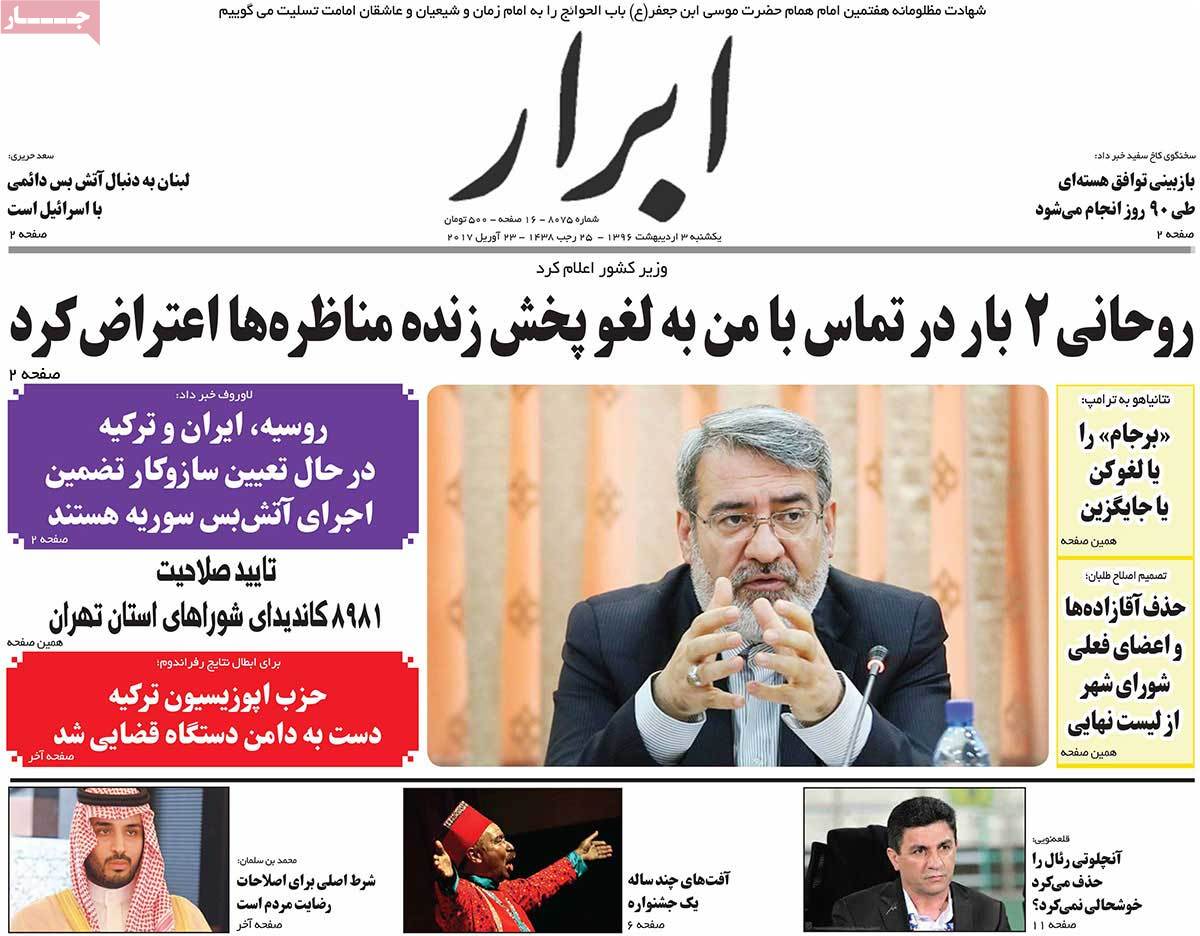 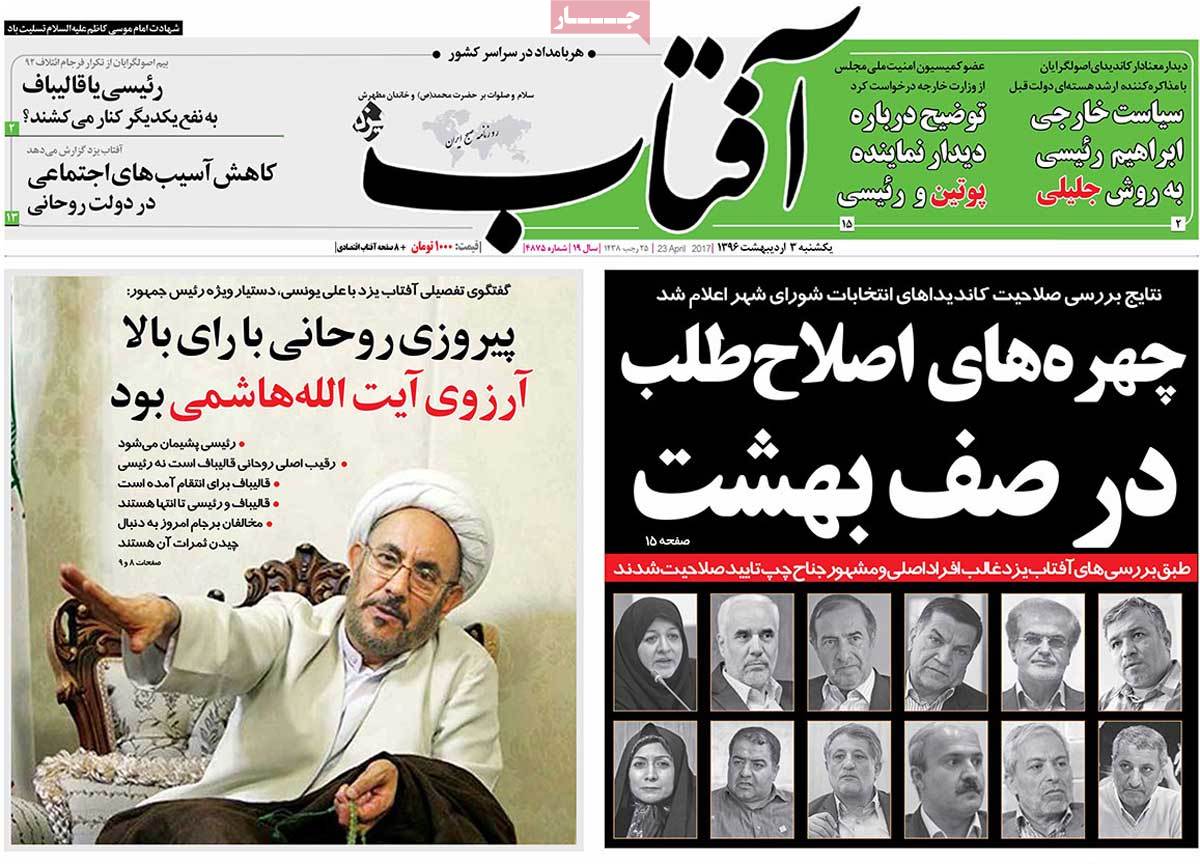 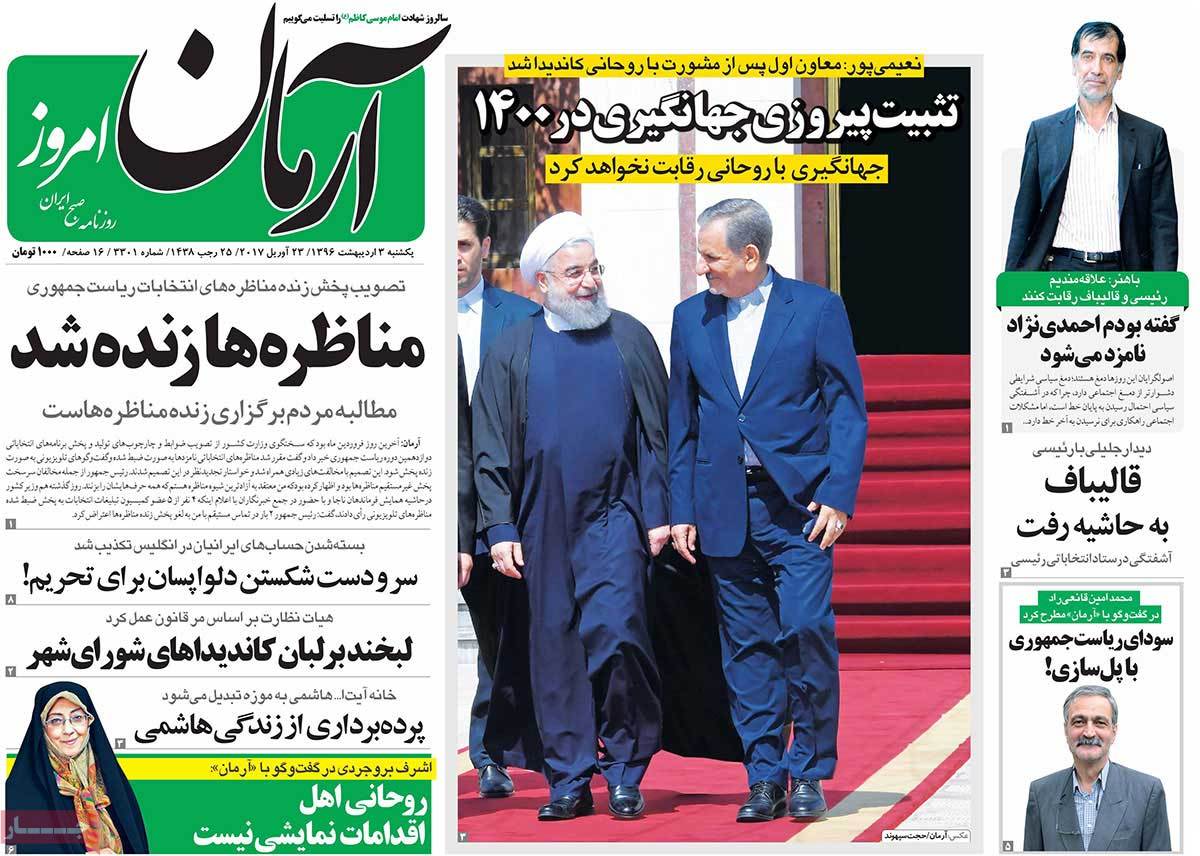 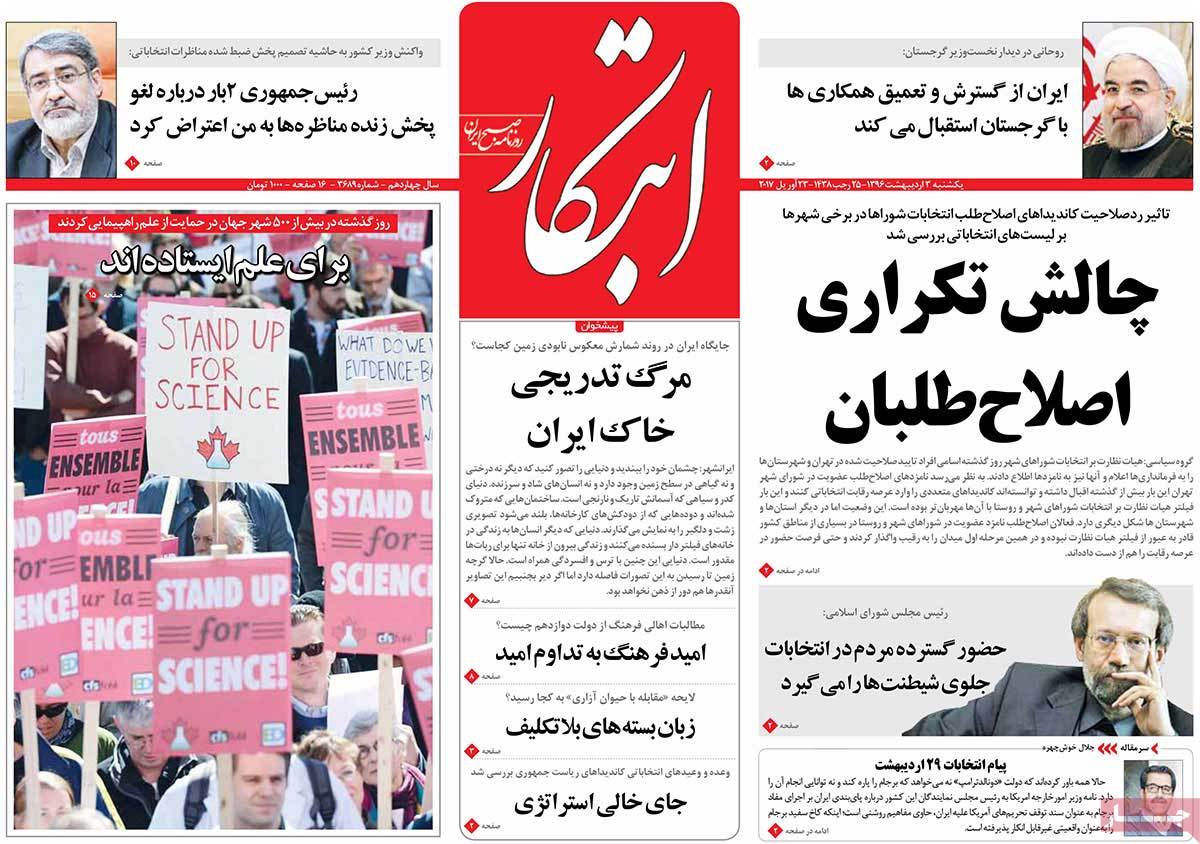 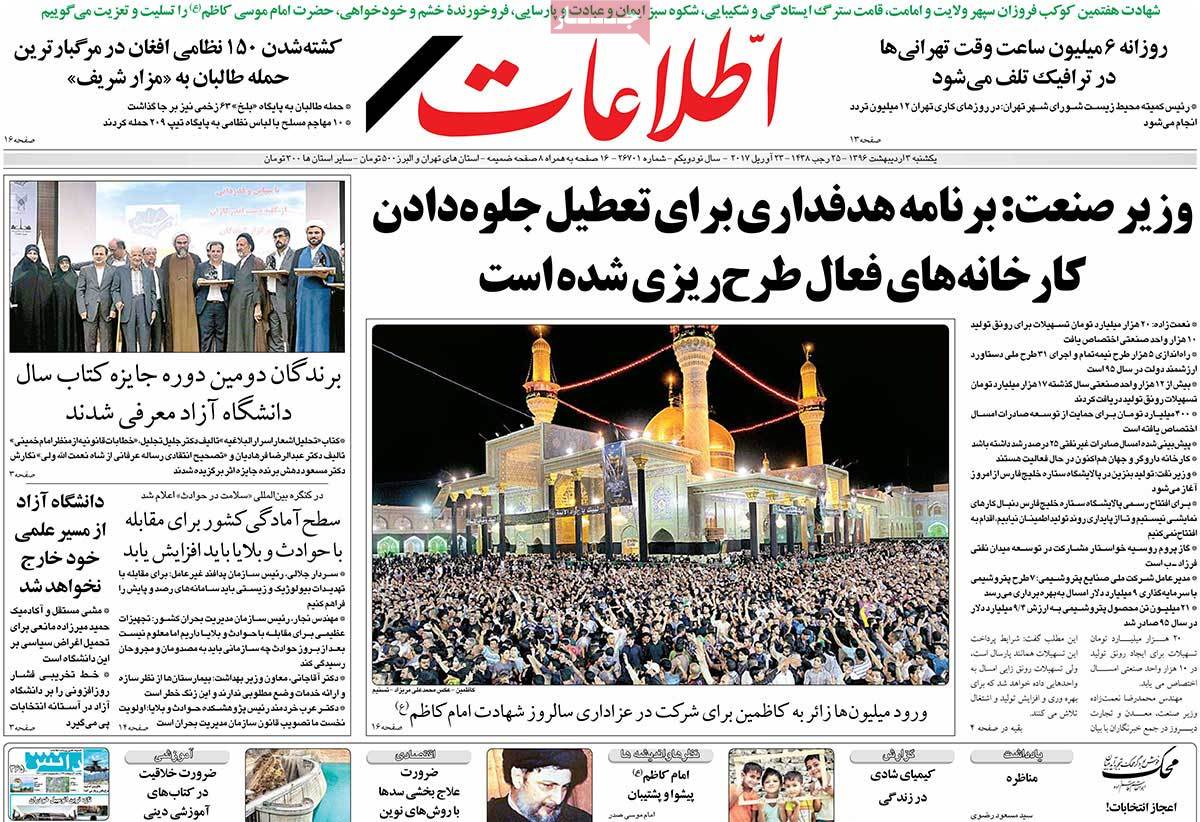 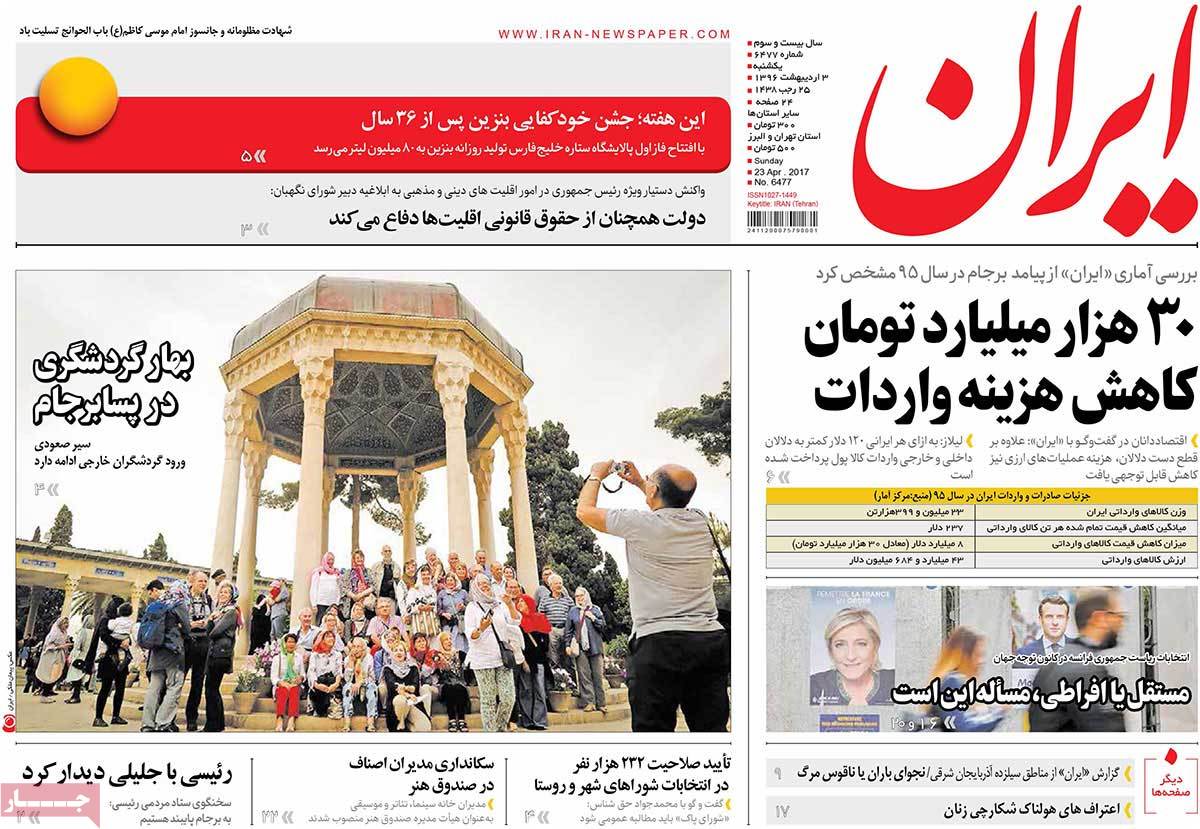 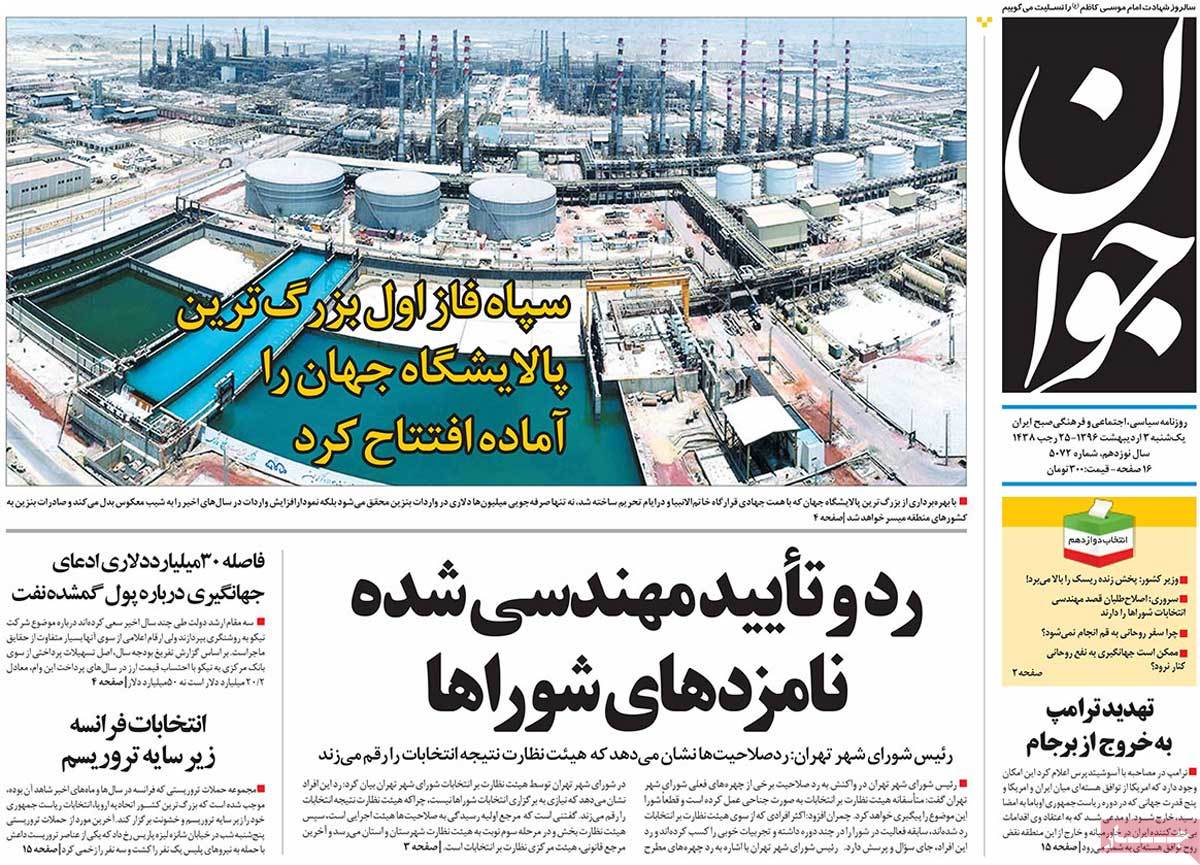 2- Oil Minister: People to Decide in Election Whether Foreign Companies Should Come to Iran 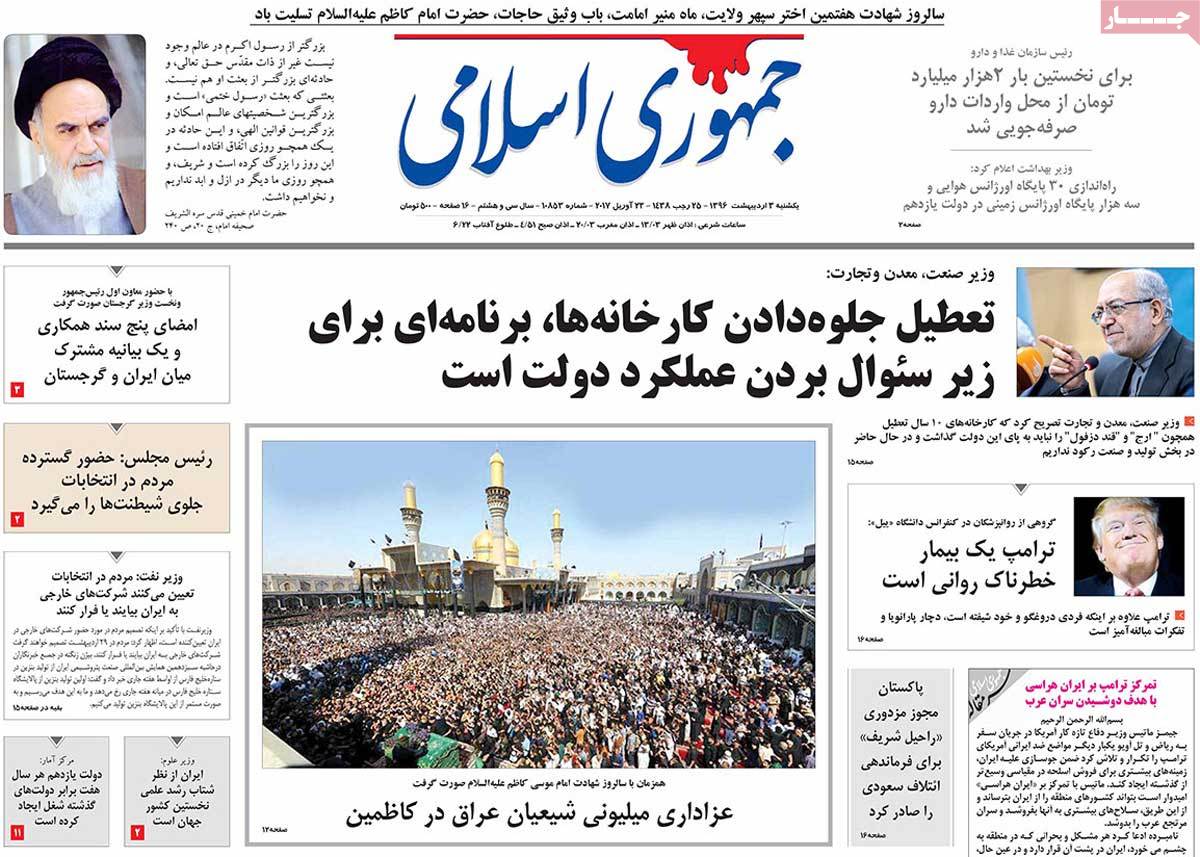 1- UN: US Attack on Syria Was Pointless as Those behind Khan Shaykhun Crime Were Not Identified 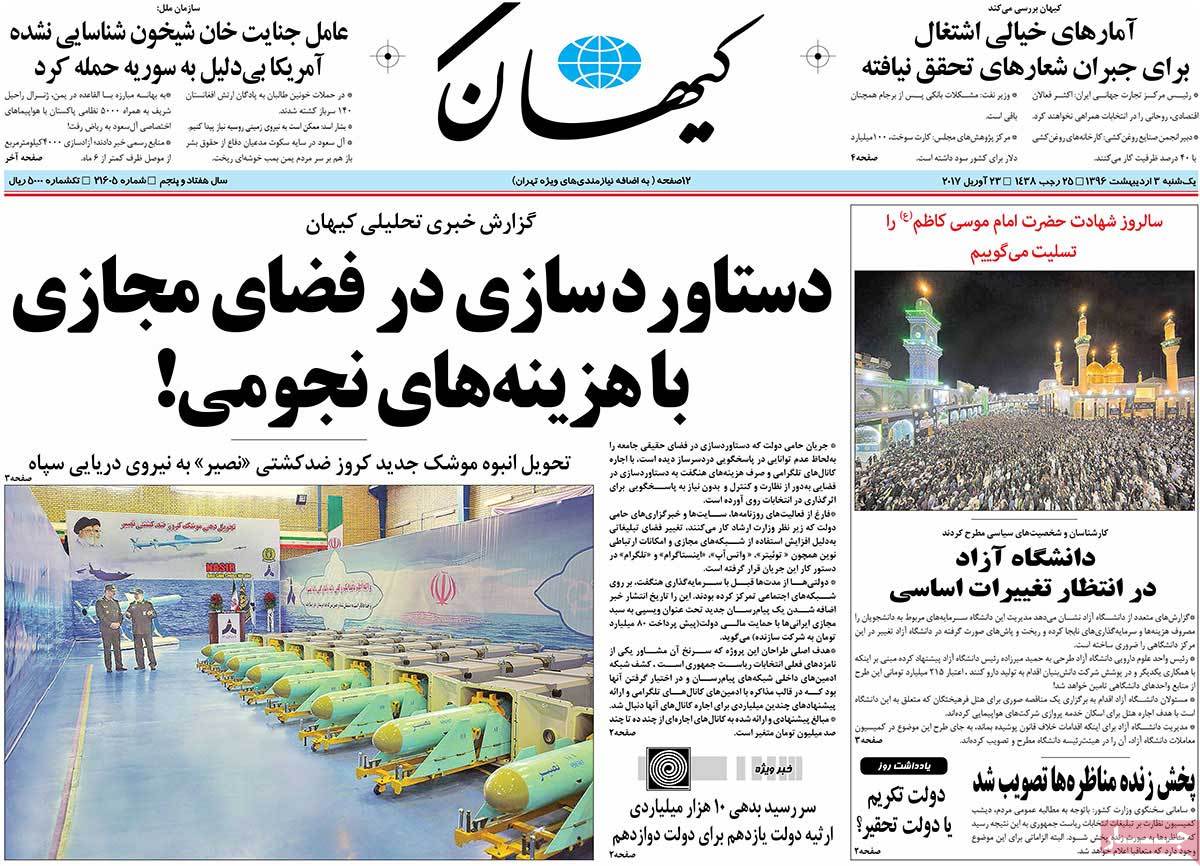 2- Larijani: Iran’s Economic Growth Had an Increasing Trend in Past Year 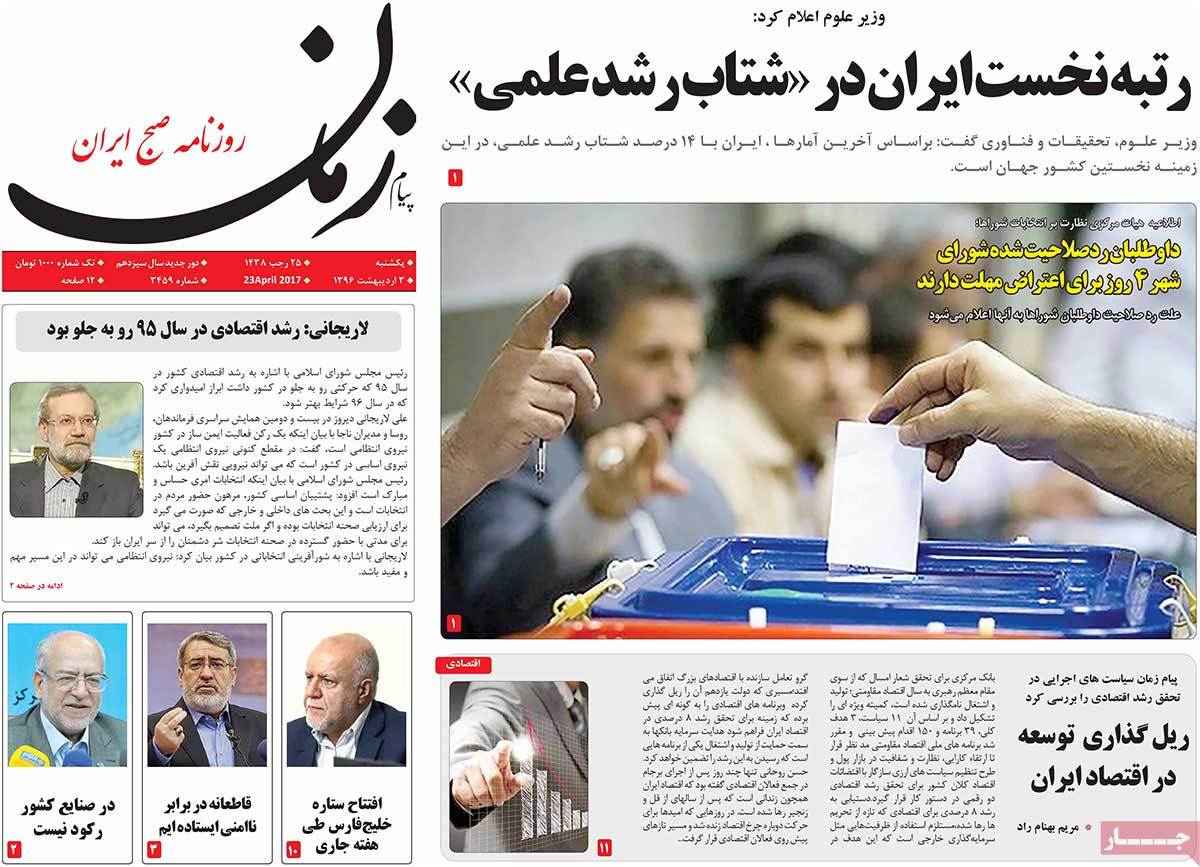 1- Ayatollah Raisi: My Gov’t Will Be Government of Economic Transparency

2- Zarif: US Has Not Been Committed to Text, Spirit of JCPOA 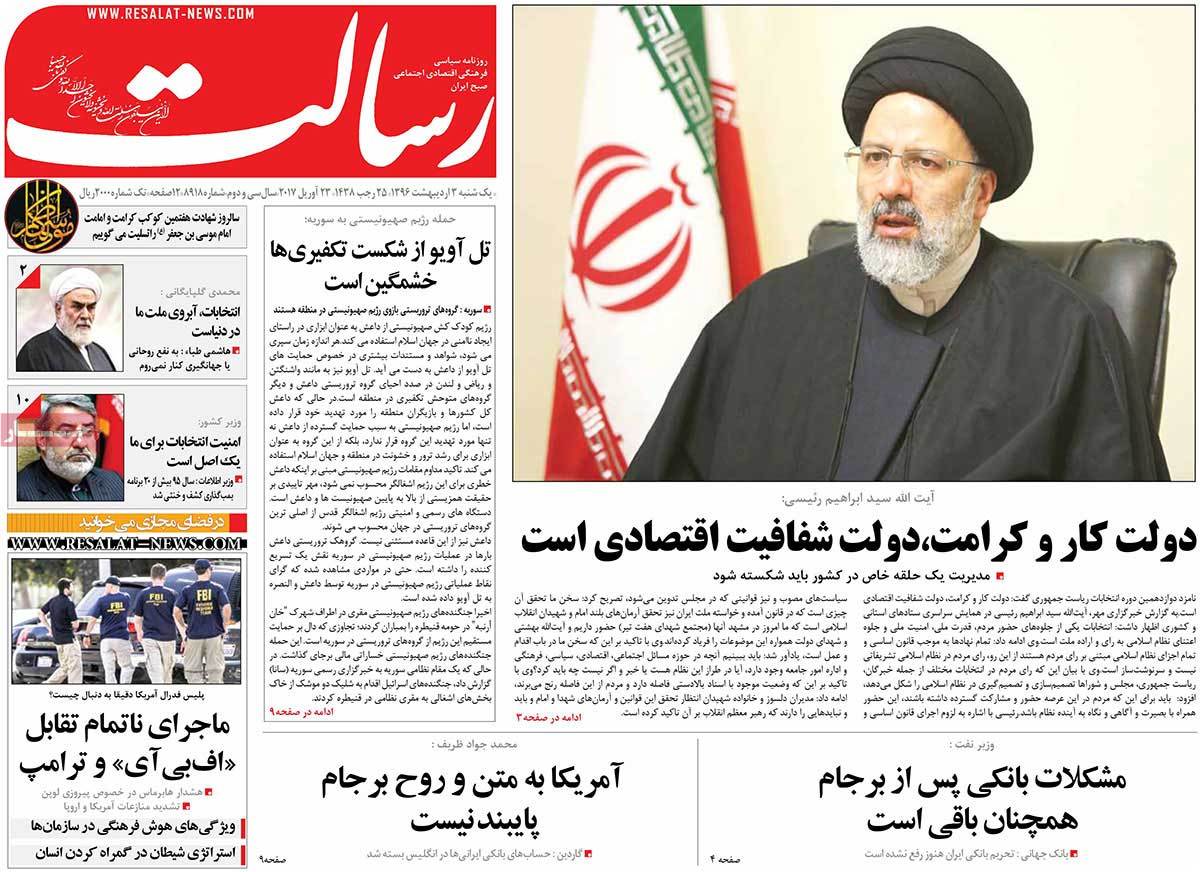 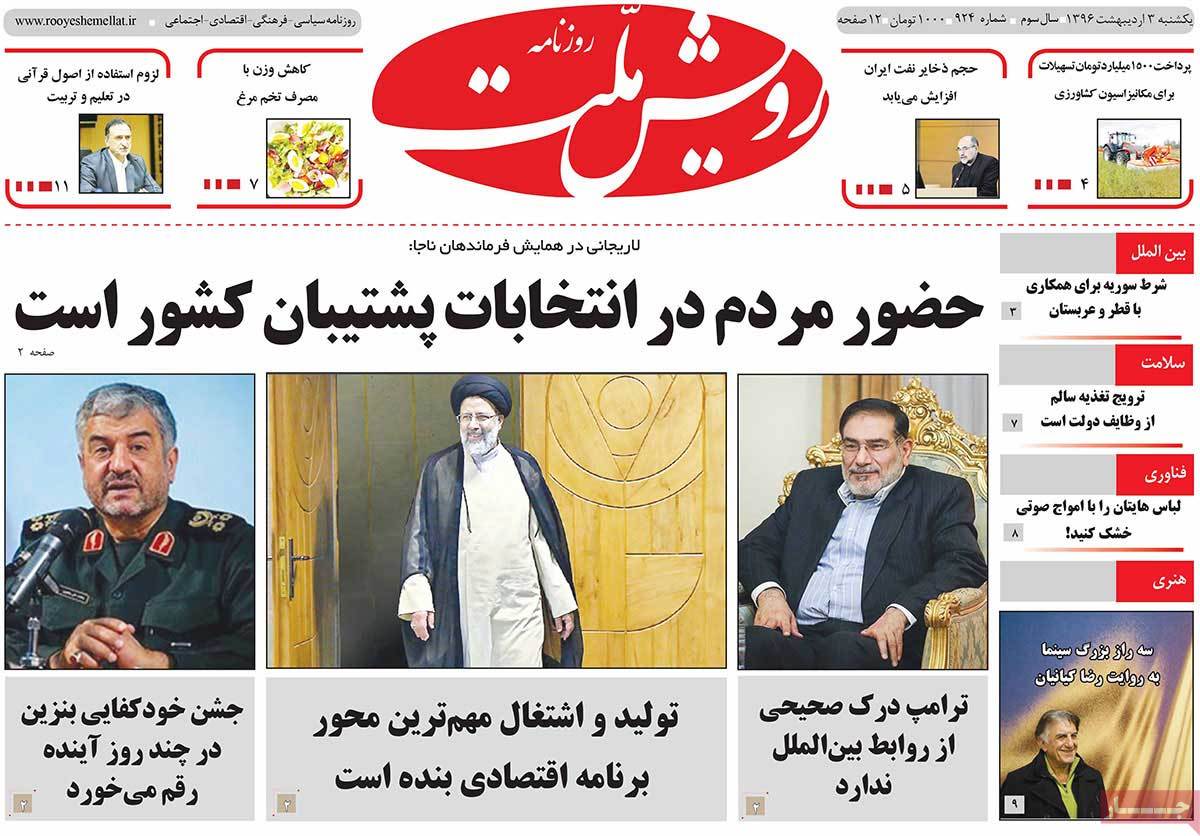