A Look at Iranian Newspaper Front Pages on April 22

Iran Front Page- IFP has taken a look at the front pages of Iranian newspapers on Saturday and picked headlines from 20 of them. IFP has simply translated the headlines and does not vouch for their accuracy.

After five days of vetting, the Guardian Council selected six presidential candidates from among over 1,600 applicants. All Iran newspapers today covered the beginning of competition between these six presidential hopefuls.

The live broadcast of presidential debates also received great coverage today. A headquarters composed of officials holding the upcoming presidential election has decided not to air the presidential debates live, but the decision has been protested by President Rouhani, Ebrahim Raisi, and a number of other candidates. 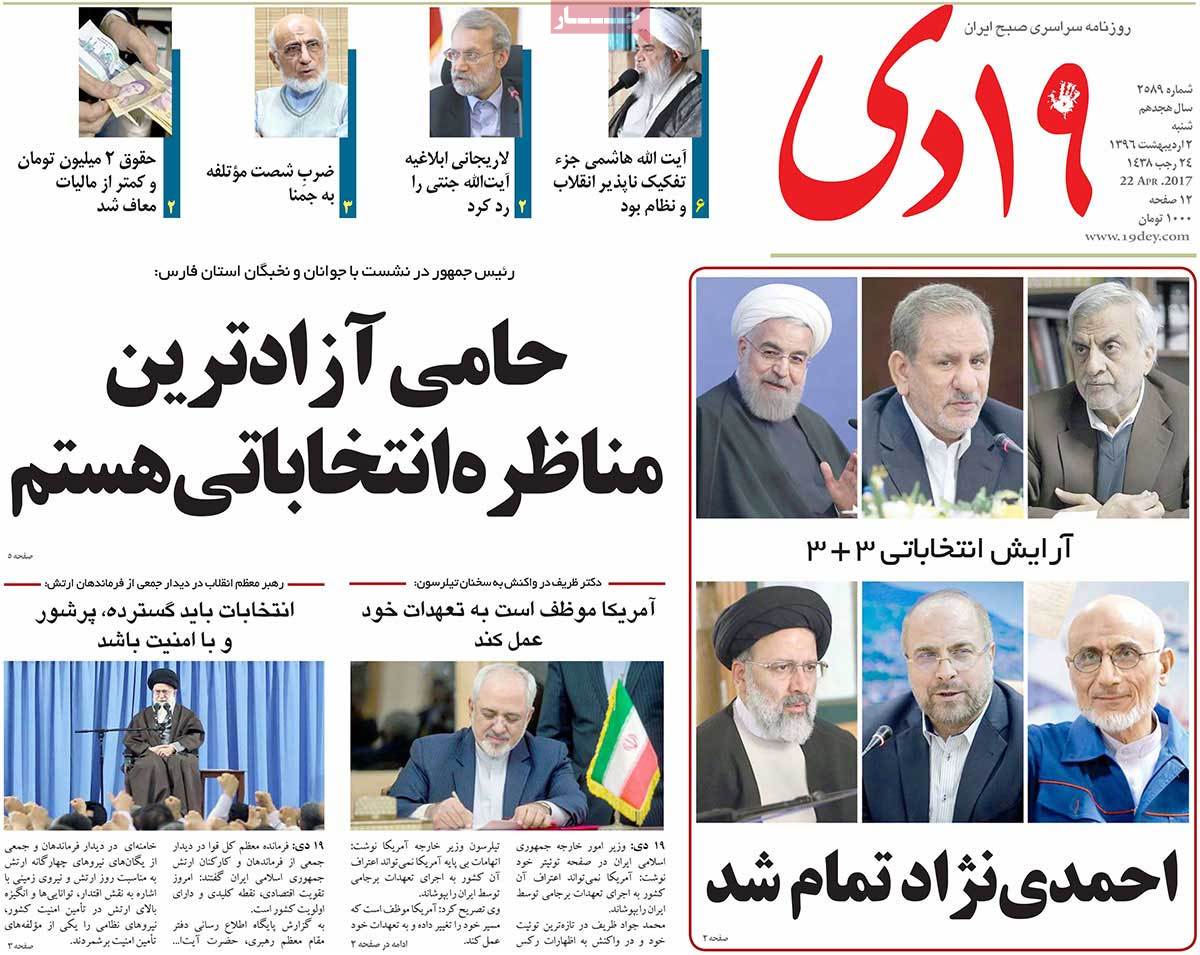 1- EP President: New UK Gov’t Can Return to Europe If It Wants

2- Trump Claims Iran is Not Committed to Spirit of JCPOA 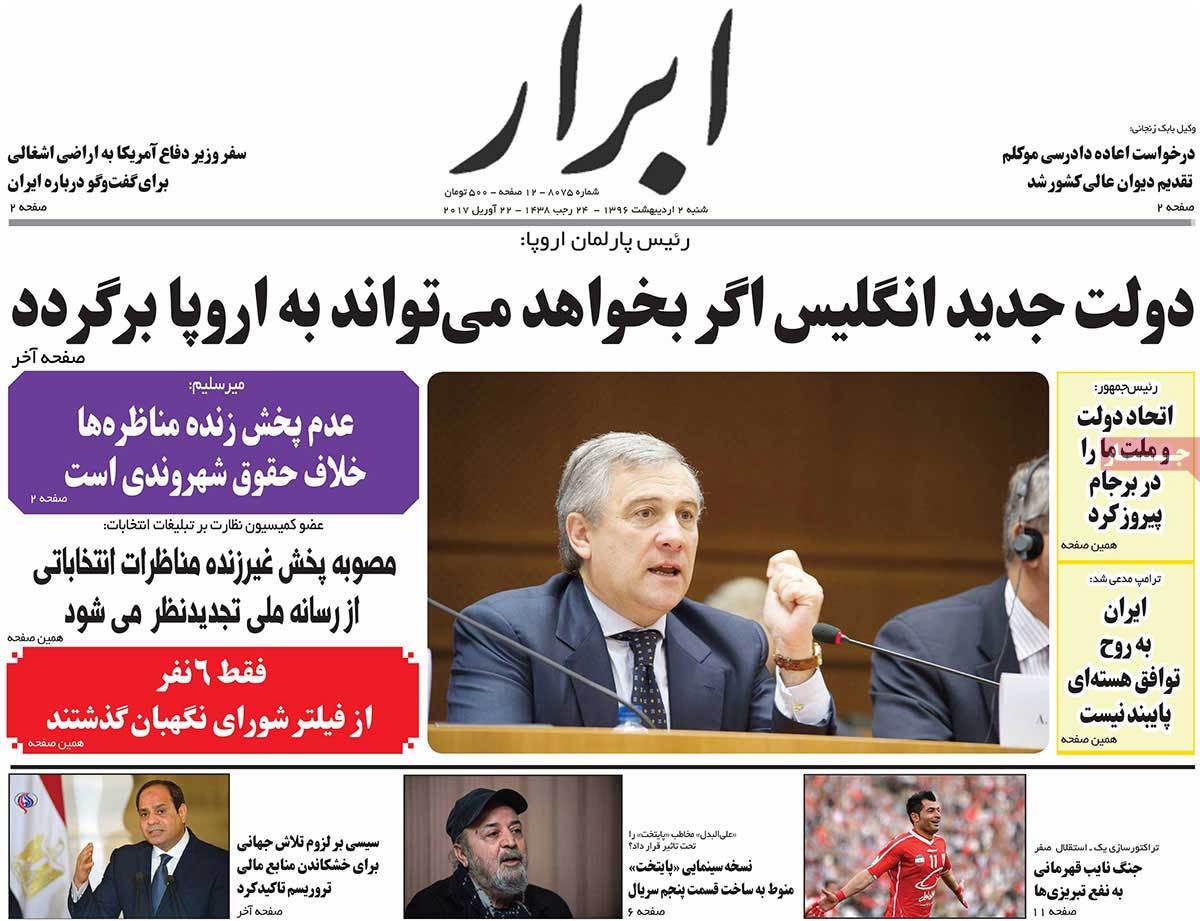 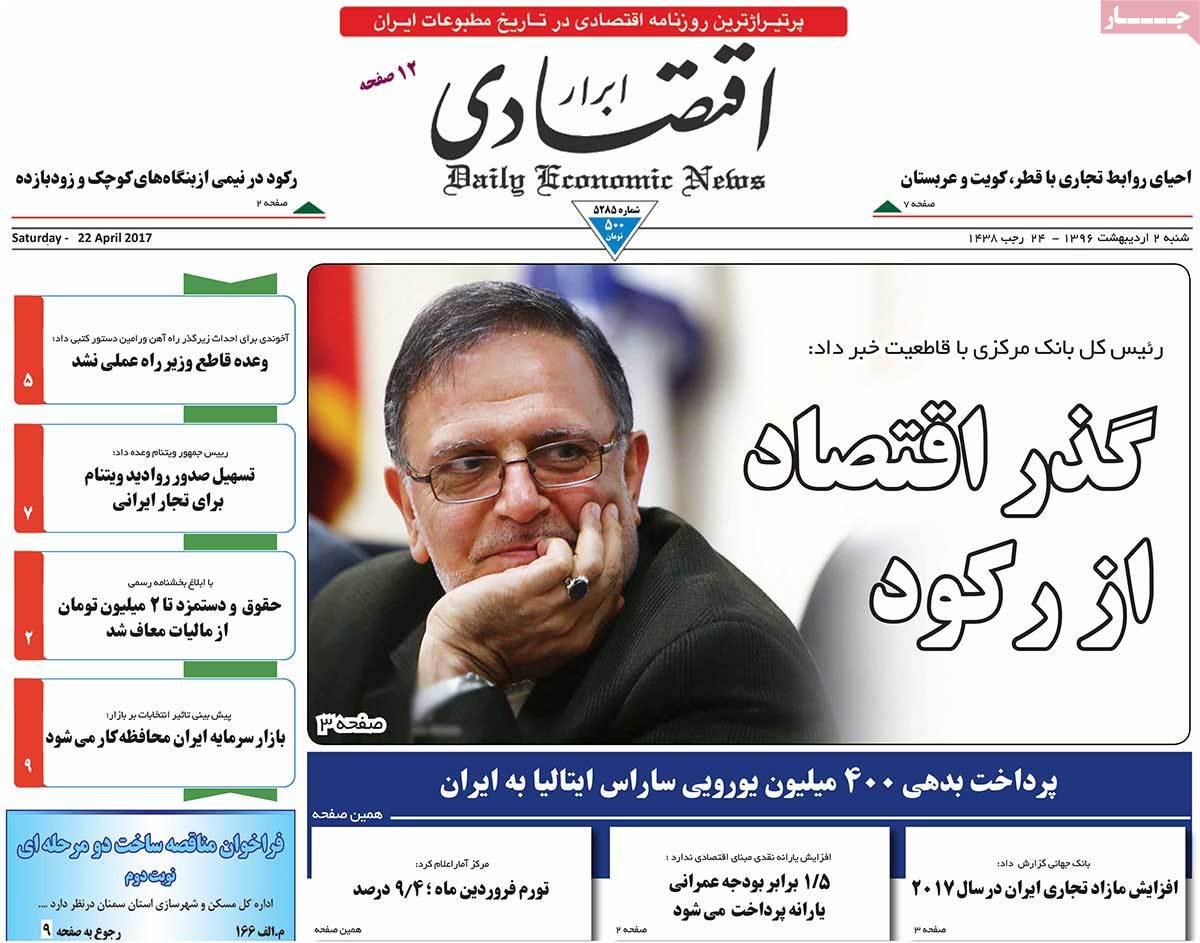 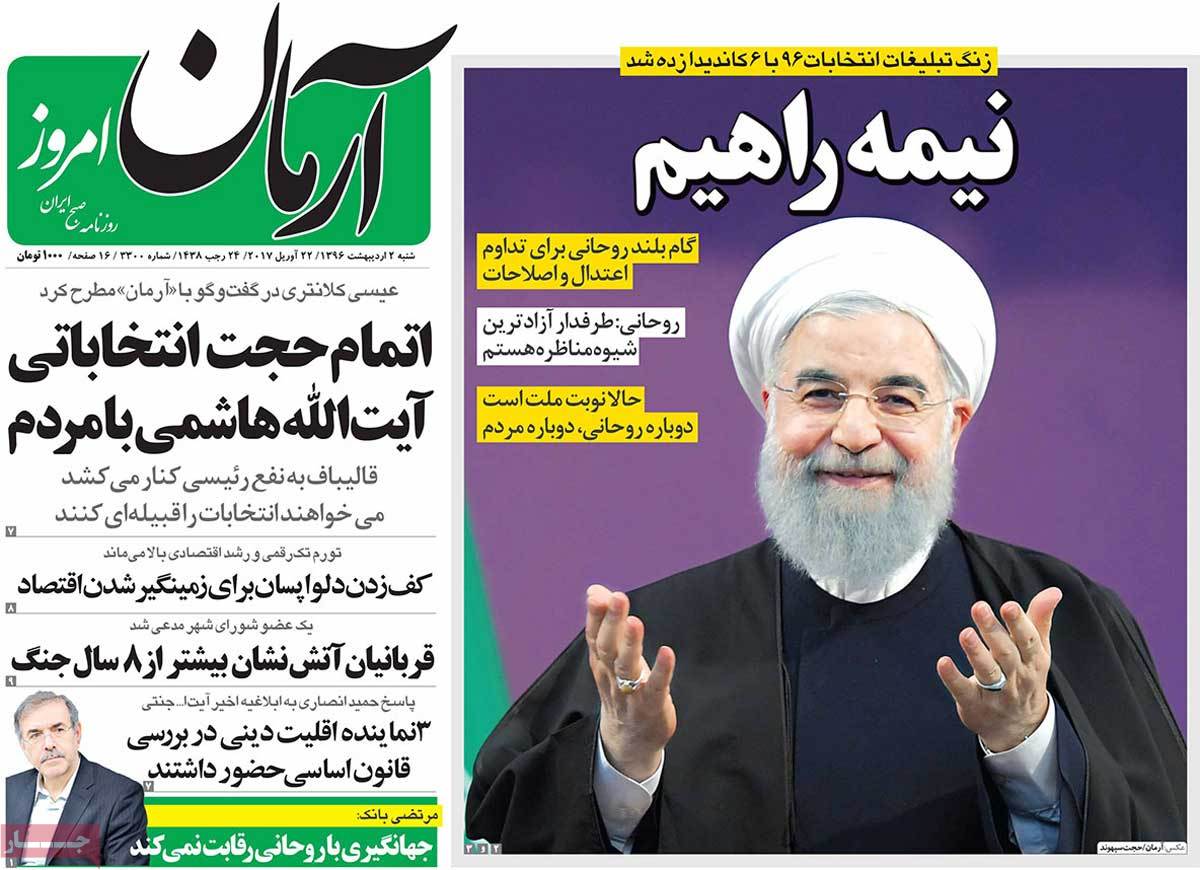 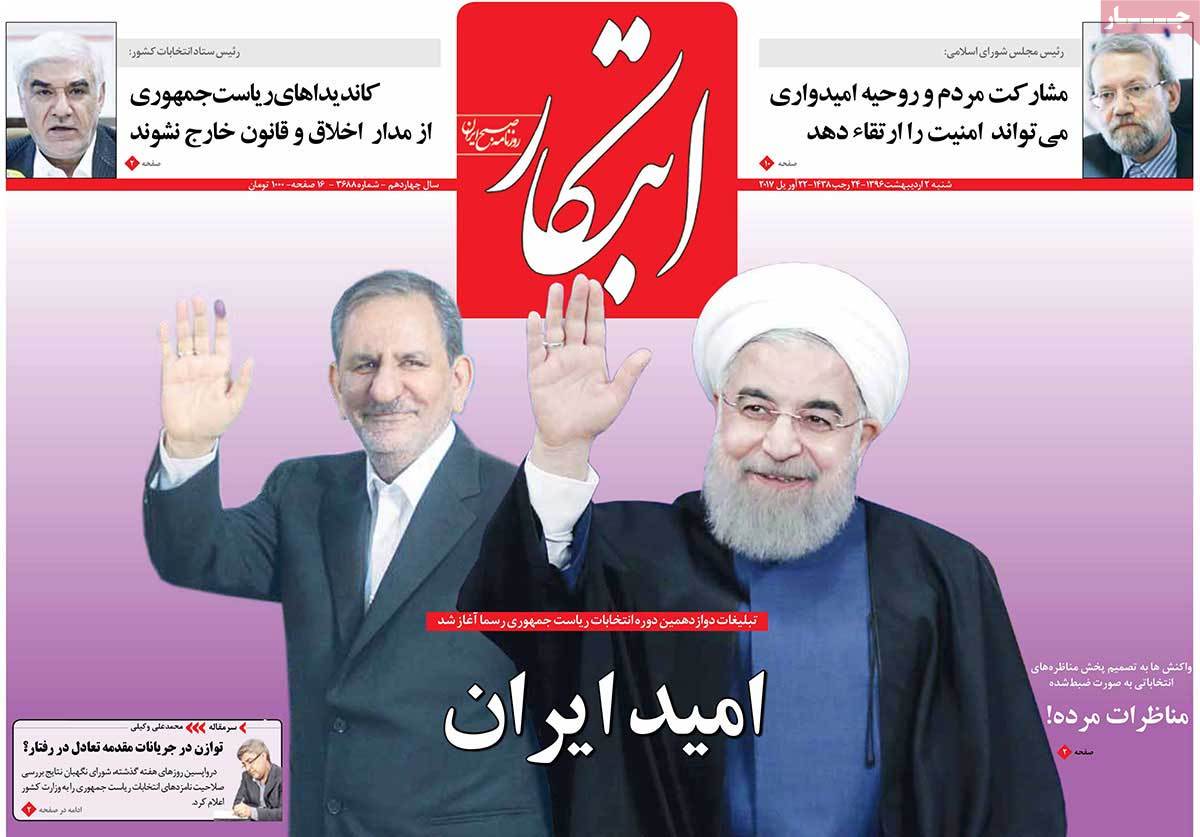 3- History Didn’t Repeat Itself for Ahmadinejad 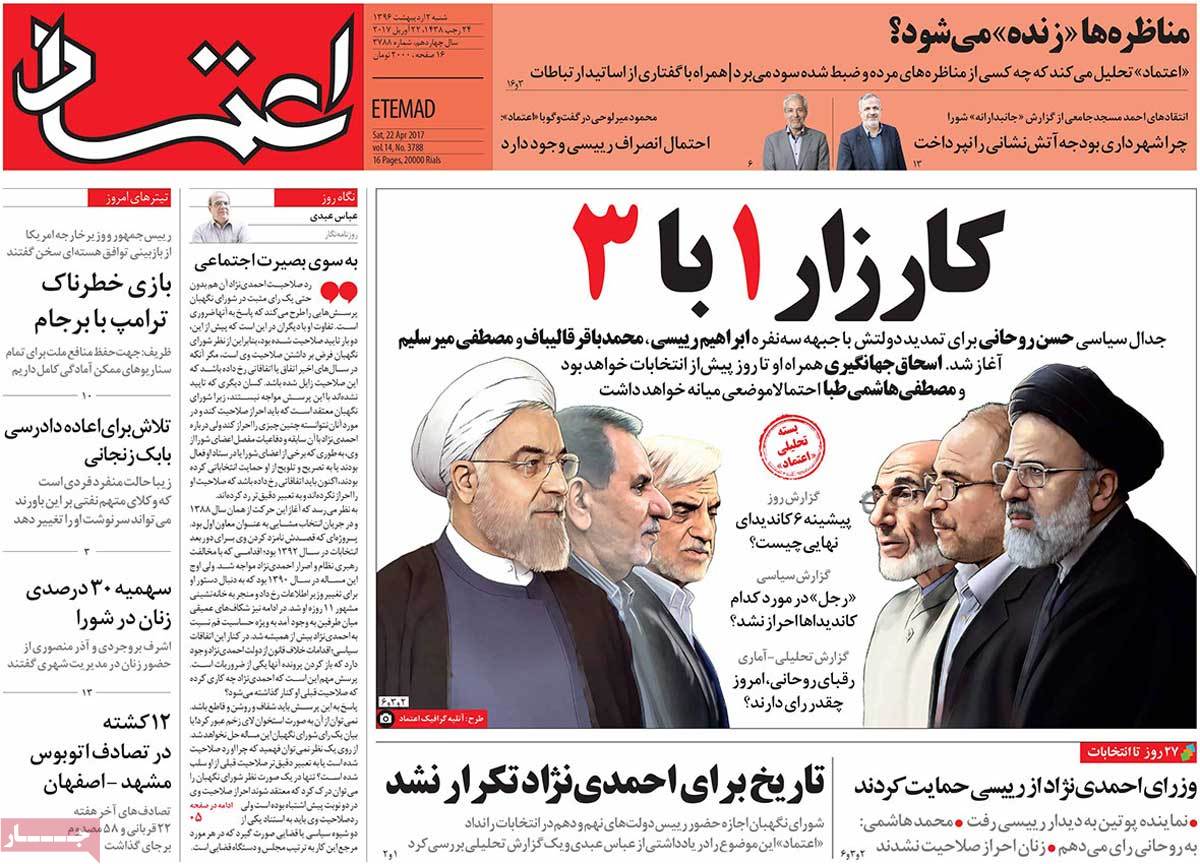 2- Zarif: US No Longer Able to Distract Int’l Community through Baseless Accusations 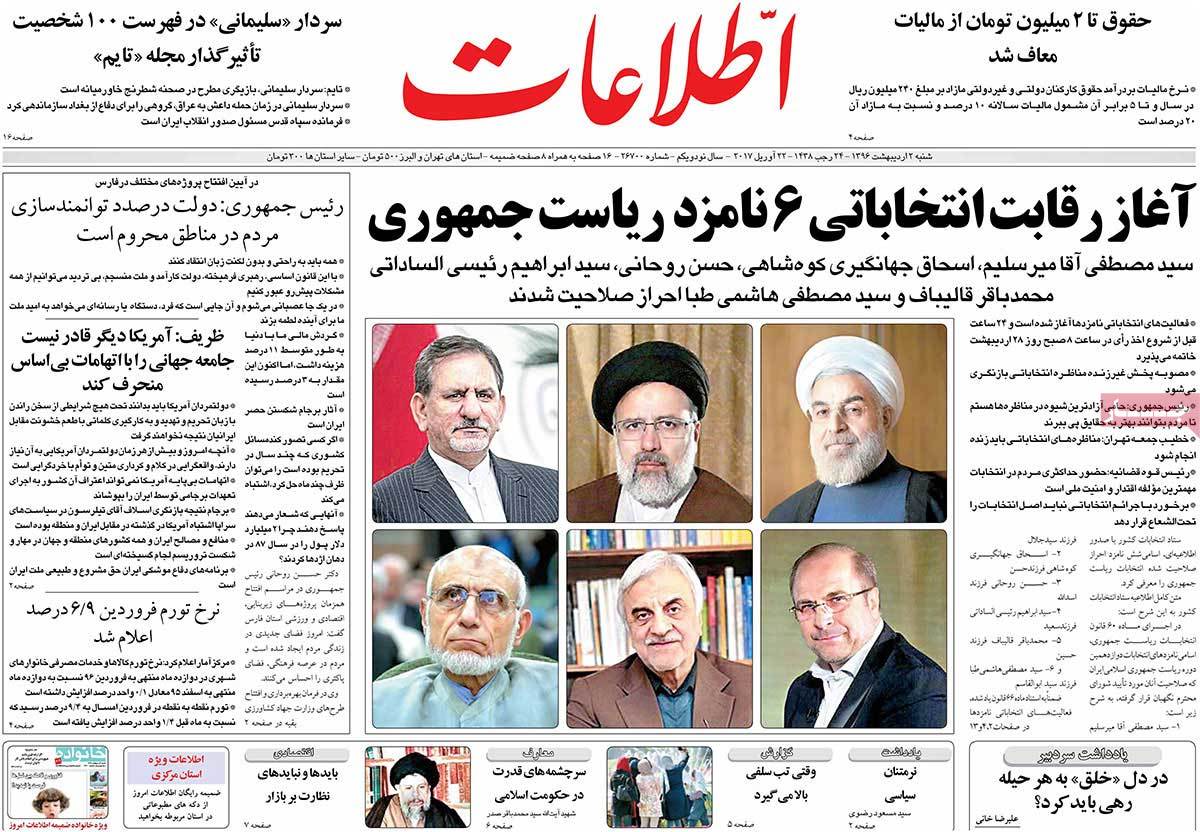 1- Protests against Decision Not to Broadcast Presidential Debates Live

2- Health Minister: Number of Hospital Beds Created in This Gov’t Equal to that of Past 20 Years 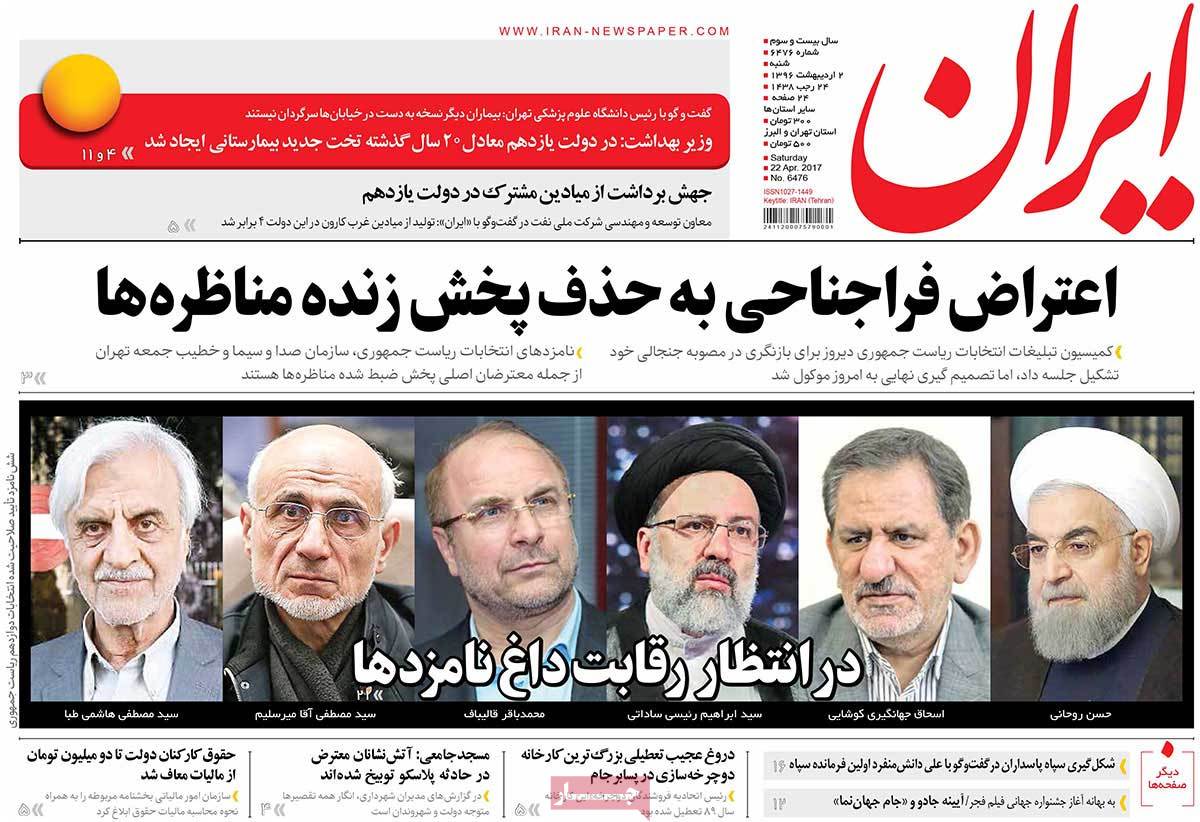 2- Zarif’s Reaction to US Officials’ Anti-Iran Rhetoric: US Defied Spirit of JCPOA 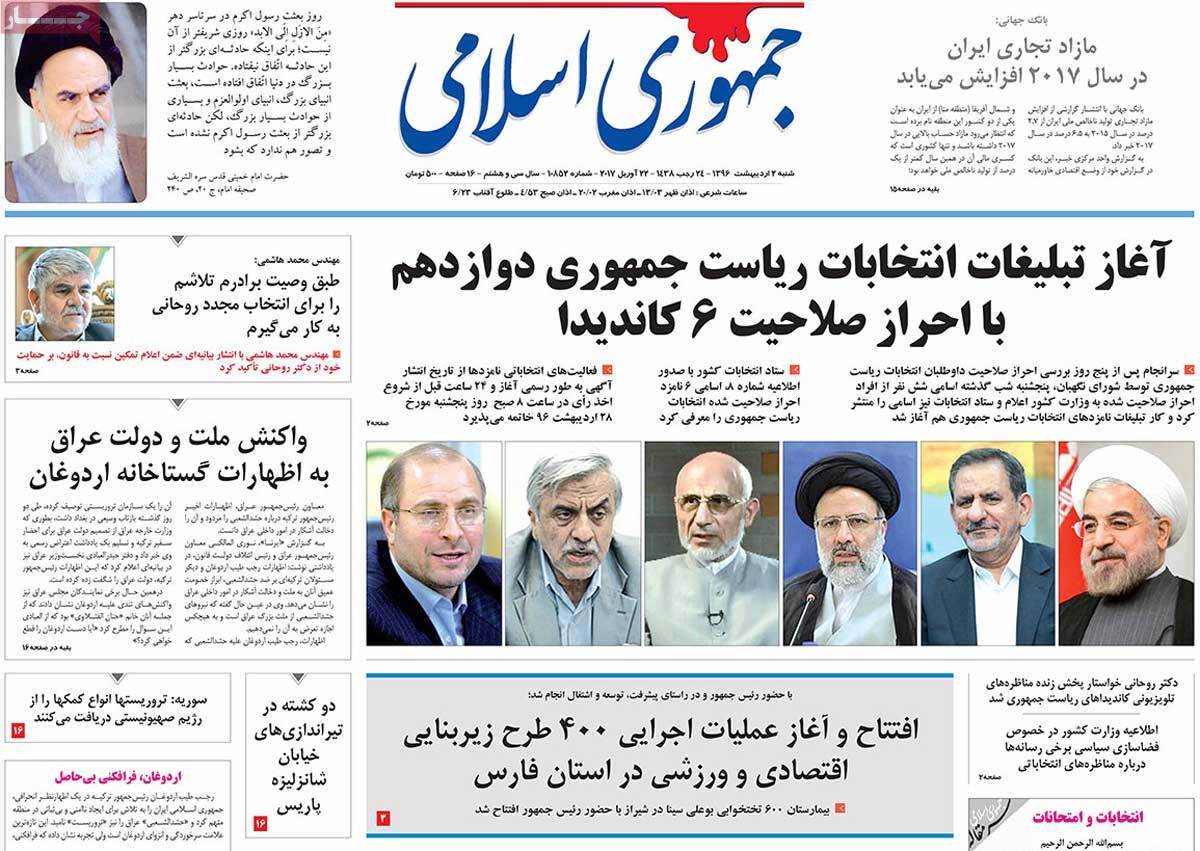 1- All 6 Presidential Candidates Want to Save Iran’s Economy 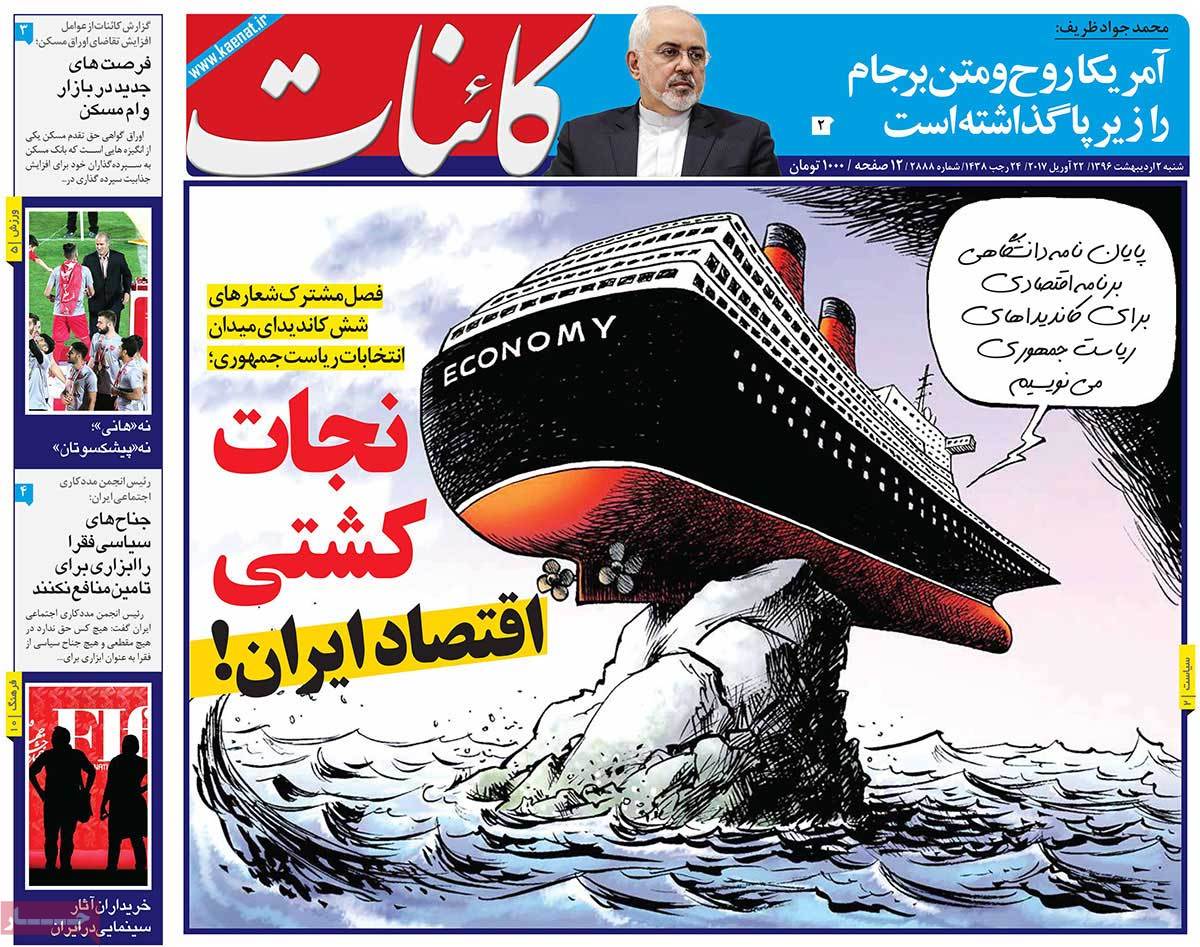 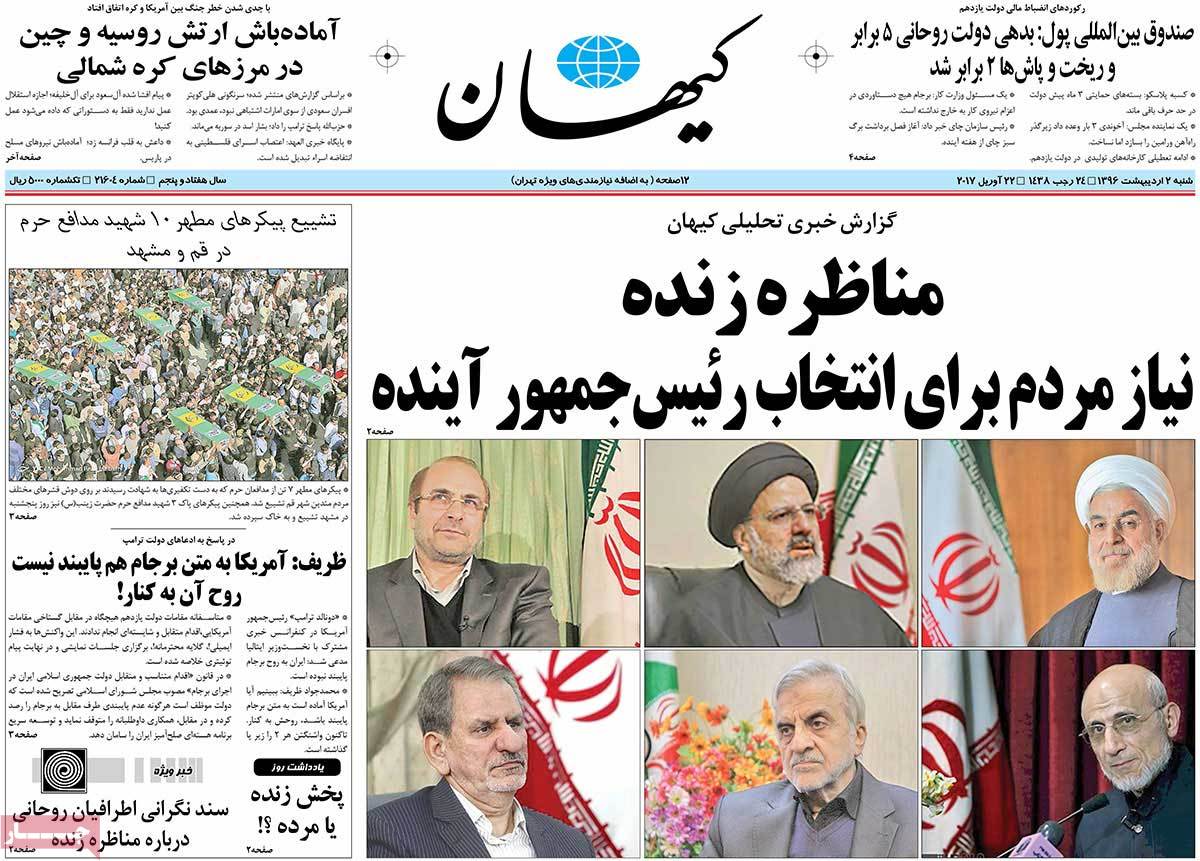 1- JCPOA Targeted by US Officials 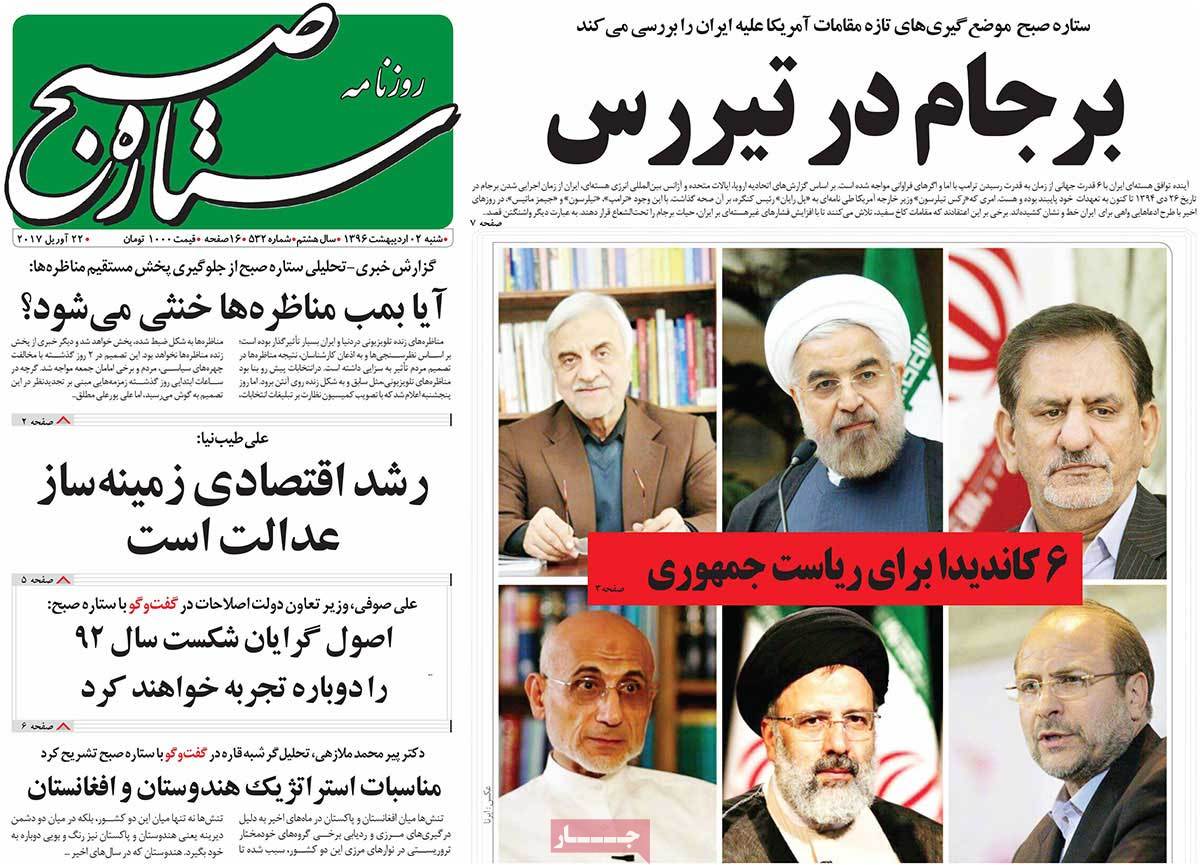 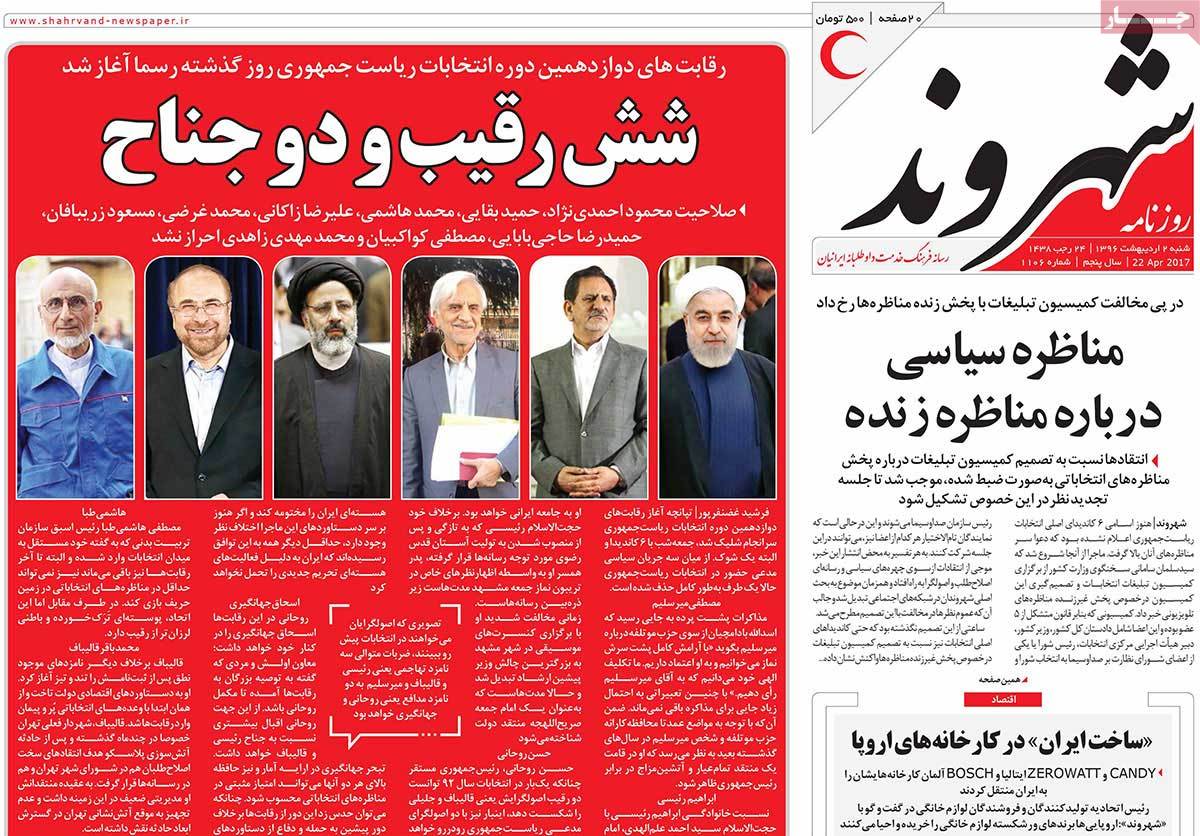 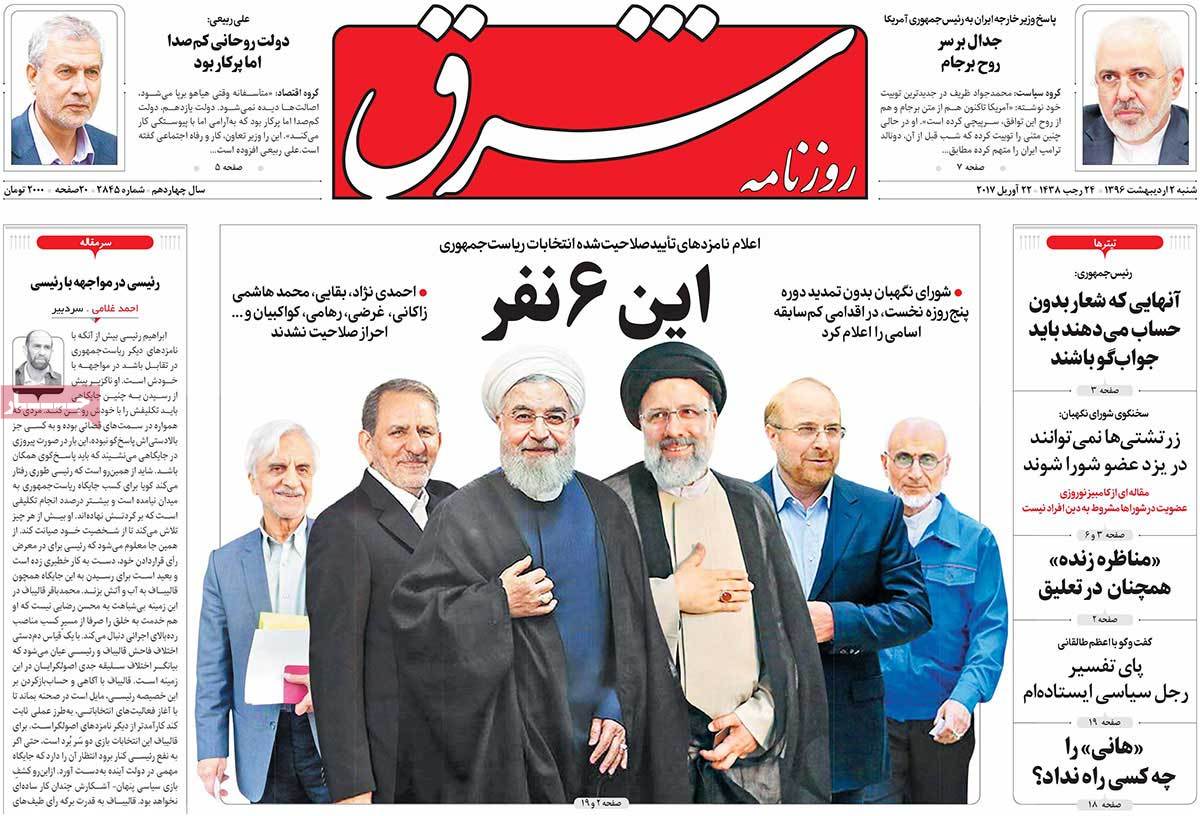 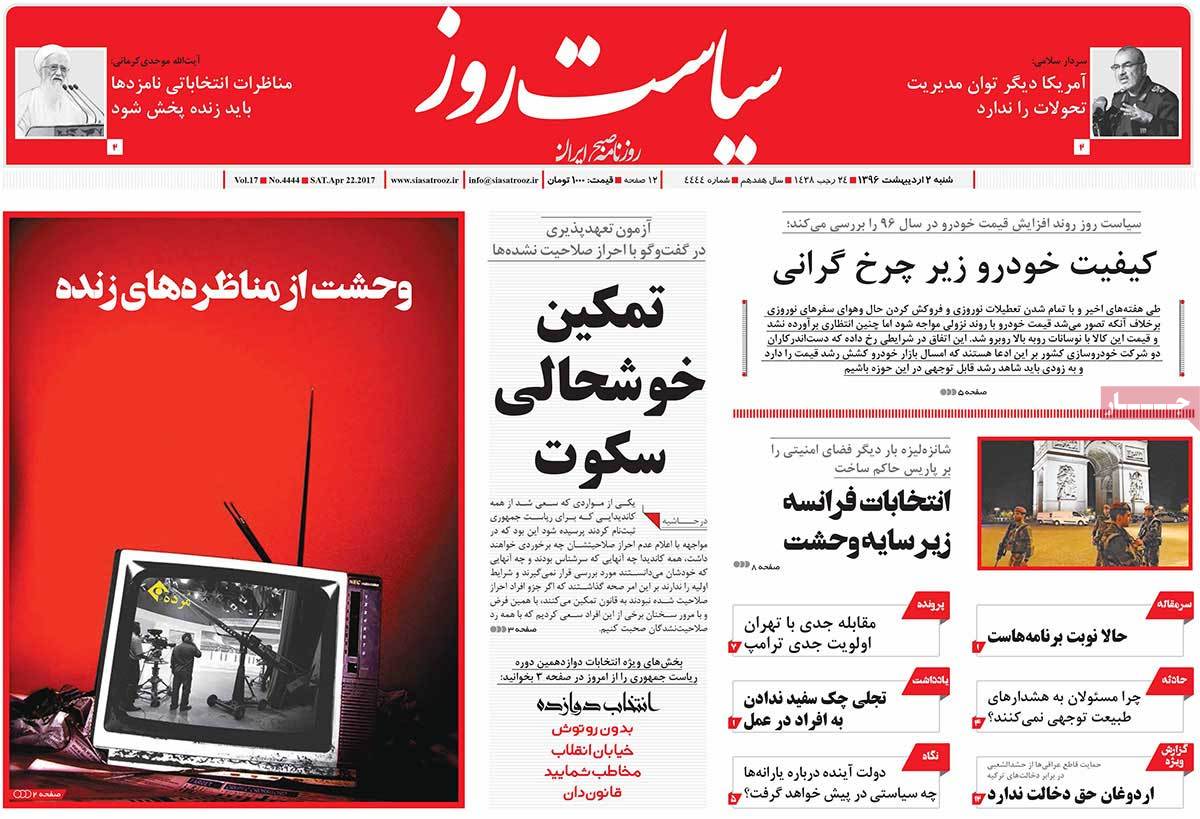 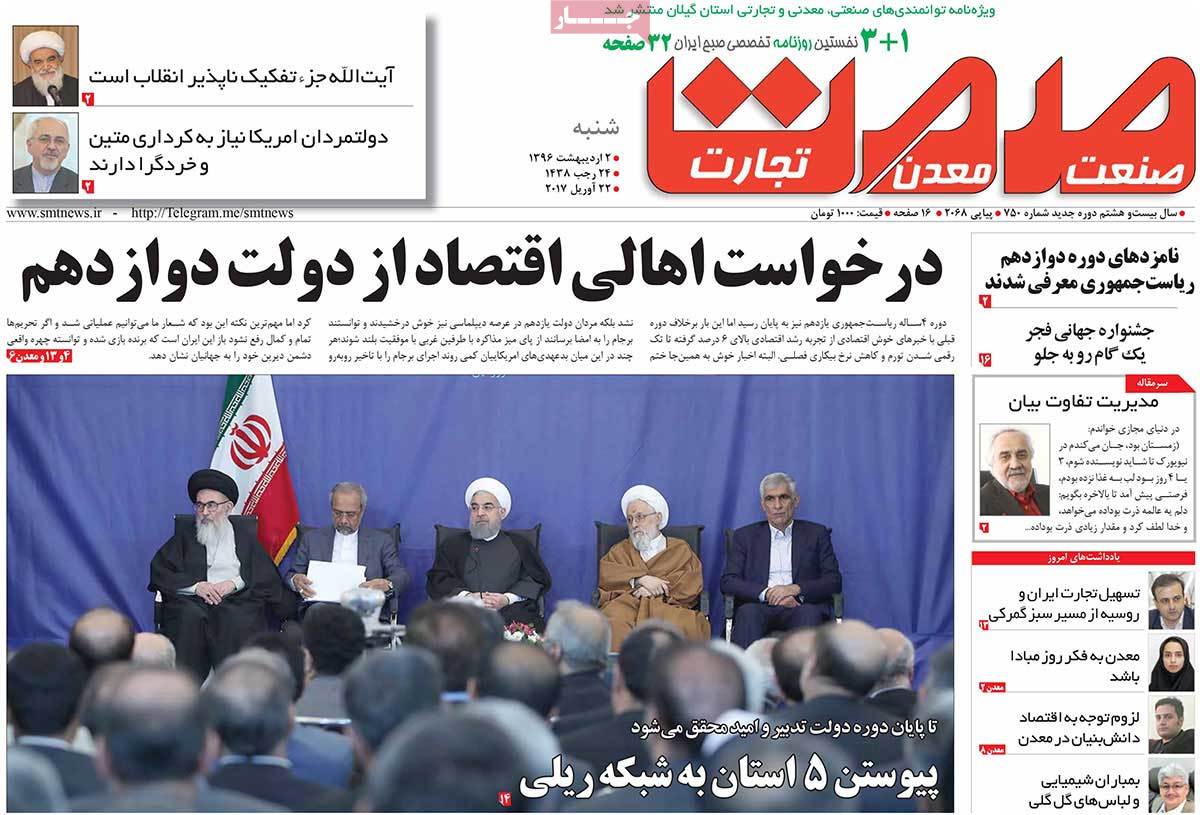 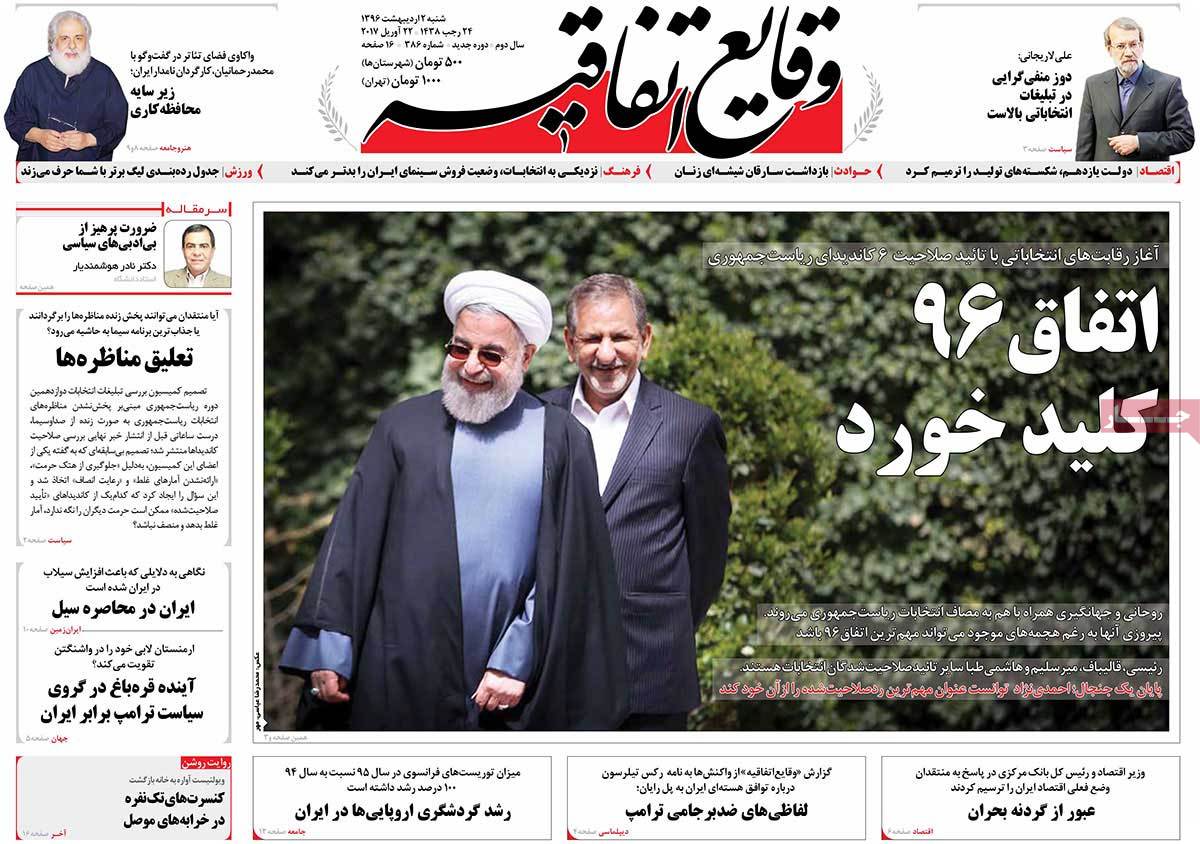 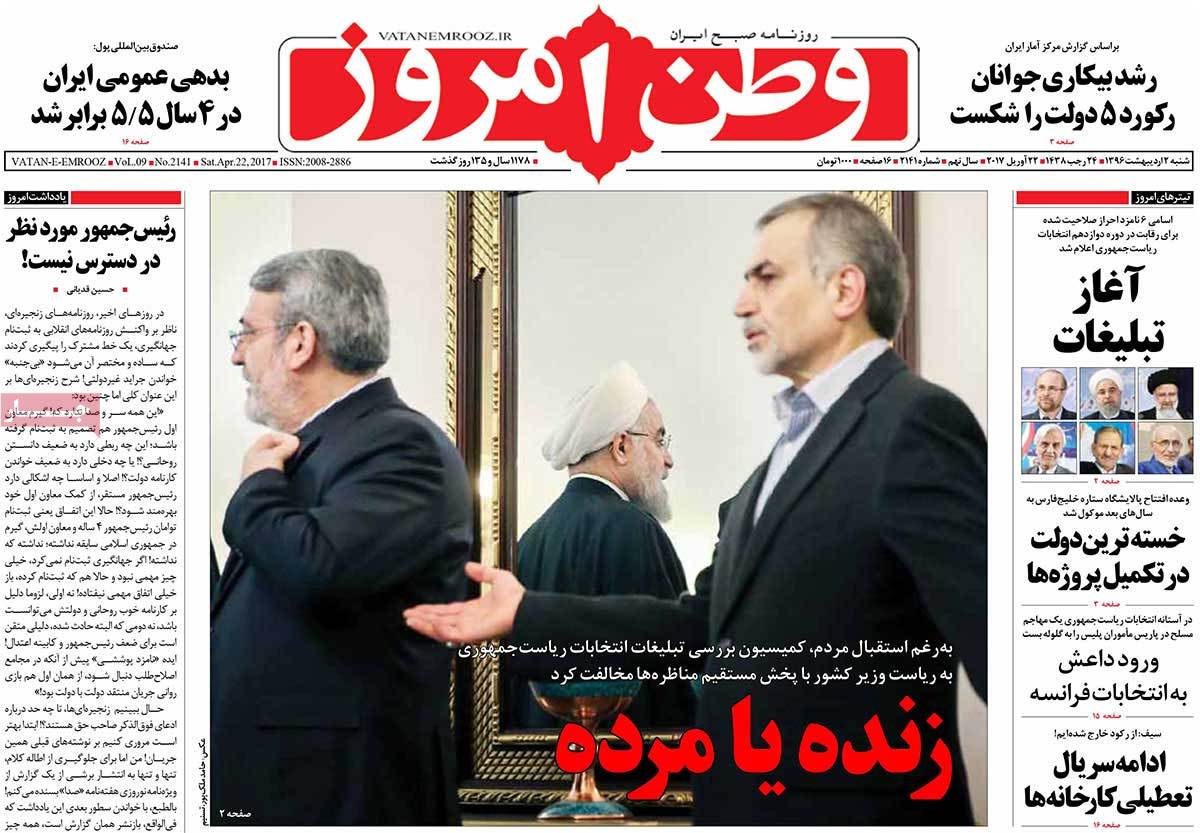