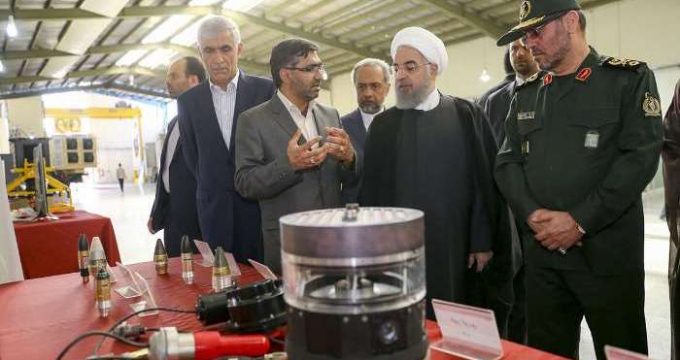 Tasnim – A series of domestically-made equipment in the field of air defense and civil aviation, including radars and navigation systems for airports, were unveiled in a ceremony on Thursday during a visit to the southern city of Shiraz by Iranian President Hassan Rouhani.

The equipment included radar systems for detection of targets at various altitudes, navigation systems used in both military and civil airports, maritime navigation equipment, and technologies for making smart weapons.

Iran has in recent years made great headways in manufacturing a broad range of military equipment, including air defense systems.

Tehran has repeatedly stated that its military power is defensive in nature and poses no threat to other countries.