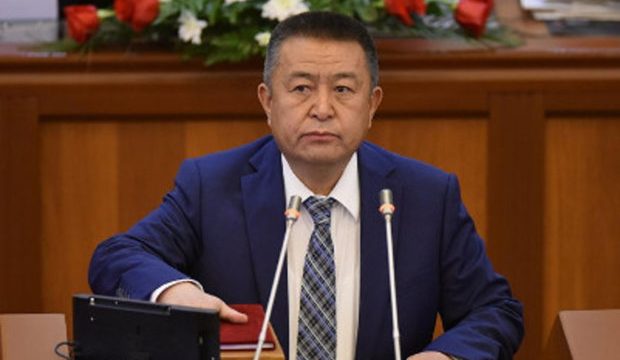 Speaker of Kyrgyz parliament due in Tehran

MNA – Speaker of Kyrgyzstan’s parliament Chynybai Tursunbekov heading a delegation will visit Tehran on Sunday at the invitation of his Iranian counterpart Ali Larijani.

The invitation was extended to Mr. Tursunbekov during the visit of Foreign Minister Mohammad Javad Zarif to Kyrgyzstan on Wednesday as the last leg of his 3-nation regional trip including Turkmenistan and Georgia.

According to the agenda, the Kyrgyz parliament speaker will hold separate meetings with Ali Larijani, President Hassan Rouhani and Foreign Minister Zarif on April 23.

The last high-ranking delegation from Kyrgyzstan to visit Iran was headed by Minister for Agriculture, Food Security and Land Reclamation of the Kyrgyz Republic Murashev in February 2017. During the four-day visit, the two sides discussed areas for cooperation on extra-territorial cultivation, joint ventures for production of chemical fertilizers, construction of greenhouses and creation of drip irrigation systems.

Meanwhile, Prime Minister of Georgia Giorgi Kvirikashvili was also announced to be preparing for an official visit to Tehran in the near future during a joint press conference between Zarif and his Georgian counterpart on Tuesday.