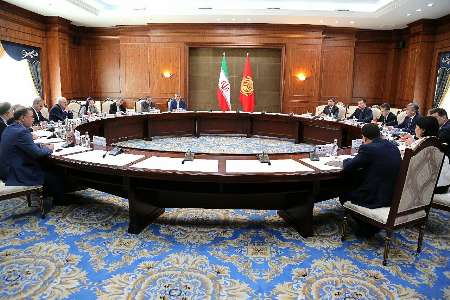 “Iran is ready to construct small and big hydropower plants in Bishkek,” Zarif said at a joint press conference with his Kyrgyz counterpart Erlan Abdyldaev on Wednesday.

“The Islamic Republic of Iran has a great deal of experience in the construction of dams and plants, and can provide valuable assistance to the Bishkek government in this regard,” he added.

The top Iranian diplomat expressed Tehran’s readiness to boost relations with Bishkek in all sectors and said Iran saw no limit to the expansion of ties with Kyrgyzstan.

He also said Iran could cooperate with Kyrgyzstan in the pharmaceutical sector and expressed Tehran’s willingness to transfer technology to Kyrgyz manufactures.

According to Zarif, the volume of trade between Iran and Kyrgyzstan stood at $14 billion last year, which saw an increase compared with 2015.

He said that during their talks in Bishkek, the Iranian and Kyrgyz sides agreed to hold constant consultations on regional problems, including terrorism, extremism and drug smuggling, and to boost economic ties in all sectors.

Tehran-Bishkek relations will serve the interests of the two countries as well as peace and stability in the region and the world, Zarif stated.

For his part, the Kyrgyz foreign minister said that his country was keen to expand ties with Iran in the banking, mining, light industry and power plant construction sectors.

Heading a politico-economic delegation, the Iranian foreign minister on Monday started a tour of three Central Asian countries to expand the Islamic Republic’s ties with Turkmenistan, Georgia and Kyrgyzstan in different fields, especially the economic sector.