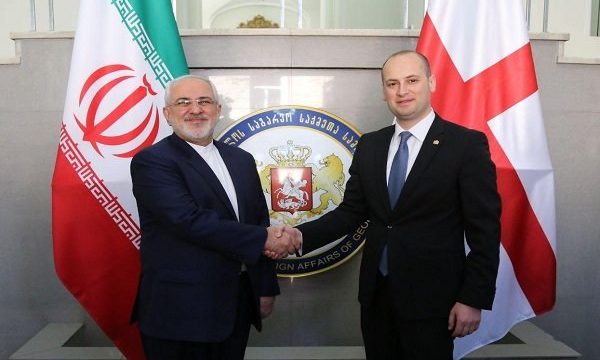 Iran has the intention to establish the transit route between the Persian Gulf and the Black Sea, which “will contribute to the rapprochement of the people,” Zarif said during a joint press conference after the meeting with his Georgian counterpart Mikheil Janelidze.

Janelidze specified that the sides discussed the issues related to bilateral cooperation in energy, economy and agricultural sphere and labeled 2017 as a special year due to the 25th anniversary of diplomatic relations between Georgia and Iran. Janelidze also expressed gratitude to Zarif for his support of Georgia’s territorial integrity.

Janelidze also noted that Georgian Prime Minister Giorgi Kvirikashvili would arrive on a visit to Iran later in the week.

Zarif is also expected to participate in the Georgian-Iranian business forum, which is set to be held as part of his two-day visit to Tbilisi, which began Monday.