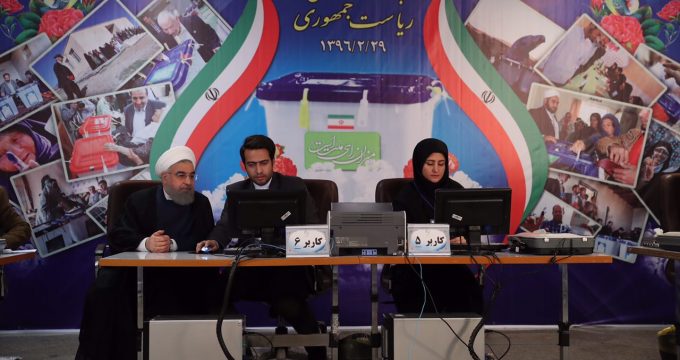 The Guardian- Hassan Rouhani, Iran’s moderate president who is seeking re-election, faces a boisterous race after heavyweight conservative figures critical of his landmark nuclear agreement with the west put themselves up to challenge him.

Registration for candidates in Iran’s presidential elections next month ended on Saturday, with a record number of 1,636 people putting their names on the list, including 137 women. On Friday, Rouhani took his ID card, a few passport-sized photos and other paperwork to the interior ministry in Tehran’s Fatemi Street to register to run for a second term. His four predecessors have all served two conservative terms.

Ebrahim Raisi, a close ally of the country’s supreme leader, Ayatollah Ali Khamenei, whose bid for presidency has upended the race, also registered on Friday. The former hardline president Mahmoud Ahmadinejad and Tehran’s mayor, Mohammad-Bagher Ghalibaf, are among a handful of other serious candidates running.