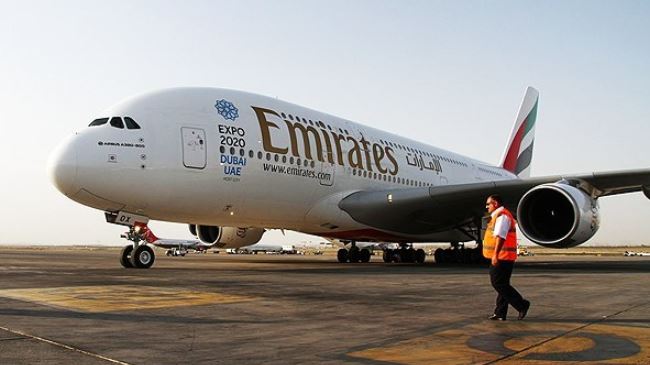 Reuters– The number of travellers heading from the United States to Iran and the Indian Subcontinent has dipped since January after Washington imposed restrictions affecting some passengers on U.S.-bound flights, an Emirates executive said on Tuesday.

Emirates Chief Commercial Officer Thierry Antinori did not give figures but said some passengers flying from some U.S. cities were taking longer to decide on travel plans. “We see people waiting, especially (to) Iran,” he said in Dubai.

From March 25, the United States banned electronic gadgets larger than a mobile phone inside cabins on direct flights to the United States from 10 airports in the Middle East, North Africa and Turkey. Dubai, the Emirates hub, was included.

U.S. President Donald Trump’s executive orders, signed in January and March, to bar refugees and nationals of several Muslim-majority country in the Middle East and North Africa from travelling to the United States also disrupted travel plans of some passengers.

Iran along with Iraq, Libya, Syria, Somalia, Sudan and Yemen were banned under the January order. Iraq was dropped from the March order. Both bans were blocked by U.S. judges.

In his comments to reporters, Antinori declined to say whether the U.S. restrictions would affect the airline’s expansion plans but said Emirates could “adapt to the future.”

However, Dubai Corporation for Tourism and Commerce Marketing Chief Executive Issam Abdul Rahim Kazim said visits by U.S. citizens to Dubai had increased so far this year. He did not give details.

He also said Dubai was also receiving more Chinese visitors since November, when Chinese passports holders were allowed to obtain a United Arab Emirates on arrival. He did not give numbers.