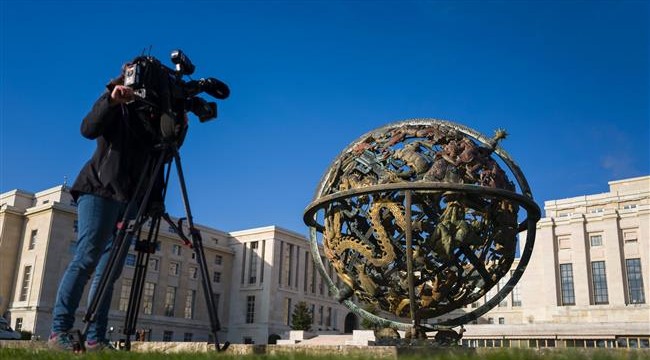 Russia, UN, US to discuss Syria in Geneva April 24

Sputnik News– The representatives of Russia, the Unites States and the United Nations will meet in Geneva on April 24 for trilateral talks on Syria, a diplomatic source told Sputnik on Monday.

Earlier in the day, Russian Deputy Foreign Minister Mikhail Bogdanov said that the trilateral meeting could take place in Geneva.

“The meeting is scheduled for April 24,”the source said.

The civil war in Syria has been lasting for around six years with government troops fighting against numerous opposition factions and terror organizations such as al-Nusra Front and Daesh, outlawed in Russia.

The nationwide Syrian ceasefire regime was introduced on December 30, 2016. Terrorist organizations are not part of the ceasefire.