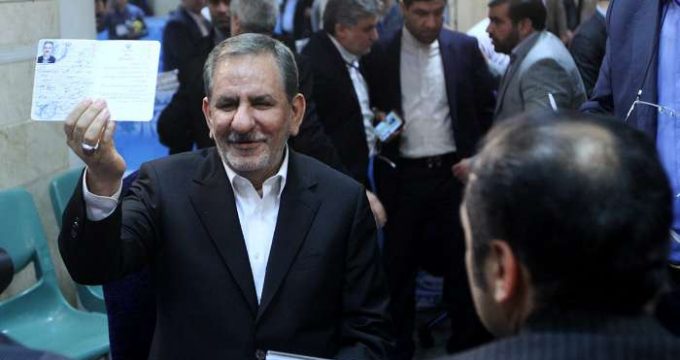 Jahangiri files for May 19 presidential elections

Jahangiri was one of the last who came to Iran’s Elections Headquarters located at the Interior Ministry to register for the elections.