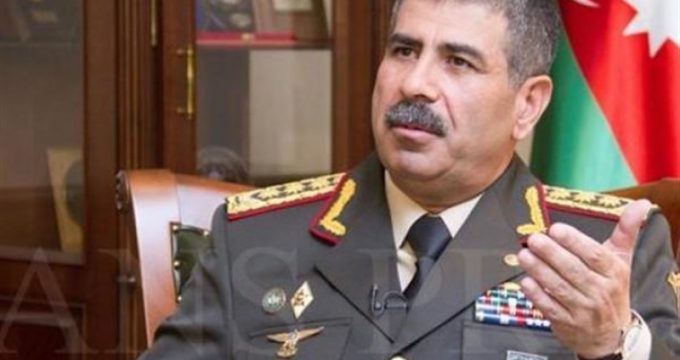 Azeri DM in Iran for talks

Tasnim– Defense Minister of the Republic of Azerbaijan Zakir Hasanov arrived in Tehran on Saturday for talks with Iranian officials on bilateral and regional issues.

Heading a high-ranking military delegation, the Azeri minister has travelled to Tehran at the invitation of his Iranian counterpart Brigadier General Hossein Dehqan.

Hasanov will be received in an official welcome ceremony on Sunday morning.

In addition to talks with Dehqan, the Azeri minister will hold meetings with other senior Iranian officials to discuss Tehran-Baku ties, as well as regional and international developments.