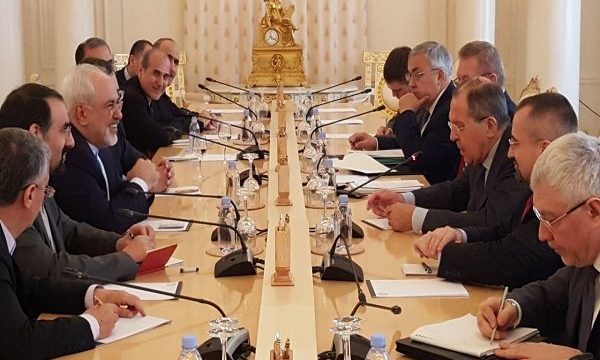 MOSCOW (Sputnik) — Russian Foreign Minister Sergey Lavrov and his counterparts from Syria and Iran, Walid Muallem and Mohammad Javad Zarif, will hold trilateral talks on joint efforts at resolving the Syrian crisis in Moscow on Friday.

“Growing extremist activities in our region call for the necessity to intensify cooperation between our countries, which are truly fighting terrorists and not supporting them,” Zarif said.

The three sides will consider joint steps to minimize the negative consequences of the “gross violation of international law” as well as the threat to international and regional peace and security that the US strike amounted to, the Russian Foreign Ministry said.

Friday’s talks will also go beyond the pressing diplomatic issues and will deal with trilateral relations at a deeper level.

On Tuesday, chairman of the Russian State Duma International Affairs Committee Leonid Slutsky said that a permanent parliamentary trilateral committee composed of Russian, Syrian and Iranian lawmakers may be established in the near future, with the decision expected to be made after the trilateral talks on April 14.